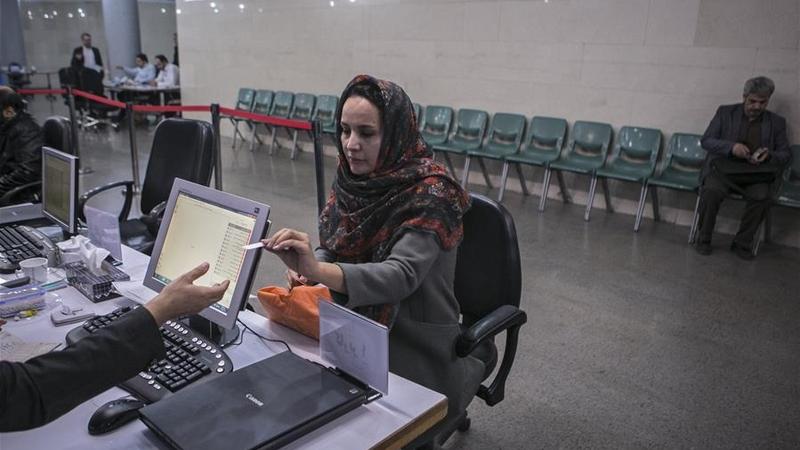 An Iranian woman registers her candidacy for Iran's parliamentary election at the Interior Ministry in Tehran, Iran, on Dec 2, 2019. (PHOTO BY AHMAD HALABISAZ / XINHUA)

According to Iran's Guardians Council of Constitution, the main entity in charge of vetting candidates, more than seven thousand candidates have been approved to compete in the February election.

Iranian people will go to the ballot boxes on Feb 21 to elect the lawmakers for 290-seat parliament.

Nearly 58 million Iranians are eligible to vote in the 11th round of parliamentary elections.

Out of eligible people to cast a ballot in the election, 50.13 percent are men.

The two main parliamentary camps, namely reformists and principalities, have issued the list of candidates they want to field.

Khamenei advised some Iranian media and officials to avoid "talking in a way to discourage people from attending the elections."

READ MORE: ISNA: Iran Guards to disclose new info on US base attack

He also said that the enemy "exaggerates" the disputes and uses them against Iran.

The Iranian top leader called for big turnout in the election, saying that it will disappoint the enemy.

According to the state TV, the 11th parliamentary elections and the midterm elections for the Assembly of Experts, a body whose members designate the country's Leader, are to be held simultaneously on Feb 21.