Hezbollah steps in to guide Iraqi militias in Soleimani's wake 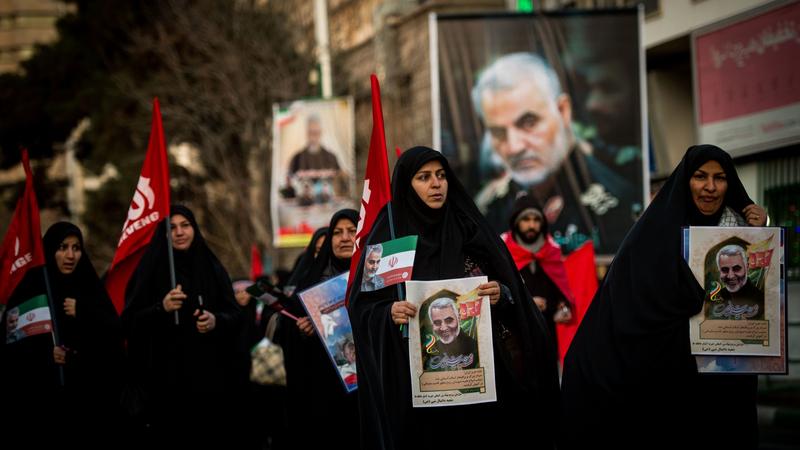 Crowds have gathered in Tehran to mourn Major General Qasem Soleimani and others killed in a US drone strike at Baghdad airport. (ALI MOHAMMADI / BLOOMBERG)

Shortly after Iranian Major General Qassem Soleimani was killed in a US drone strike in Iraq, the Lebanese organization Hezbollah urgently met with Iraqi militia leaders, seeking to unite them in the face of a huge void left by their powerful mentor’s death, two sources with knowledge of the meetings told Reuters.

The meetings were meant to coordinate the political efforts of Iraq’s militias, which lost not only Soleimani but also Abu Mahdi al-Muhandis, a unifying Iraqi paramilitary commander, in the Jan 3 attack at Baghdad airport, the sources said.

The meetings were meant to coordinate the political efforts of Iraq’s militias, which lost not only Soleimani but also Abu Mahdi al-Muhandis, a unifying Iraqi paramilitary commander, in the Jan 3 attack at Baghdad airport

While offering few details, two additional sources in a pro-Iran regional alliance confirmed that Hezbollah, which is sanctioned as a terrorist group by the United States, has stepped in to help fill the void left by Soleimani in guiding the militias. All sources in this article spoke on condition of anonymity to address sensitive political activities rarely addressed in public. Officials with the governments of Iraq and Iran did not respond to requests for comment, nor did a spokesperson for the militia groups.

The Tehran-backed militias are critical to Iran’s efforts to maintain control over Iraq, where the US still maintains some 5,000 troops. The country has experienced years of civil war since US forces toppled Saddam Hussein and more recently, the government - and the militias - have faced growing protests against Iran’s influence in the country. Iran helped found some Iraqi militia groups.

In the months ahead of his death, Soleimani had waded ever deeper into the Iraq crisis, holding meetings with the Iraqi militias in Baghdad as Tehran sought to defend its allies and interests in its power struggle with the United States, one of the two Iraqi sources said.

Hezbollah’s involvement marks an expansion of its role in the region. The Shi’ite group, founded by Iran’s Revolutionary Guards in 1982, has been at the heart of Iran’s regional strategy for years, helping Soleimani to train paramilitary groups in both Iraq and Syria. 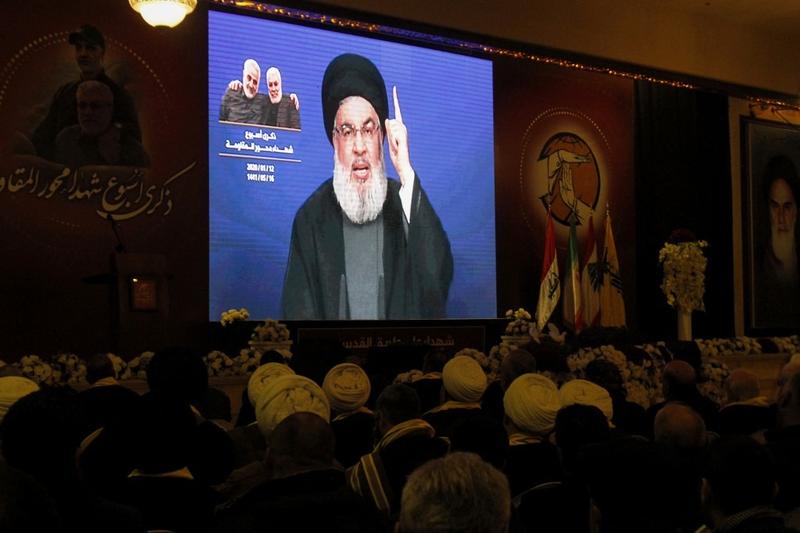 Supporters of the the Shiite Hezbollah movement watch as the movement's leader Hasan Nasrallah delivers a speech on a screen in the southern Lebanese city of Nabatieh on Jan 12, 2020. (MAHMOUD ZAYYAT / AFP)

One pro-Iran regional official said Hezbollah’s guidance of the militias would continue until the new leadership in the Quds Force - a unit of the Revolutionary Guards led by Soleimani since 1998 - gets a handle on the political crisis in Iraq.

The meetings between Hezbollah and Iraqi militia leaders began in January, just days after Soleimani’s assassination, the two Iraqi sources said. Reuters couldn’t confirm the number of meetings or where they took place. One source said they were in Beirut and the other said they were either in Lebanon or Iran.

Sheikh Mohammad al-Kawtharani, the Hezbollah representative in Iraq who worked closely with Soleimani for years to guide the Iraqi militias, hosted the meetings, the Iraqi sources said.

Kawtharani picked up where Soleimani left off, the Iraqi sources said. The sources said Kawtharani berated the groups, as Soleimani had done in one of his final meetings with them, for failing to come up with a unified plan to contain popular protests against the Baghdad government and the paramilitaries that dominate it. The government and militia groups have killed hundreds of protesters but not managed to contain the rebellion.

Kawatharani also urged a united front in picking a new Iraqi prime minister, the Iraqi sources said. Since then, former Iraqi communications minister Mohammed Tawfiq Allawi has been named - a development welcomed by Iran and accepted by the militia-linked parties it backs but opposed by protesters.

For now, Kawtharani is seen as the most suitable figure to direct Iraqi militias until a permanent Iranian successor can be chosen, although he possesses nowhere near Soleimani’s clout and charisma, according to the two Iraqi sources and a senior Iraqi Shi’ite Muslim leader.

“Kawtharani has connections with the militia groups,” the Shi’ite leader said, noting that he was born in Najaf, lived in Iraq for decades and speaks Iraqi dialect. “He was trusted by Soleimani, who used to depend and call on him to help him in crises and in meetings in Baghdad.”

One of the Iraqi sources close to the militias said that Kawtharani also met with the Iraqi populist cleric Moqtada al-Sadr, a powerful but unpredictable figure, to convince him to support the new Iraqi prime minister. As Reuters has reported, Sadr has given Allawi his support.

Kawtharani will face serious - perhaps insurmountable - challenges in filling the shoes of the leaders killed in the drone attack, the Iraqi sources close to the militias told Reuters.

“A lot of faction leaders see themselves as too big and important to take orders from,“ one Iraqi source said. “For now, because of pressure from Iran, they’re cooperating with him, but I doubt that will continue and the Iranians know that.”

One of the pro-Iran sources, a military commander, said Hezbollah’s involvement would consist of political guidance but stop short of providing manpower and materiel to retaliate for the Solemani killing. The militias “do not need Hezbollah’s intervention because they have the strength in numbers, combat experience and firepower,” the commander said.

Those groups are difficult to control while Hezbollah is seen as more disciplined. But like the rest of Iran’s network, Hezbollah risks stretching itself thin, a senior US official in the region and an Iraqi political leader said.

In recent years, Hezbollah’s role has grown considerably. It has fought in support of President Bashar Al-Assad in Syria and extended political support to the Iran-allied Houthis of Yemen in their war with a Saudi-led military alliance.

Iran is likely to rely partly on the clout Nasrallah, a figure who commands deep respect among Iran’s allies across the region, the US official said. Nasrallah is seen as overseeing Kawtharani’s efforts, according to a senior Shi’ite Iraqi leader.

READ MORE: ISNA: Iran Guards to disclose new info on US base attack

“I think ideologically, religiously, he’s seen as a charismatic figure to many of the Iraqi Shia militias,” the US official said, requesting anonymity because he was not authorized to speak on the record.

In two lengthy televised addresses, Nasrallah has paid homage to Soleimani and vowed to avenge his death.

He has also declared it a goal of Hezbollah and its allies to eject US forces from the region once and for all. US forces have been in Iraq since 2014 as part of a coalition fighting against Islamic State.

If the Iraqi militias have their way, sources close to them say, these troops will be the first to depart.