China facing up to terrible treble 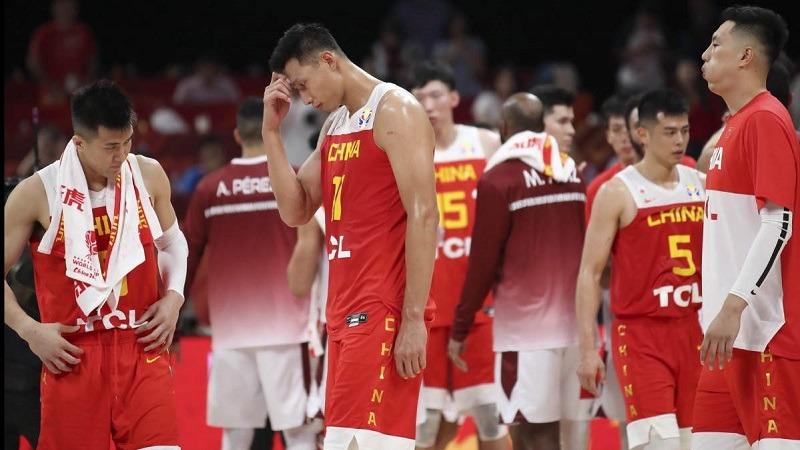 Team China basketball players struggle to come to terms with defeat to Venezuela at the FIBA World Cup on Sept 4, 2019 in Beijing. (PHOTO / XINHUA)

China's quest to widen its international sporting prowess has hit a "big-ball" bump after defeats in volleyball and soccer left the nation facing up to an embarrassing triple whammy of Olympic qualification failures.

Just two weeks into the Olympic year, China's men's volleyball and soccer teams saw Tokyo tickets slip from their grasp at their respective 2020 Olympic qualifying tournaments, with the nation's men's basketball squad widely expected to follow suit at their qualifying event in June.

At the AFC Under-23 Championship in Thailand on Sunday, a 2-0 defeat to Uzbekistan ended China's hopes of booking a spot in the men's soccer tournament in Tokyo. Combined with an opening 1-0 loss to South Korea, the result means China cannot emerge from its group to reach the quarterfinals of the tournament, where only the top three finishers earn qualification for the Tokyo Games.

Without breakthroughs at high-profile big-ball events, China will not cement its status as a global sporting power, even though we have won a lot of medals,

China has competed at the Olympics' soccer tournament twice-in 1988 in South Korea and in 2008 in Beijing.

About two hours earlier, China's men's volleyball team also missed out on the Games, for the first time since competing as host in 2008, by losing 3-0 to Iran in the final of the Asian zone qualifying event in Jiangmen, Guangdong province.

China's men's basketball team look set to complete a hat-trick of failures in June when it faces global heavyweights Canada, Greece and Turkey at a six-team qualifying tournament where just one Tokyo spot is up for grabs.

China's hoopsters find themselves in this predicament because of their failure to emerge from their group at last year's FIBA World Cup, where Iran secured Asia's only direct Olympic berth.

Gou Zhongwen, director of the General Administration of Sport of China, has said raising China's performances in the three so-called "big-ball games" is a priority for the country's central and regional sports authorities.

"By investigating challenges at the grassroots level, learning from the experiences of elite programs in other countries and hearing suggestions from all levels, we should build long-term development projects suited to our country's own conditions to improve performances in big-ball games as soon as possible," Gou said at a meeting of sports bureau chiefs last month in Beijing.

Since dominating the 2008 Olympics' medal table with 51 golds (with three in weightlifting stripped in 2017 for doping violations), China has shifted its sporting focus from maintaining supremacy in events it excels at - such as table tennis, badminton and gymnastics - to making breakthroughs in sports that are more popular worldwide - such as swimming, athletics and the big-ball games.

A series of reforms in domestic leagues in recent years have failed to yield instant results, with observers warning that greater attention needs to be paid to grassroots investment. 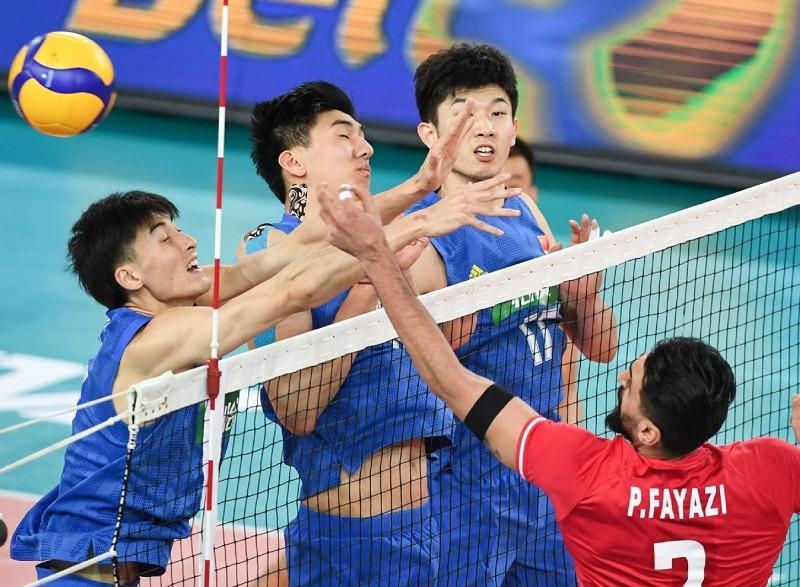 China's men's volleyball team was outplayed on Jan 12, 2020 by Iran, which secured the last ticket to the Olympics with a straight-sets victory to win the Asian zone qualification tournament. (PHOTO / XINHUA)

"Without breakthroughs at high-profile big-ball events, China will not cement its status as a global sporting power, even though we have won a lot of medals," said Yang Hua, a sports sociology professor and former president of Beijing Sport University.

"The development of these kinds of sports takes years of effort in building a pyramid system connecting grassroots participation with top leagues. There is no shortcut."

"If China had 10,000 players as good as I am at the moment, the level of our soccer team would've been much better than now and I wouldn't be worthy of so much money as I am paid," Gao told Soccer News.

Despite being a lucrative destination for foreign players, soccer's Chinese Super League consistently fails to develop enough talent for the national program, with the majority of investment directed toward luring big-name imports rather than nursing homegrown talents.

The Chinese Basketball Association has been guilty of a similar reliance on foreigners to the detriment of its young hoopsters, underlined by the host's FIBA World Cup debacle last year. 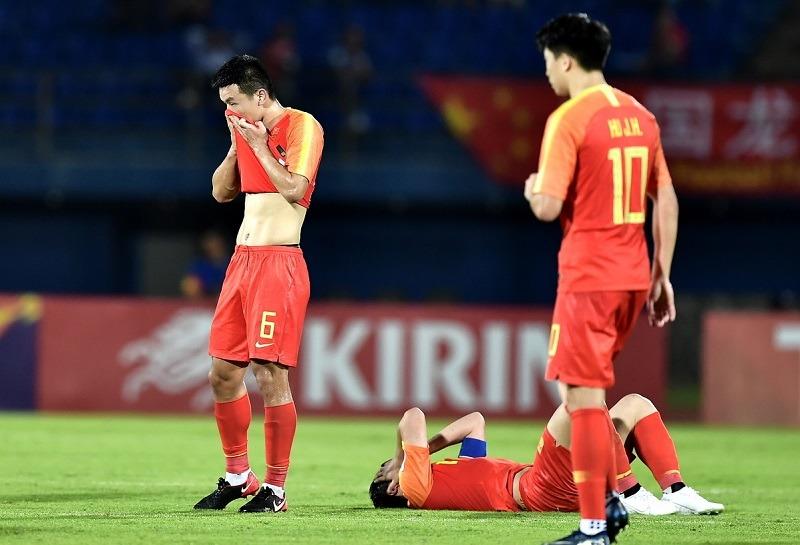 China's Under-23 players cut dejected figures after a 2-0 defeat to Uzbekistan at the AFC U23 Championship on Jan 12, 2020 ended their hopes of qualifying for Tokyo 2020. (PHOTO / AGENCIES)

Aimed at curbing excessive spending on foreign imports and providing local talents more minutes in league matches, both the CSL and CBA have introduced salary caps to further limit the use of imported players starting from next season.

The CBA has also been expanding its summer league since the tournament's debut in 2017 to involve more players who have been developed from youth programs, such as the collegiate system and regional amateur leagues.

Hoops legend Yao Ming, who was voted CBA chairman in early 2017, said the governing body won't compromise on its commitment to build a solid foundation for the sport despite the national program's disappointments in 2019.

"Only by improving the quality of the league can we develop more talent for the national program. The poor performance of the national team at the World Cup won't discourage us to keep building our league in the right way," Yao told Xinhua on Sunday during the CBA All Star Weekend in Guangzhou.