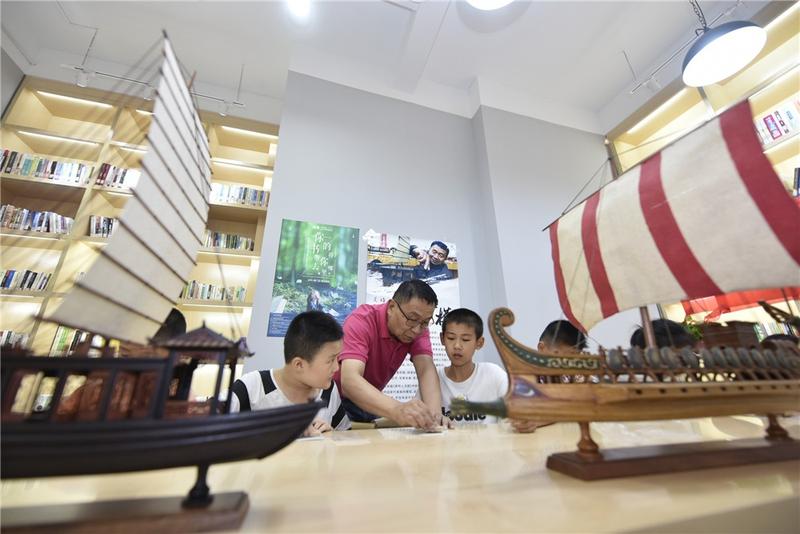 HEFEI－Wearing a mask and gloves, Wu Pei, 65, carefully worked the wooden steps on the scale model of the famed Swedish warship Vasa with a file and then polished them with emery paper.

"The middle part of the steps should be made to look dented and old, like the original ship," said Wu in his workshop in Hefei, Anhui province.

In an era when ships are no longer the main mode of transportation for travelers, Wu has spent 30 years painstakingly recreating old ships from different eras and countries

In an era when ships are no longer the main mode of transportation for travelers, Wu has spent 30 years painstakingly recreating old ships from different eras and countries.

His 300-square-meter workshop is packed with handmade models of warships, fishing boats and schooners. Many of his works have been exhibited in local museums.

"Each ship has its own story and is part of history. I want to keep the history alive through these ships," the model-ship maker said.

Growing up by the Yangtze River, Wu was fascinated by the vessels that passed along the waterway. His interest grew further when hearing his father tell stories about sailing.

"I have liked handiwork since childhood. I tried to carve a small stone boat during my summer vacation," Wu recalled, thinking of his first handmade boat.

His various work experiences as a carpenter, painter and carver paved the way for making model ships. In the 1990s, Wu decided to focus on the pursuit full time after the factory he worked in was closed.

"Building model ships demands great patience and meticulousness, and it can take months and sometimes even more than a year to complete one," said Wu, adding that all the models are built from scratch, using wood and wire for the hull and canvas for the sails. 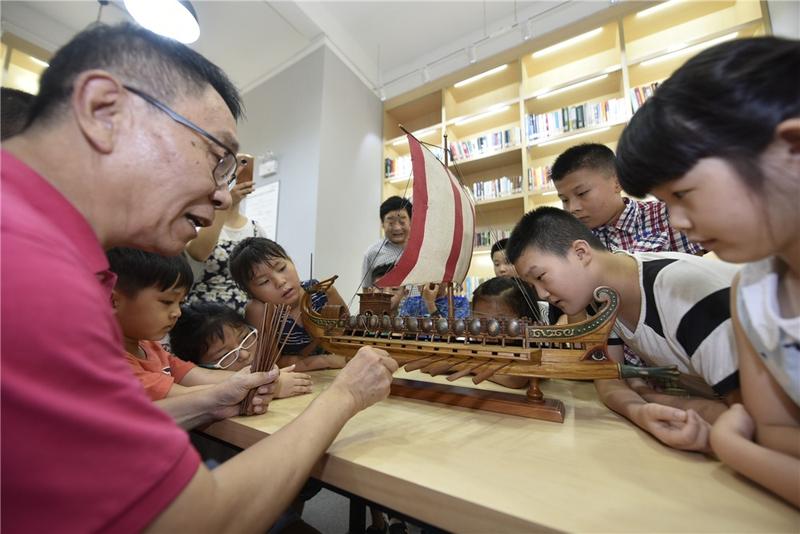 However, the biggest challenge is not making a ship, but researching information about it before starting a project.

"We have to respect history and try to recreate the ancient ships according to the historical records rather than by imagination," said Wu, adding that the lack of original drawings of many ancient Chinese vessels made the process even harder.

In one case, Wu spent two and a half years making a treasure ship, a large wooden vessel in the fleet of Admiral Zheng He, who led seven expeditionary voyages during the Ming Dynasty (1368-1644).

"There are no clear records left about its layout and facilities, and I had to find clues from many places and piece them together like completing a jigsaw puzzle," Wu said.

After searching in many public libraries, he even asked a friend in Japan to help him find an art collection that could shed light on the ship's original look.

His final work, a miniature 4 meters high, 3.2 meters long and 1.2 meters wide, retains as much detail as the original, with a watchtower, anchors, guard bars, lamps and dozens of cannons. 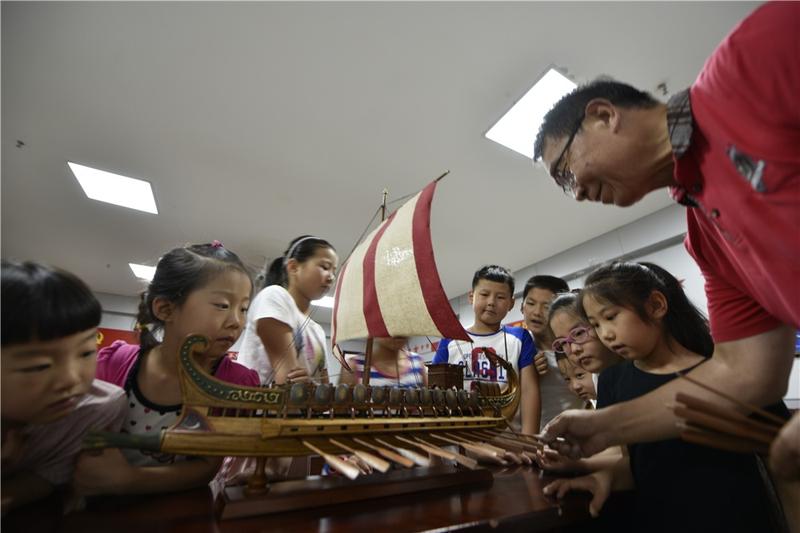 "Ships are also cultural icons, which reflect different cultures, economies and history at different times and regions," Wu said. "The culture embodied in these ships is the part that captivates me the most."

Wu has made a 6-meter ancient Chinese passenger ship, based on a 10-centimeter drawing from the Song Dynasty (960-1279). He was impressed by the wisdom of the ancient people.

"This ship is well-equipped. There are beautifully carved windows, comfortable tables and seats for passengers to have a rest and even coops to raise chickens," Wu said.

He reproduced all the components, including windows, doors and movable rudders and lighting.

Besides Chinese ships, he has also made many Western ships including an ancient Roman warship. "This ship dates back to 50 BC and is shaped like a dolphin because ancient Romans adored dolphins," Wu said.

He has made a total of 600 model ships and hopes to create more famous ancient ships.

To his relief, Wu's daughter and several young people are learning the craft with him, and he hopes they will take up the baton one day. Each Monday, he also teaches students about model ships at a primary school in Hefei.

"I hope more people have access to this type of craftsmanship and understand the traditions and history behind the model ships," Wu said.