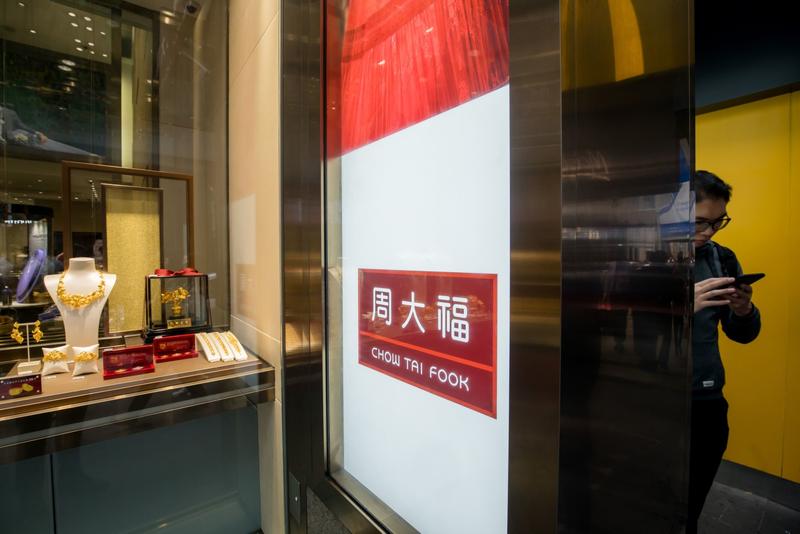 Chow Tai Fook Jewellery Group Ltd. said it plans to shut about 15 of its Hong Kong stores after their leases expire this year, in a sign that major retailers are starting to withdraw from the city’s economy as protests continue.

In the first significant pullback by a luxury retailer after months of fiery demonstrations that have driven tourists away, the world’s second-most valuable jewelry chain said in an emailed statement Tuesday that it will not renew the leases of a “mid-teens” number of stores in the year starting April.

Chow Tai Fook is closing the stores because it expects “macro headwinds” to continue to have an impact in the next six to 12 months, it said. Besides the protests that have at times crippled the city, volatile gold prices and US-China trade tensions are also weighing on the company’s outlook.

The company currently has 86 Chow Tai Fook retail outlets and five stores under other brands in Hong Kong. It is the second largest jeweler in the world by market value, after Tiffany & Co.

The city’s retail and tourism sector are poised for contraction after six months of depressed sales and a lackluster Christmas season. Hong Kong, with its zero sales tax and plush shopping malls, was previously a gateway for luxury brands to reach Chinese consumers, who were known to travel to the city with empty suitcases meant to be filled up with shopping to take home.

With the number of tourists now at a record low, the first quarter of 2020 is likely to bring a reckoning for retailers: more than 5,600 retail jobs could be lost and thousands of stores shut down in the first half of 2020, according to a recent survey. Prominent restaurants and bars have also announced closure plans, while cosmetics retail chain Sa Sa International Holdings Ltd. said it was likely to shutter 30 stores in Hong Kong this year. 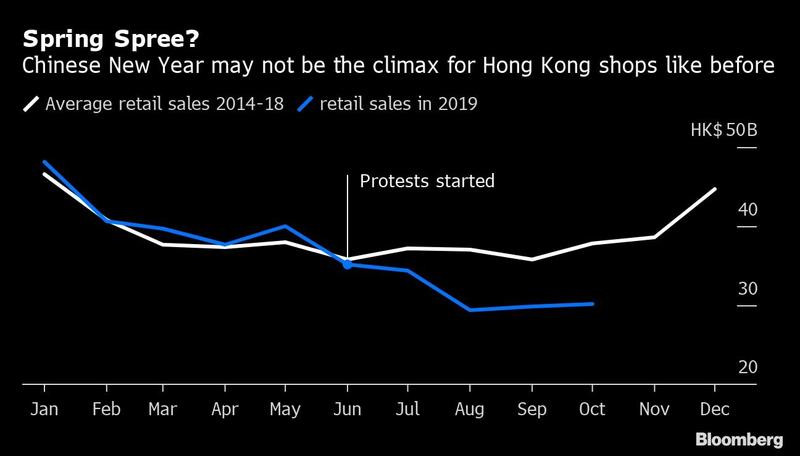 Chow Tai Fook said that its store closures will mainly be located in tourist districts such as Causeway Bay, Mong Kok and Tsim Sha Tsui an

The Lunar New Year, when spending traditionally peaks in Hong Kong amid a flood of vacationing mainlanders, will also likely not provide its usual boost. Visitor numbers plunged 53% during Christmas week compared with a year earlier, according to local media reports.

Chow Tai Fook said that its store closures will mainly be located in tourist districts such as Causeway Bay, Mong Kok and Tsim Sha Tsui and that it will continue to review store productivity and optimize its retail network in Hong Kong.

The jeweler, controlled by the billionaire Cheng family, has seen same-store sales fall for three consecutive quarters in Hong Kong and Macao. It’s now focused on Chinese mainland, where it plans to add 600 new stores in the year ending March 31.