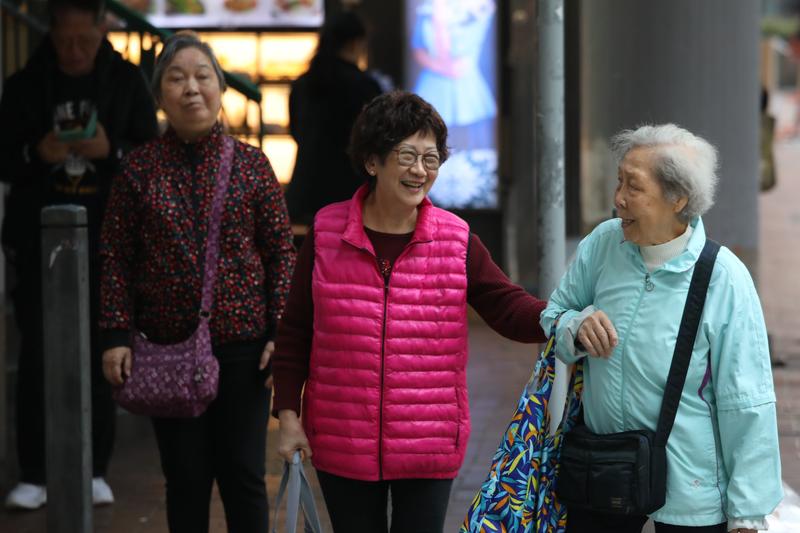 HONG KONG - Hong Kong Chief Executive Carrie Lam Cheng Yuet-ngor on Tuesday pledged HK$10 billion (US$1.3 billion) in new relief measures to prop up an economy as it grapples with months of protests that have hurt business confidence in the city. 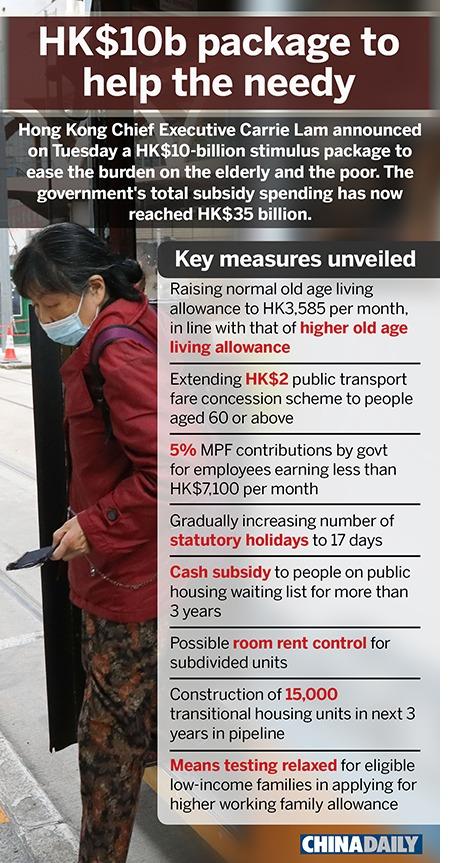 Hong Kong sank into recession for the first time in a decade in the third quarter as the sometimes violent protests forced businesses to shut and scared away travellers.

The proposed new spending brings the global financial hub's total stimulus to HK$35 billion since this summer, when protests stemming from the extradition bill incident escalated and have since taken a heavy economic toll, especially in the tourism and retail sectors.

The measures target the elderly, unemployed and low-income residents, with plans to provide cash handouts among other benefits.

The cap of total asset value for an elderly person to apply for the allowance will also be increased to HK$500,000, Lam said.

The latest move is expected to benefit about 560,000 people and cost the government HK$5 billion a year.

Lam also announced to extend the HK$2 transport fare concession to those age 60 and older, from age 65 currently, which translates to an extra HK$1.7 million in recurrent expenditure. About 576,000 elderly people aged 60 to 64 are expected to benefit.

To enhance labor welfare, the government has proposed to increase the number of statutory holidays from 12 to 17 days, subject to discussions with the business sector.

At present, some 30 percent of workers in Hong Kong do not enjoy holidays on Easter, Buddha’s Birthday and the first weekday after Christmas Day.

On Monday, Lam joined other government officials at a regional financial forum in praising Hong Kong's resilience as a financial hub, saying its "strengths and resilience, just like our financial systems, have not been undermined despite (the fact) that we experienced considerable social unrest and challenges".