Giammattei takes office under US pressure on asylum 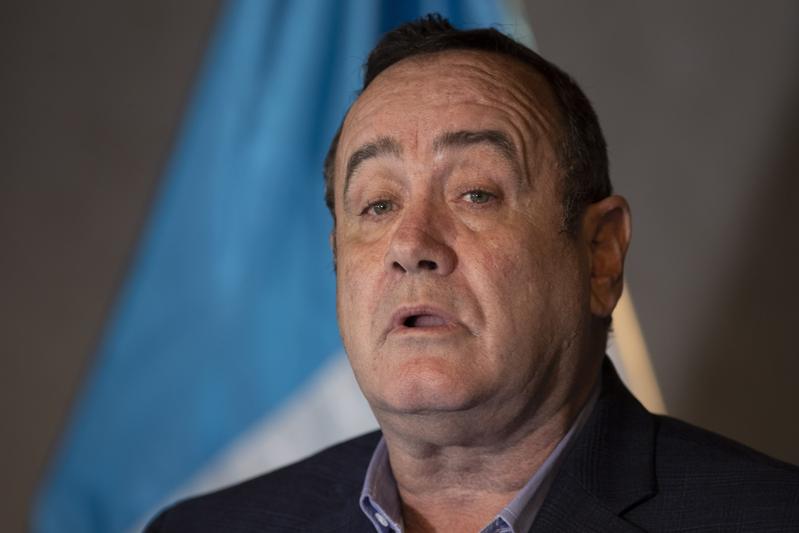 GUATEMALA CITY — Guatemala’s new president takes office on Tuesday under pressure from the Trump administration on immigration and security and must decide his government’s stance quickly on a US asylum agreement he previously opposed.

A conservative former surgeon and ex-prison chief, Alejandro Giammattei, 63, ran for top office three times before his victory in an August runoff on a tough-on-crime platform that included returning the death penalty.

“We will bring back the peace this country so dearly needs,” he told reporters on Monday, promising to overhaul the Central American nation’s security forces and restructure ministries.

We will bring back the peace this country so dearly needs

But at the top of his to-do list will be a decision on whether to roll back or expand an agreement with the United States forged by outgoing President Jimmy Morales that makes Guatemala a buffer zone to reduce US asylum claims.

Acting US Homeland Security Secretary Chad Wolf, part of the US delegation headed by Commerce Secretary Wilbur Ross for the inauguration, is expected to push Giammattei to expand the agreement to include Mexicans.

Giammattei, who in the past has suggested he would seek to change the Asylum Cooperation Agreement (ACA), appeared to soften his stance on Monday, saying he had not yet seen the deal’s details.

Guatemala is central to US President Donald Trump’s escalating efforts to end illegal immigration and asylum claims from people making their way to the southwestern US border.

Guatemala is one of Latin America’s poorest and unequal nations, with poverty increasing since 2000 despite strong economic growth rates, according to the World Bank. US officials have threatened it with economic consequences if it fails to accept the ACA.

Under the deal, implemented in November, the United States sends Hondurans and El Salvadorans seeking asylum at the US-Mexico border to Guatemala to ask for refuge there instead.

As of Friday, 128 Salvadoran and Honduran asylum seekers had been sent as part of the agreement, according to the Guatemalan Migration Institute. Only a handful have applied for asylum in a country that is itself a major source of US bound migrants. Others have returned home.

Giammattei inherits a nation suffering from the corrosive effects of drug trafficking on politics and the distrust sowed by last year’s forced departure of a United Nations-backed anti-corruption body.

Another looming decision will be whether to act on the recommendation of a congressional panel last week that judges and investigators who worked with the anti-corruption body, known as CICIG, be arrested.

CICIG helped topple sitting President Otto Perez Molina on corruption charges in 2015 and put dozens of politicians and businessmen behind bars, before a backlash led Morales to drive the body from Guatemala in September.

Morales, himself investigated by the agency on election financing charges he denies, is due to be sworn into the Central American parliament a few hours after he leaves office, in a position offering him immunity.

But the freedom with which drug traffickers influence politics is a challenge. Ahead of last year’s election, presidential candidate and occasional Morales ally Mario Estrada was arrested in Miami on charges of seeking funding from drug cartels and conspiring to assassinate rivals.

“We realized that narco-trafficking here is among the most intense in the region,” Luis Hernandez Azmitia, an outgoing congressional representative of the Movimiento Reformador party told Reuters.

Last year, 49 drug-smuggling aircraft used by cartels were found in Guatemala, according to local media reports. Authorities invoked emergency powers to regain control of one area of the country, where coca plantations and cocaine laboratories were discovered hidden in the hills.