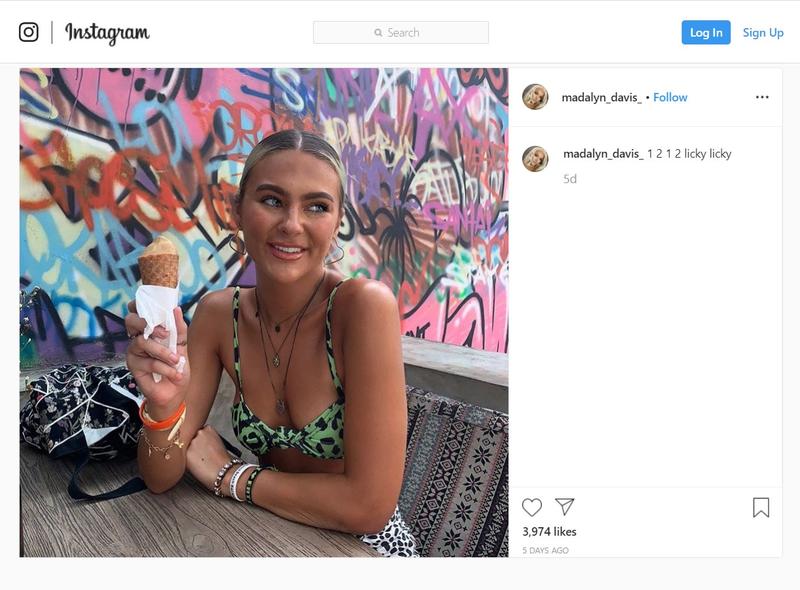 This screenshot shows a photo posted on the Instagram account of British model Madalyn Davis on Jan 9.

SYDNEY — Local authorities in Sydney Harbor are undertaking an independent risk assessment at all coastal reserves, after the tragic death of a 21-year-old British model at an infamous "selfie hotspot."

"I am horrified and saddened that another person has tragically lost their life on our coastline," Waverley council Mayor Paula Masselos told Xinhua in a statement on Tuesday.

"We will be working with the police as they conduct their enquiries over the coming days to review how this tragic incident occurred over the weekend, and whether any other additional measures can be undertaken to improve the safety of the area."

According to police, Madalyn Davis had left a party on Sunday morning with friends to watch the sun rise at the picturesque Diamond Bay Reserve lookout.

Reported to have fallen over 30 meters, her body was officially identified on Monday after being recovered from the bottom of the cliff.

With over 14,000 followers on Instagram, family, friends and followers paid tribute to the beloved young woman.

"RIP Madalyn," one woman said. "Such a beautiful soul, you just loved living life to the fullest, you were one of the nicest people, the most beautiful! you'll be missed so much, you really were taken too soon."

Davis is the second person to have died at the lookout, a world renowned backdrop for social media obsessed travelers, in just three months.

"In the aftermath of the fatality at Diamond Bay in September last year, we have increased ranger patrols, and upgraded signage clearly outlining the dangers of the cliffs in both text and universally recognised icons," Masselos said.

"I strongly urge people to heed our warnings and act in their best interests and safety. Cliffs are dangerous, stick to the paths and boardwalks. Do not climb fencing and balustrades, and obey signage."