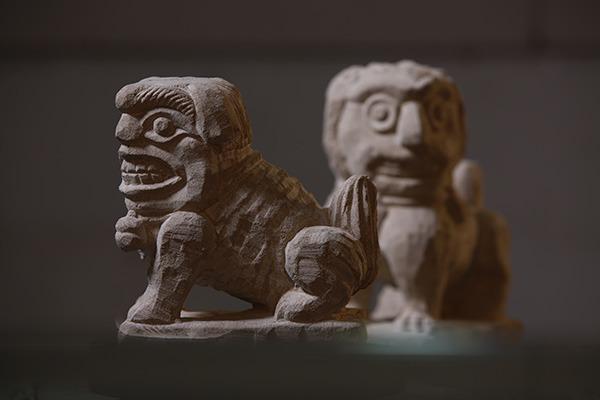 When former advertising executive Luo Yicheng launched a project to record and revitalize traditional craftsmanship across China in 2015, he didn't expect it to go this far.

We have to appreciate that intangible cultural heritage is like a living organism. When it's gone, it's gone－and something new will occur. However, we can at least find a small group of dedicated artisans and support their work, and help prolong the lives of these crafts.

The 42-year-old from Hunan province smiles when he recalls how his 8-year-old child talked about him in front of his classmates: "I don't know what my father's job is."

Indeed, it's not easy to give a clear definition of what he does to this day. Since quitting his lucrative position in the advertising industry, he has traveled to every Chinese provincial-level region over the past four years looking for ways to save disappearing intangible cultural heritage.

"Only when the techniques survive will we have a place where we can hold onto our memories," Luo says.

ALSO READ: Cultural trends under the spotlight as experts look to the future

He has interviewed over 200 craftspeople nationwide, delivered lectures and published books on his cultural explorations to arouse public interest. Luo's most recent project was released on Saturday.

The 12-episode documentary, Qiu Tong Cun Yi (Seeking Similarities Where There Are Differences), was released on the Tencent Video platform.

In the series, Luo selects six pairs of artisans from the Chinese mainland and Taiwan, and shares the similarities between their works, whether they are creating handmade ceramics, traditional musical instruments, ancient-style swords, woodblock prints, stone carvings or knitting.

For example, Liu Bijian from Hubei province, has spent 40 years restoring lacquered musical instruments like the guqin (Chinese zither) and se (a 25-string plucked instrument), which were unearthed during archaeological digs. Wang Ten-en has devoted his time to making these in Taiwan but introduces elements of modern design. 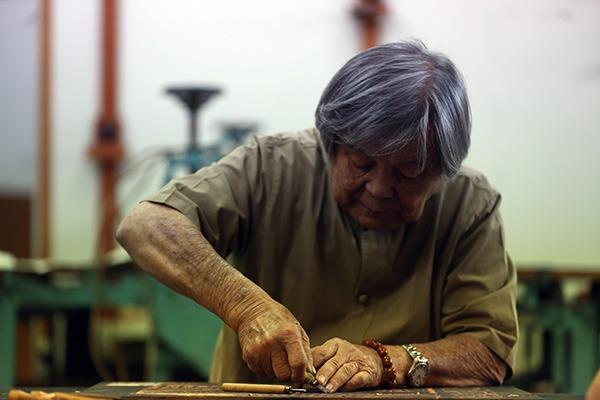 Master potter Liu Kunting, a national-level inheritor of intangible cultural heritage from Hunan province, is the third generation of his family to continue the craft. His peer in Taiwan, Tien Cheng-tai, has retained a simple rural lifestyle over the last 30 years to perfect exceptional traditional patterns in his pottery by sending his creations back to the kiln repeatedly.

"I thought Taiwan might simply have developed new ways of integrating traditional craftsmanship into modern life," Luo explains as his motive for shifting his attention across the Straits. "However, the longer I worked on this project, the stronger my emotional connections with Taiwan became."

Luo recalls an interview with an artisan making "cloth tigers", a traditional kind of doll from Shanxi province. When the artisan traveled to Taiwan for an expo, a local buyer was quick to thank her afterward. The buyer's father, a former Kuomintang soldier from Shanxi, left the Chinese mainland for Taiwan in 1949 and never returned.

"The old man had been in coma for a long time and hardly responded to his environment," Luo says.

"But the artisan told me emotionally that when the cloth tiger was taken to the father's bedside, tears began to stream down his face.

"That tiger aroused his childhood memories," Luo adds. "This case also made me determined to record more of these emotional links, and Taiwan became the particular focus of my interviews." 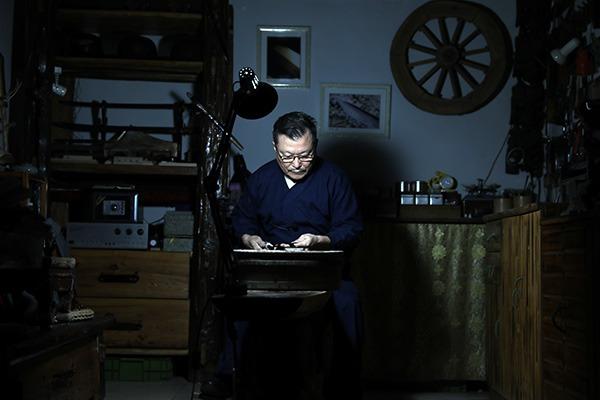 Yan Min, an artisan from Hebei province, restores ancient swords. They are among 12 artisans featured in the new online documentary. (PHOTO / CHINA DAILY)

In the documentary, similar folk-art genres often show shared cultural roots. While woodblock printing from Kaifeng, Henan province, portraying "door gods"－pairs of guardians that are hung on the front doors of people's houses to ward off evil spirits－found resonance on both sides of the Straits, the wood carvings in Taiwan centered more around Mazu, a goddess who protects mariners, and offers peace and prosperity to Chinese coast dwellers.

And Kuo Chang-hsi, the Taiwan blacksmith best known for making a sword as a prop for Ang Lee's film, Crouching Tiger, Hidden Dragon, also recalls the days when he traveled to the Chinese mainland to research ancient swords when cross-Straits transport links were not direct.

"Thanks to traditional craftsmanship, people on the both sides of the Straits are not seen as strangers," Luo says.

Luo says he aims to expand his documentary projects to cover artisans and traditional craftsmanship in overseas Chinese communities.

After all, his persistence is a race against time. The eldest artisan he interviewed for the series was 107 years old, but he recently died.

"We have to appreciate that intangible cultural heritage is like a living organism," he says. "When it's gone, it's gone－and something new will occur. However, we can at least find a small group of dedicated artisans and support their work, and help prolong the lives of these crafts," Luo says.

"We just want to ensure that these artisans can make a decent living," says Zhu Yan, a cinematographer from the series. "It's good to achieve this through the warmth of our lenses." 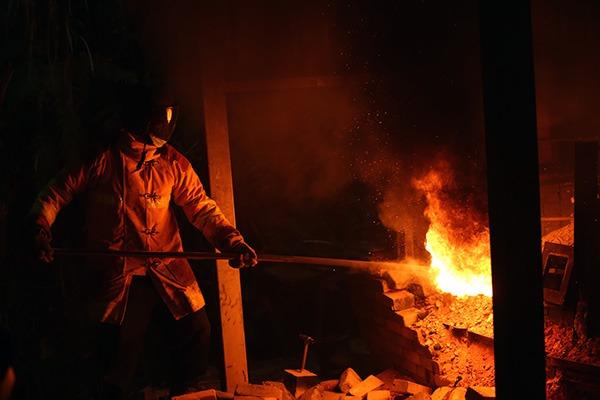 For example, after they highlighted a type of traditional stone-carved lion statues from Shaanxi province－a dying art that was placed in children's bedrooms as protective deities－some collectors began to order works from the artisans and have helped them to make ends meet.

"We are now living in a more affluent age," Luo says. "Consequently, we cannot expect people today to rely on intangible cultural heritage as they did in the past. Inevitably, traditional craftsmanship will become an ever-shrinking circle.

"I don't want these artisans to become overnight celebrities because of my documentaries," he says. "If demand for their works skyrockets and goes beyond their capacity, their outstanding personal techniques could easily be taken over by brands－products made by others that simply carry their labels. This will make the whole process meaningless."

READ MORE: An exhibition about relics and artifacts related to the rat, the first of the Chinese zodiac animals

Li Xiaoke, a renowned ink-wash painter, has also offered support to these artisans. He has ordered products from an ink-maker involved in Luo's project.

"If we look back at the grand architecture or the Buddhist grottoes of ancient China, we will see that most historic monuments were built by ordinary artisans who remain anonymous," Li says. 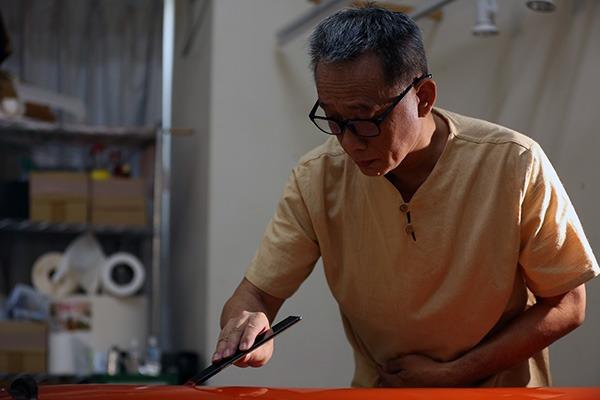 "We should honor these artisans today. Their lifetimes of persistence are much more than simply about making livings. Their works of intangible cultural heritage should prompt us to re-evaluate our modern lives, both culturally and emotionally." 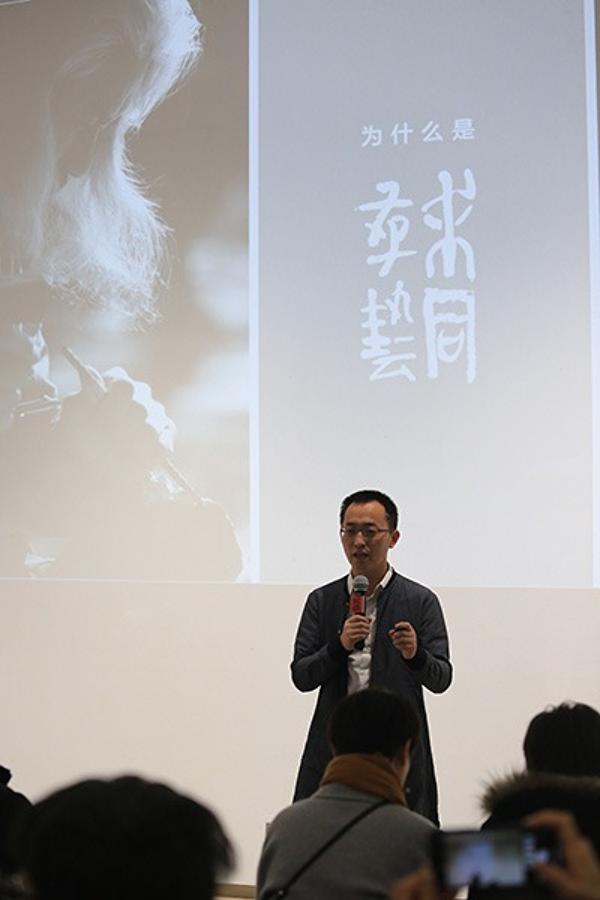