Veron: No feud with Maradona 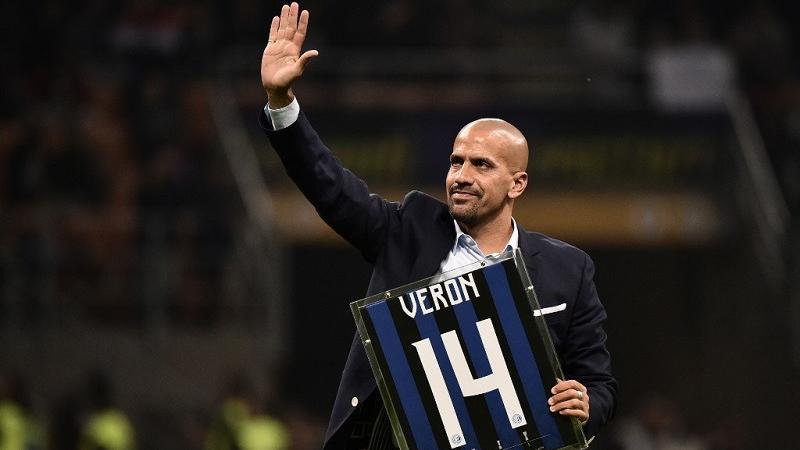 Former Inter Milan and Lazio Argentine midfielder Juan Sebastian Veron, holding a jersey he received during a career achievement ceremony, acknowledges the public during half-time of the Italian Serie A football match Inter Milan vs Lazio Rome on March 31, 2019 at the San Siro stadium in Milan. (MARCO BERTORELLO / AFP)

BUENOS AIRES - Former Manchester United midfielder Juan Sebastian Veron played down reports of his supposed feud with Diego Maradona and wished the Argentina legend well in his role as head coach of Gimnasia.

"Relationships always change. I will always respect Maradona the player for what he gave me in my adolescence," Veron told reporters on Monday.

Relationships always change. I will always respect Maradona the player for what he gave me in my adolescence

"Everything he says and does has no impact on me. I wish him well with Gimnasia and I hope he saves them from relegation because it's very important for the city (La Plata)."

Veron and Maradona were both teammates at Boca Juniors in the 1990s. They were reunited with Argentina's national team from 2008 to 2010 when Maradona was head coach and Veron was at the end of his playing career.

However, the pair fell out in 2016 over a disagreement related to the running of the Argentinian Football Association. Later that year they had a heated verbal exchange on the pitch during a charity match in Rome.

Veron is now the president of Estudiantes, who share a fierce rivalry with their La Plata rivals Gimnasia.