China envoy calls to carry out 2016 peace accord in Colombia 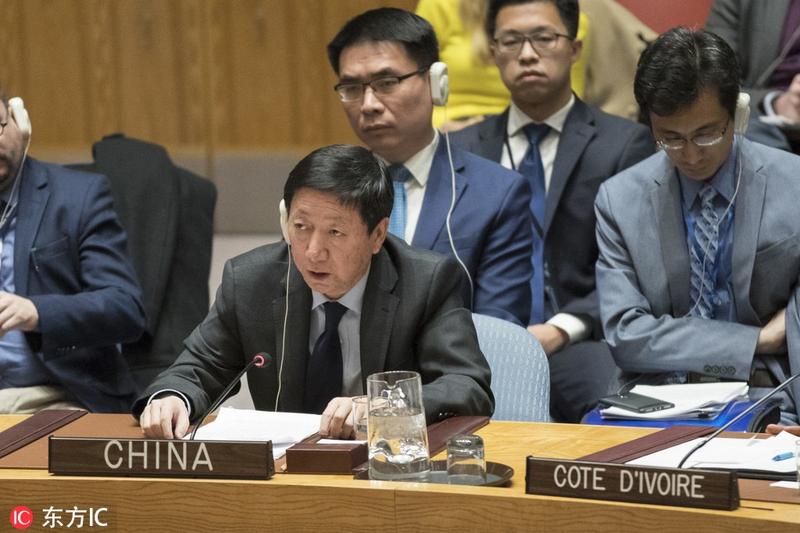 UNITED NATIONS — A Chinese envoy on Monday called for continued efforts toward the implementation of the peace agreement between the Colombian government and the Revolutionary Armed Forces of Colombia (FARC).

The peace agreement reflects the aspirations of the parties in Colombia for peace, development and prosperity, and represents the broadest consensus in the country, said Wu Haitao, China's deputy permanent representative to the United Nations.

Security in some areas remains fragile and the safety of former combatants and social workers is at risk, Wu Haitao noted

So far, there has been much progress in the peace process, but much remains to be done for the full implementation of the 2016 peace agreement, he told the Security Council.

Security in some areas remains fragile and the safety of former combatants and social workers is at risk, he noted.

Wu expressed the hope that the Colombian government and all the other parties concerned will treasure the hard-won progress and take up their respective responsibilities and obligations.

He encouraged them to bear in mind the fundamental interests of their country and continue consultations with patience in order to iron out their differences and to work with the UN Verification Mission in Colombia toward greater progress in the peace process.

China is ready to work with other members of the Security Council in supporting the efforts of the Colombian government, the dialogue among the parties, the work of the UN Verification Mission in Colombia, and the peace process, said Wu.

China hopes that the UN mission, while respecting the sovereignty, independence, unity, and territorial integrity of Colombia, will play a greater role in promoting peace and stability in the country.

The Colombian government and FARC struck a peace deal in August 2016 after four years of negotiations in Havana, Cuba, ending a five-decades-long conflict in the country. The UN Verification Mission in Colombia is tasked to verify the reintegration of former FARC fighters.