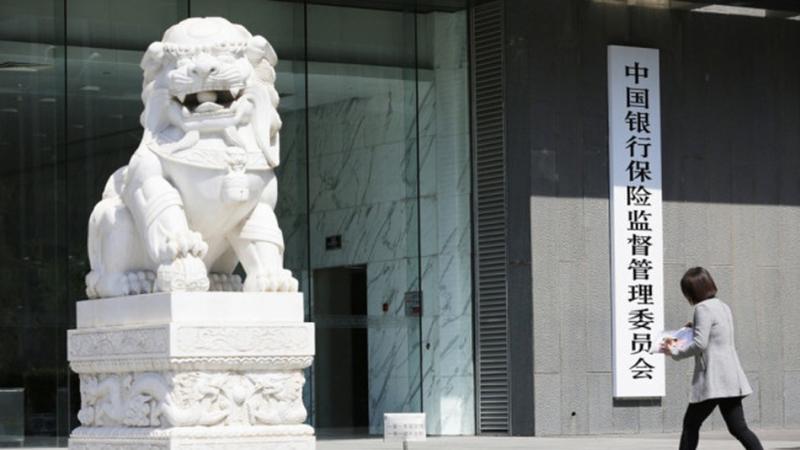 In this April 8, 2018 photo, a pedestrian walks past the headquarters of China Banking and Insurance Regulatory Commission (CBIRC) in Beijing, China. (PHOTO / IC)

BEIJING — China has seen significant progress in containing financial risks in 2019 with authorities strengthening regulation and reining in major risks.

China disposed of a total of 2 trillion yuan (around US$288.75 billion) of non-performing loans last year, Huang Hong, vice-chairman of the China Banking and Insurance Regulatory Commission, told a press conference Monday.

Shadow banking assets shrank by 16 trillion yuan in the past three years from the peak level, while the growth of real estate loans fell by 3.3 percentage points year-on-year.

The number of peer-to-peer (P2P) platforms declined 76 percent at the end of last year compared with early 2019, with P2P loan balance and number of participants decreasing for 18 consecutive months

The number of peer-to-peer (P2P) platforms declined 76 percent at the end of last year compared with early 2019, with P2P loan balance and number of participants decreasing for 18 consecutive months.

The regulator will continue to contain financial risks, curb shadow banking, prevent loans from flowing into the property sector in an improper way and prevent hidden debt risks, said Huang.

The risks of China's banking and insurance institutions were generally manageable, said an official with the China Banking and Insurance Regulatory Commission (CBIRC) at a press conference Monday.

"All operational and regulatory indicators are within a reasonable range," said Xiao Yuanqi, Chief Risk Officer with CBIRC.

Xiao said some specific small and medium-sized institutions did have high risks, and some risks were exposing.

The CBIRC has always been vigilant and conducted inspections of these institutions, said Xiao, adding that it has launched list system management to defuse the risks.

Efforts have been made including urging the institutions with high-level of risks to dispose of non-performing loans, and strictly screening their new loans.

In addition to conventional means, the CBIRC will also take such measures as introducing new strategic investors, and promoting merging and restructuring through market-oriented and legal means, said Xiao.