Ireland's PM heads for poll with Brexit win in hand 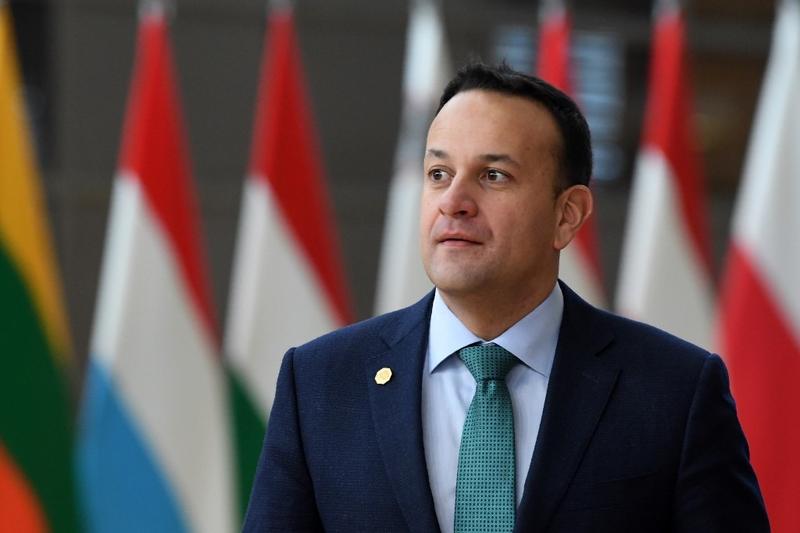 In this Dec 13, 2019 photo, Ireland's Prime Minister Leo Varadkar arrives for the second day of a European Union Summit at the Europa building in Brussels. (ALAIN JOCARD / AFP)

Irish Prime Minister Leo Varadkar set the stage for a general election within weeks, gambling that a strong economy and his success toward shaping a Brexit deal will strengthen his hold on power.

With Brexit and Northern Ireland dealt with, Irish opposition parties have increased pressure on PM Leo Varadkar’s minority administration, questioning its record on health and homelessness

Seeking to seize the political moment, Varadkar said on Sunday he had decided on a date and would reveal it publicly after briefing colleagues. A vote is likely on Feb 7, the Sunday Times reported.

The son of an Indian immigrant father and an Irish nurse, Varadkar succeeded Enda Kenny as premier in 2017. On his watch, unemployment has continued to fall and the economy is among the European Union‘s strongest. A breakthrough with UK leader Boris Johnson helped clinch a deal that will keep the Irish border invisible after Britain leaves the bloc -- and raised his profile.

For Varadkar, 40, it might be about cashing in his chips while he is on a high. “We have a deal on Brexit — in many ways, that was the big job for this government,” he said in an interview with broadcaster RTE in Dublin.

The UK is set to leave the bloc at the end of the month and begin talks on trade right after. Johnson wants that part concluded by the end of the year. The EU’s executive arm, the commission, is skeptical that can be achieved in 11 months. This delicate phase of talks will affect Ireland, which has strong commercial links with the UK across the sea.

The border between Ireland and Northern Ireland dogged the divorce talks between the UK and the EU for two years before Johnson agreed to keep Northern Ireland in the EU’s customs union and large parts of its single market.

Momentum has recently built behind Varadkar, who will meet with Johnson in Belfast on Monday. On Saturday, Northern Ireland’s power-sharing assembly reconvened, ending a three-year deadlock after a deal brokered by his government working in lockstep with UK administration.

Johnson and Varadkar will meet the region’s leaders, spearheaded by Arlene Foster, Northern Ireland’s First Minister. Foster told the BBC on Monday she wants Johnson to explain how trade barriers will be avoided between the region and the rest of the UK after Brexit.

With Brexit and Northern Ireland dealt with, Irish opposition parties have increased pressure on Varadkar’s minority administration, questioning its record on health and homelessness.

That’s another reason to act fast. Polls suggest a tight race and the Greens could emerge as a deciding political force. Support for Varadkar’s Fine Gael party and for Fianna Fail, the biggest opposition party, was level at around 27% each in the most recent survey.

The premier’s biggest risk may be voter fatigue.

Fine Gael took power in 2011 during Ireland’s worst economic crisis since World War II. Aided by long-term investment from U.S. companies such as Apple Inc, Irish unemployment has dropped below 5% and the economy is forecast to expand more than 4% this year. Even so, Fine Gael lost four special elections for vacant parliamentary seats in November.

Meanwhile, Varadkar is keeping his opponents on their toes on the exact election date. “There is some unfinished business to do which I want to get done and there is some respect of protocol around this,” he said.