Kicking off a new chapter 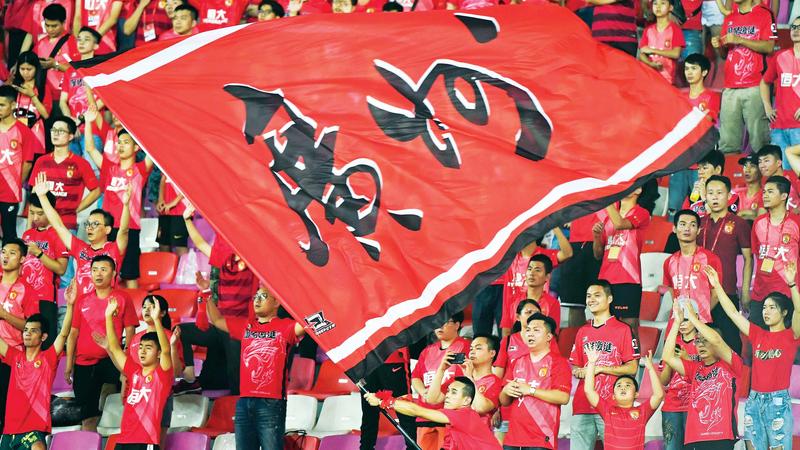 Guangzhou Evergrande fans had plenty to cheer last year as their side claimed a record-extending eighth Chinese Super League title. The introduction of new regulations on foreign players is sure to add fresh intrigue to next season’s CSL battle. (PHOTO / XINHUA)

Chinese soccer chiefs hope the introduction of a foreign-player salary cap and new regulations on imported and naturalized stars will foster better conditions for the next generation of domestic talent to thrive.

The Chinese Football Association last week published details of the new measures which were agreed with clubs at a December meeting in Beijing.

According to the CFA, the annual salaries of foreign players will be capped at 3 million euros (US$3.3 million) after tax, applying to contracts signed from Jan 1 this year.

The cap is expected to significantly curb the influx of expensive imports to the Chinese Super League, which for many observers has been detrimental both to the development of domestic talent and the financial health of clubs.

From now on, CSL clubs will be permitted to register six foreign players per season, but only five of those can be used in match-day squads and just four can be on the pitch at any one time.

The restrictions will not apply to naturalized players so long as one of his biological parents or grandparents was born in China. A naturalized player who has been selected for the national team may also be exempt from the foreign quota — although clubs can only apply this classification to one player. Guangzhou Evergrande and Team China’s Brazil-born striker Ai Kesen (aka Elkeson) would meet this criterion, for example.

The salary cap for domestic players will remain at 10 million yuan (US$1.43 million) before tax, or 12 million yuan for China internationals. 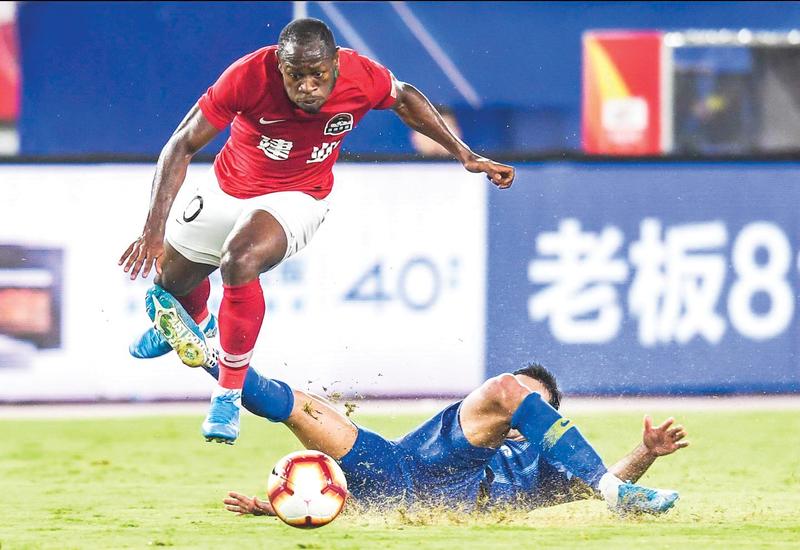 It is hoped that by keeping domestic players’ wages in check, more might be encouraged to test themselves in major foreign leagues. At the moment, Wu Lei is the only Chinese player plying his trade in one of the world’s top leagues — with Espanyol in Spain’s La Liga.

“The Chinese Football Association really values our opinions. They spent all day with us discussing how to make this new policy viable. It was the first time something like this has happened since I became manager of Guo’an six years ago.”

Support for the reforms also appears to extend beyond the CSL’s big guns. “Smaller soccer clubs can’t function if they lose billions of yuan each year. I think having a salary cap can benefit us in the long run,” said Yang Nan, a representative of Henan Jianye.

Dong Zheng, the leader of the CFA’s policymaking team, said the new measures are designed to put an end to the precarious financial situations that some clubs find themselves in.

“The purpose of making new policies is to ensure the healthy growth of our professional leagues and keep them dynamic,” said Dong.

“We are working to give our clubs healthier finances and facilitate the growth of young players. We hope to reach an agreement with our clubs and achieve the goal together. This is not like ordering our clubs to do something.”

CSL teams will be required to register at least three under-21 players in their 2020 season squads; in the second and third tiers that quota is set at two and five respectively.

Meanwhile, the Ministry of Education said that efforts to invigorate soccer in schools are starting to pay off.

Over the last five years, a total of 27,059 primary and middle schools have provided at least one soccer class each week for over 20 million students, according to the ministry. 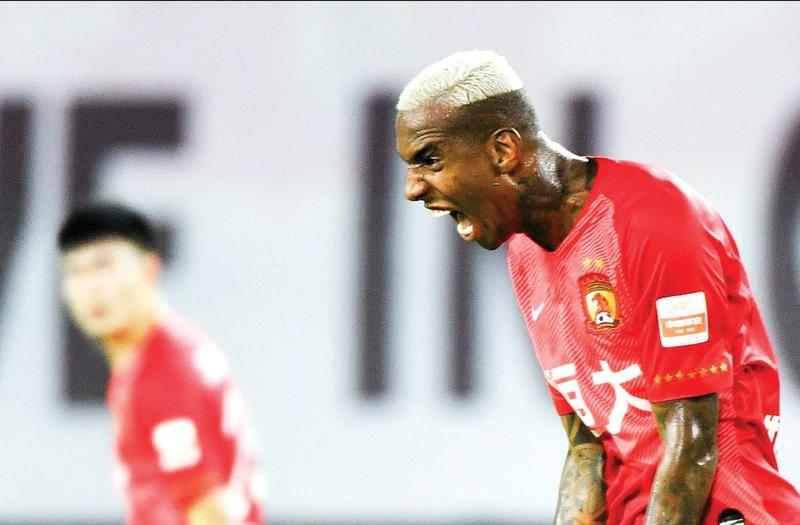 Guangzhou Evergrande’s Talisca could be among a number of players affected by the CSL’s new foreign-player salary cap. (PHOTO / XINHUA)

Thirty-eight pilot zones for school soccer reform have been established, and 160 counties or districts have been selected as pilot areas for promoting soccer on campus.

Another 3,000 kindergartens will be selected as youth soccer hubs by the end of next year as the authorities seek to nurture more talent from an early age.

“We’ve made some progress in terms of youth soccer in schools for the past five years, but generally speaking, the number of students who actually play soccer is still very limited,” said Wang Dengfeng, head of the ministry’s department of physical, health and arts education.

“Playing soccer is not just for those who want to become professional athletes — anyone can take it up. And for kids it can be very beneficial for their health and overall development.”

The Ministry of Education also revealed last month that, from 2015 to 2018, China completed the construction and renovation of 32,432 soccer pitches in schools.

An additional 28,545 pitches are expected to be completed by the end of this year. As of September 2018, a total of 120,960 pitches have been built in schools of all levels across the country.

“Any country that is strong at soccer starts training early and has a strict talent selection process,” said Li Chunman, deputy director of the National Campus Soccer Expert Committee.

“Based on the current situation of our country, we should establish a comprehensive youth training system. We should focus more on high-quality campus soccer training in the longer term.”

The CSL served up plenty of excitement last season, with fans gripped by a dramatic three-way title race that went right down to the wire.

Guangzhou Evergrande emerged victorious on the final day of the season to depose Shanghai SIPG and win a record-extending eighth CSL crown ahead of runner-up Guo’an.

According to the league’s online rights holder, PP Sports, all 240 of last season’s CSL games were viewed a total of 1.59 billion times on all platforms — a 12.1 percent increase on the previous campaign.

Evergrande featured in all of the top five most-watched games, with its 3-1 August victory over Guo’an in Beijing top of that list with over 32 million views online. A bumper 57,000-plus crowd watched the action inside the capital’s Workers’ Stadium.

Dalian Yifang boasted the “most local” fan base last term, with 23 percent of its official supporters’ group hailing from the Liaoning province city, according to PP Sports.

Yifang’s late-season slump under coach Rafa Benitez made it the most-talked-about CSL team online. Dalian received the highest number of online comments — 280 million — below videos of their matches last season.

Of all the cities without a top-flight team, Hangzhou in Zhejiang province has the highest number of CSL fans, accounting for 3.4 percent of the league’s nationwide total.