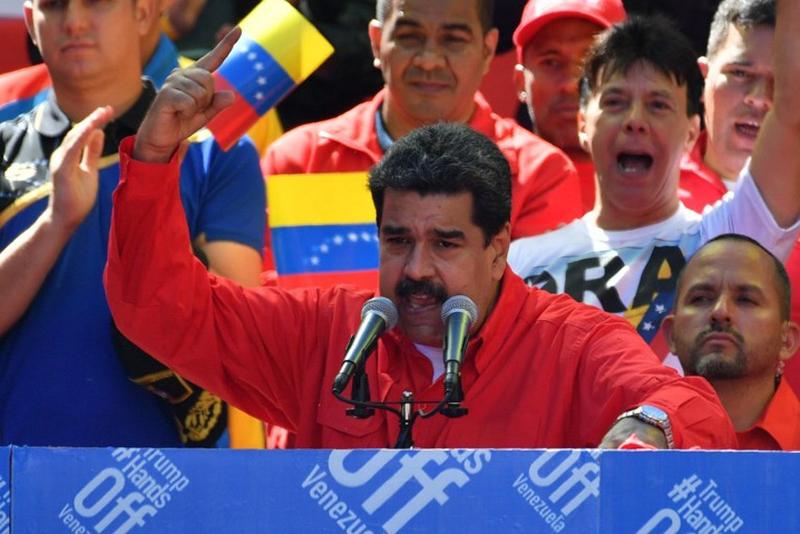 Venezuelan President Nicolas Maduro speaks during a pro-government march in Caracas, Feb 23, 2019. Maduro said on Saturday that he would be "tough, and standing, governing this country now and for many years, facing destiny, with the reins in hand." (YURI CORTEZ / AFP)

CARACAS/BEIJING – Venezuelan President Nicolas Maduro vowed to devote his life "to the defense of the country," as countries including Cuba and Bolivia reiterated their support for the Venezuelan government.

On Saturday, which marked one month after Venezuelan opposition leader Juan Guaido declared himself the "interim president," Maduro said before tens of thousands of Venezuelans gathering in central Caracas that he is "tougher than ever" to continue taking the country's reins.

My life is devoted to the defense of the country, in whatever circumstance I will never bend, I will never give up.

He said he would be "tough, and standing, governing this country now and for many years, facing destiny, with the reins in hand."

He also said he would not back down and would defend the country from any attack with his life, if necessary.

"My life is devoted to the defense of the country, in whatever circumstance I will never bend, I will never give up," Maduro said.

The Communist Party of Cuba has called for international mobilization to prevent a war in Venezuela, denouncing in a statement the "escalation of US pressures and actions."

In Bolivia, President Evo Morales also warned that any intervention in Venezuela "will only bring war." 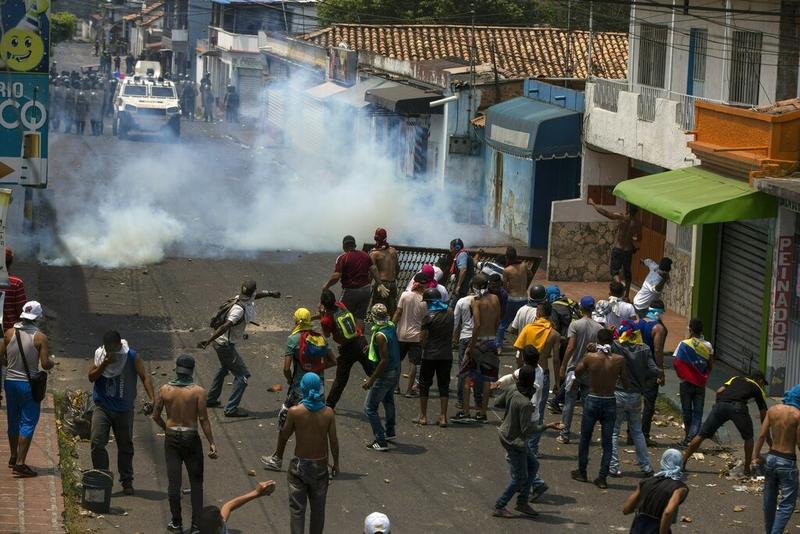 Demonstrators clash with the Bolivarian National Guard in Urena, Venezuela, near the border with Colombia, Feb 23, 2019. (RODRIGO ABD / AP)

"Our Latin American brothers cannot be complicit to a military intervention. Defending Venezuela is defending the sovereignty of Latin America," Morales tweeted.

Their remarks were made amid an aid standoff in which the United States and other countries in the region, in coordination with the Venezuelan opposition, declared a plan to deliver humanitarian aid to Venezuela, which was rejected by the Venezuelan government, fearing that it might be the first step toward a foreign invasion.

Maduro announced severance of relations with Colombia on Saturday, asking its embassy staff to "leave within 24 hours."

Three bridges serves as the most important border crossings between Venezuela and Colombia were closed a day before.

Venezuela also sealed off the country's border with Brazil and suspended aerial and maritime communications with the neighboring islands of Aruba, Bonaire and Curacao.

Meanwhile, a senior US official said that the US and its allies could upgrade sanctions on Venezuela if the aid is not allowed to pass.

The White House said Thursday that the US Vice President Mike Pence will travel to Colombia on behalf of President Donald Trump on Monday to voice support for Guaido. 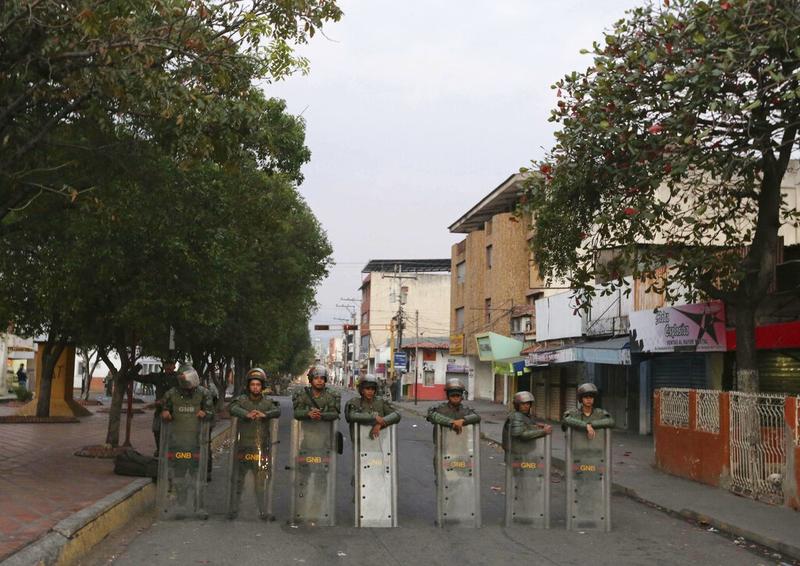 Pence will attend a meeting of the Lima Group in Colombia where members will discuss the situation in Venezuela. The Lima Group, comprised of 13 Latin American countries and Canada, is a multilateral body established in August 2017 to focus on Venezuela's situation.

In response, Maduro announced he was severing diplomatic and political ties with the US, ordering all US diplomatic and consular personnel to leave Venezuela.

Maduro has accused Washington of orchestrating a coup d'etat in order to install a puppet regime in Venezuela.