By Tedros Ghebreyesus and Senait Fisseha 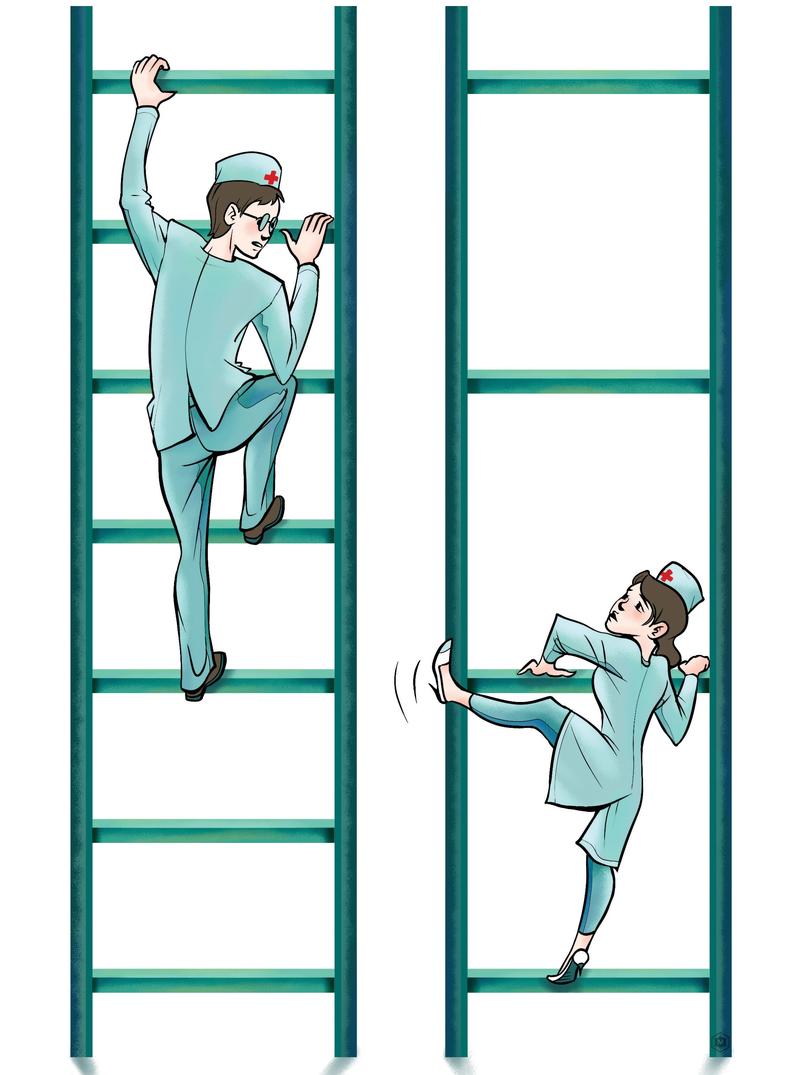 Since the start of the year, we have traveled from Afghanistan and Pakistan, where health workers administering the polio vaccine are battling snowstorms to reach children who need it, to North Kivu in the Democratic Republic of Congo, where officials are trying to stop one of the deadliest Ebola outbreaks in history.

Having spent part of our careers assembling a force of woman health workers who helped reduce deaths from AIDS, malaria and tuberculosis in Ethiopia by half, we know about the great contributions women make to public health.

Among other things, we know that gender … has a profound impact on whether one is exposed to unhealthy products and places, or whether one engages in health-seeking and health-protecting behaviors

That is why, under Tedros Ghebreyesus's tenure as director-general, the World Health Organization has a gender-balanced council for the first time in its history. With gender parity achieved in the institution's senior positions at the headquarters, we will now work to ensure that regional and country offices follow suit.

Gender parity is a practical as well as a moral issue. Having more women in leadership positions effects positive change throughout an organization, improving performance, innovation, creativity, resilience, and morale. It provides role models and informal support systems that have historically been lacking for women in the workplace. And it reduces tolerance for toxic workplace behavior such as sexual harassment.

But gender is also a key social determinant of health, which makes gender parity in the health sector a necessary ingredient for reaching WHO's "triple billion" targets. The organization's goal is to ensure that by 2023, 1 billion more people than today have full access to healthcare, greater protection from health emergencies, and better overall health and wellbeing.

Among other things, we know that gender - that is, the socially constructed norms, roles and expectations placed on men and women - has a profound impact on whether one is exposed to unhealthy products and places, or whether one engages in health-seeking and health-protecting behaviors. We also know that gender-based discrimination can have a significant impact on the delivery of health services.

And yet, while focusing on gender as a social determinant of health and establishing gender parity at WHO's leadership level were no-brainers, the Global Health 50/50 report shows that we are the exception to the rule. Having reviewed the policies and practices of nearly 200 health organizations, comprising a workforce of more than 4 million people across 28 countries, the report finds vast power and pay asymmetries between men and women.

For example, Global Health 50/50 finds that more than 70 percent of health organizations are currently headed by men, and that in 40 percent of the organizations reviewed, women occupy fewer than one-third of senior management positions. Worse, women working in these organizations earn 13.5 percent less, on average, than their male counterparts.

Sadly, these findings are in keeping with what one finds in boardrooms across the corporate world as well as nonprofit sectors. But such disparities are all the more worrying when they show up in the global health sector, given its role in protecting the wellbeing and rights of all people everywhere.

From WHO's experience, we know that gender parity does not emerge organically. Achieving it requires deliberate and directed organizational change.

Hence, WHO's new corporate strategy, which is geared toward the United Nations Sustainable Development Agenda's mission of "leaving no one behind", puts a strong emphasis on measuring gender distributions, equity and rights across all of the institutions' programs. That means each department will be held accountable for not upholding gender parity.

But while putting gender parity at the center of WHO's operations is an important first step, the larger goal is to support our member states to better serve the people whose lives, health, and wellbeing depend on collective public-health efforts.

To that end, three priorities should guide our approach to global health at all levels, from the local clinic delivering essential care to national health ministries and multilateral institutions.

First, we need to ensure that gender analysis informs all health strategies and program missions. Without fully understanding the gendered factors that drive human health, we cannot possibly achieve universal and equitable outcomes.

Second, we urgently need to close the power and pay gap between men and women in the health sector, by pursuing deliberate strategies to level the playing field for women.

And, third, we must recommit to transparency and accountability in health organizations, including on gender equality. Only then can we root out toxic management cultures, improve quality of care, and foster openness and inclusion at all levels.

When people of different genders and backgrounds come together, they bring their own experiences and wisdom, and the result amounts to more than the sum of its parts. Diverse organizations arrive at better decisions, because they can consider problems from a wide range of perspectives and draw potential solutions from multiple contexts.

When it comes to global health organizations, government ministries and national health institutions, gender equality should be embraced not just for its own sake, but also because it works.

Tedros Ghebreyesus is director general of the World Health Organization. And Senait Fisseha is a professor of obstetrics and gynecology at the University of Michigan, chief adviser to the director-general of WHO, and a member of the Global Health 50/50 Advisory Council.

The views don't necessarily represent those of China Daily.