BRI projects 'can be made viable by adding local value'

By Pamela Lin and Dai Kaiyi 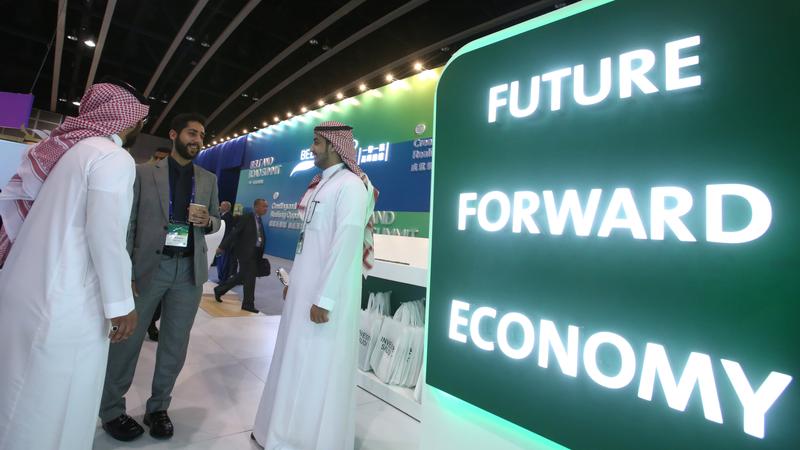 Participants of the fourth Belt and Road Summit share a light moment at the Saudi Arabian booth in the Global Investment Zone on Wednesday. (PARKER ZHENG / CHINA DAILY)

By aligning business philosophies and adding value to the local communities, projects related to the Belt and Road Initiative should be commercially viable with transparency and regulations, tycoons and veteran investors told the fourth Belt and Road Summit in Hong Kong on Wednesday.

Dhanin Chearavanont, senior chairman of Charoen Pokphand Group — one of Thailand’s biggest business conglomerates — said the BRI is for the purpose of facilitating win-win deals instead of creating a zero-sum scenario.

Making an investment in other countries should be in accordance with the highest social ethics, and add value to the local communities

And, the responsibility is supposed to belong to each and every related party that invests, discusses, constructs and shares it en masse, Dhanin told a panel discussion themed “Investing for Value — Making Belt and Road Projects Viable”.

Chinese-Indonesian magnate Mochtar Riady, the founder and chairman of Lippo Group, recalled that his group had to “leapfrog” five times in its business in the wake of transformations of the era and the opportunities arising from them.

He said Hong Kong is where Lippo has expanded its operations, with limited capital playing a crucial role in the company’s growth.

China and Southeast Asian countries are complementary in nature, resources and strengths, which provide great business potential for both sides, and the BRI accords with the development of the times, Riady said.

Speaking highly of the progress his group has made in terms of waste-to-energy plants in BRI countries, such as Vietnam, Li Xiaopeng, chairman of China Everbright Group, believed that the paradigm-shifting technology, which generates electricity with garbage, stands for a sunrise industry that will benefit multiple developing economies along the BRI route.

Those countries, he said, don’t just need high gross domestic products or employment. What they need most are blue skies and clear waters along with a growing economy.

Li said the waste-to-energy industry, spearheaded by the Beijing-based State-owned enterprise, is the one to bring quality life for them through that filter.

Victor Chu Lap-lik, chairman and chief executive officer of First Eastern Investment Group, said making an investment in other countries should be in accordance with the highest social ethics, and add value to the local communities.

He stressed the necessity to invest in sunrise industries and other financial services, such as accounting, law, marketing and consulting.

Securing its initial funding in Hong Kong as a listed company on the city’s stock exchange, China National Building Material Group has now taken charge of the majority share of global cement production and development, according to its chairman, Song Zhiping.

He said the group has built up to 360 cement production lines in countries involved in the BRI, contributing and collaborating dynamically to push the initiative forward.

Not only have the infrastructure projects provided BRI countries with access to the market, but also industries in the supply chain, said Cheah Cheng Hye, co-chairman and co-chief investment officer of Value Partners Group.

He said the massive BRI project in Malaysia — the East Coast Rail Link — restarted construction in July this year after a year-long suspension as cost cuts had been achieved by Malaysia and China.

This proved that being commercially viable and adding value to the communities with transparency and regulations are key to the success of these projects, said Cheah.