Fung Group grows to gain international stature along with the People’s Republic of China with the national development strategies and goals. Pamela Lin reports. 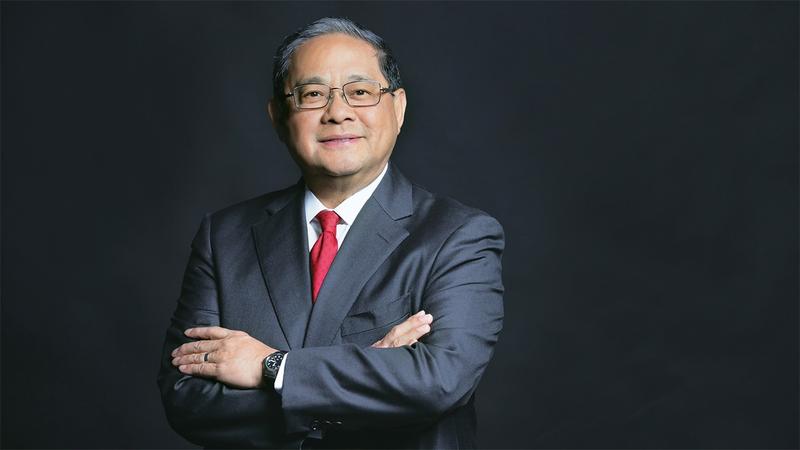 Having witnessed the historic transformation of China — from a monarchy to the founding of the People’s Republic of China — Fung Group, a Hong Kong-based enterprise that started in Guangdong more than a century ago — testifies to the monumental changes the nation has gone through since.

Group Chairman Victor Fung Kwok-king — a third-generation heir to his family’s global trading business empire — recalls the company’s long journey along with the nation’s remarkable progress in the 70 years since the founding of the PRC.

The Guangdong-Hong Kong-Macao Greater Bay Area is the continuation of the Pearl River Delta region as a driver of the Chinese economy. The big difference today is the infusion of technology and innovation as part of the Bay Area development

“The 70th anniversary of the founding of the PRC is a great milestone for our country. The Fung Group is very proud to be based in Hong Kong and be a part of this,” he told China Daily. “What’s very important in my mind is that we’re now seeing China emerging on the world stage as an integral part of the digital global supply chain and geopolitics.”

Launched as a traditional trading company in Guangdong in 1906, exporting Chinese porcelain, rattan ware and handicrafts to the West, Li & Fung Ltd — a member of the Fung Group — pioneered international trade in modern China and was one of the earliest Chinese-owned export companies in the 1900s when trading operations in China were controlled by British enterprises.

Fung’s grandfather founded Li & Fung as a Chinese trading company and registered a Chinese brand of fireworks in the United States in the 1920s. “We used that brand and have protected it in terms of intellectual copyright over the years,” Fung said. “Looking back, my grandfather was quite amazing as he began using brands in the US shortly after World War I.” 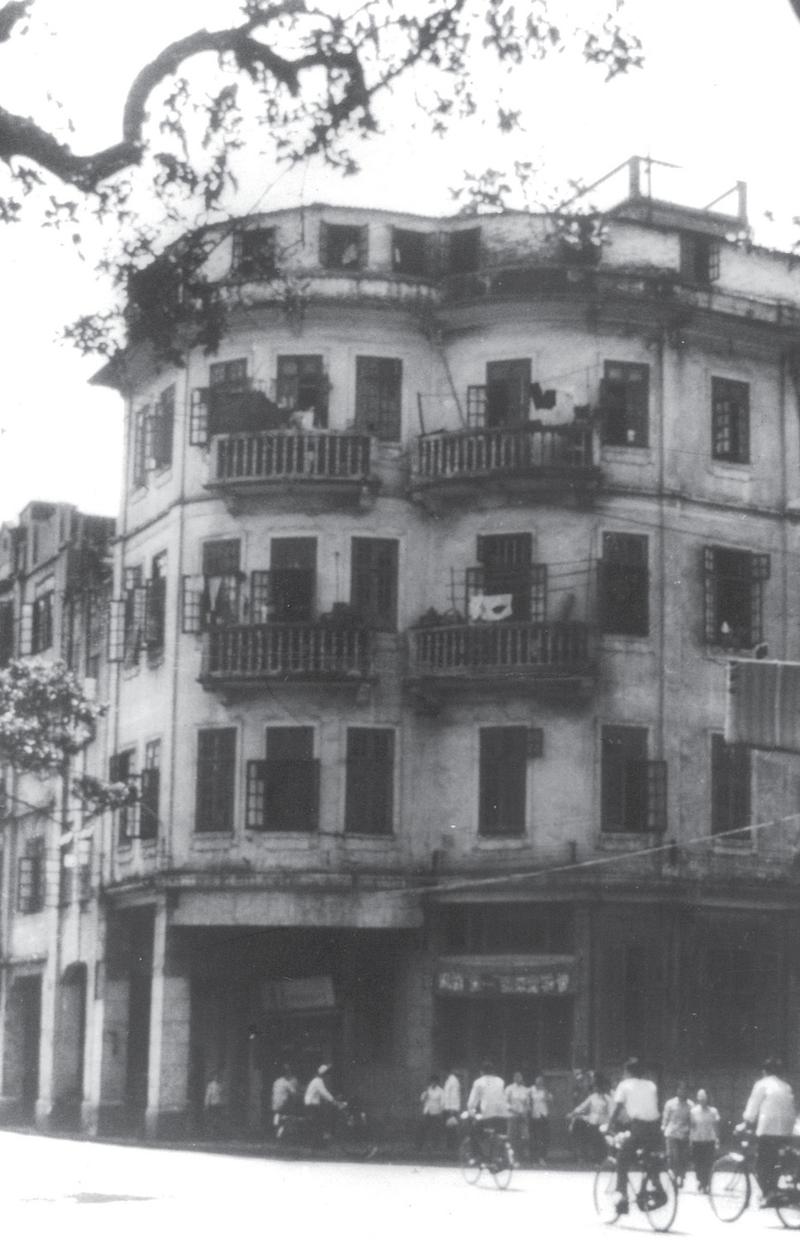 Li & Fung relocated its operations to Hong Kong in 1937. At that time, Hong Kong, although affected by the war as well as the worldwide Great Depression, saw booms as part of global trade.

Fung characterized the company as being an integral part of the Pearl River Delta region since it was founded. After World War II, the second generation of Fung’s family was instrumental in setting up the Hong Kong branch and rebuilding its international headquarters in the city.

“For a period of time from 1949 to 1979, Hong Kong was a manufacturing center, and we mainly exported products made in Hong Kong,” he said.

Fung and his brother, William Fung Kwok-lun, were called home in the 1970s when Li & Fung became a regional company exporting from Southeast Asia, Taiwan, South Korea and Singapore.

During the second stage of development of a regional export company which served not just as a sourcing agency but also managed and delivered manufacturing programs, Li & Fung needed the two brothers to take charge of the company’s management.

“Forty years on since China’s reform and opening-up in 1978, our country created the Chinese economic miracle,” Victor Fung said, noting that he himself has witnessed the nation’s entire historical process of economic reform, starting with the special economic zones, especially the development of Shenzhen.

With a humble beginning, Li & Fung participated in the early stages of the country’s reform and opening-up, especially with regard to the relationship between Hong Kong and Shenzhen. National economic reform allowed Hong Kong, then a high-cost manufacturing base, to move the labor-intensive portion of its production to southern China. For Li & Fung, it was an opportunity.

Fung explained that Hong Kong at that time was the company’s manufacturing base, engaged in product designing, marketing and engineering at the front end, while on the other side of the boundary, Shenzhen and other cities in the Pearl River Delta were involved in the labor-intensive process.

“Hong Kong actually made its manufacturing base more efficient with the availability of land and labor on the other side of the boundary in southern China,” he said.

Reminiscing about the early stages of the global supply chain model when China began to open up its economy in 1978, he said: “In the mid-1970s, for example, when Hong Kong was doing small transistor radios, that business was lost completely to South Korea and Taiwan because of their lower labor costs.” However, in the initial years of China’s economic reform, Hong Kong seized back the market by designing small transistor radios in Hong Kong, assembling them on the Chinese mainland, and then using Hong Kong logistics and banking to distribute the products worldwide.

Fung recalled that at that time, the company designed the transistor radios in Hong Kong, gathered all the components needed in small plastic bags and sent them to Shenzhen where the radios were assembled. At that time, the mainland opened its door to Hong Kong and helped the city reduce high production costs.

The process didn’t stop there. Taking the assembled radios back to Hong Kong for final testing, Li & Fung then packed the finished products with attractive printed card boxes before shipping them overseas.

“That combination brought the business back from Taiwan and South Korea. It was really the beginning of the global supply chain,” Fung said.

Li & Fung mirrored the early shape of the global supply chain in the economic zones of southern China, and the model soon moved up the coast to the Yangtze River Delta and further inland.

To date, Fung Group is getting supplies from more than 50 countries worldwide and sourcing for over 10,000 factories. 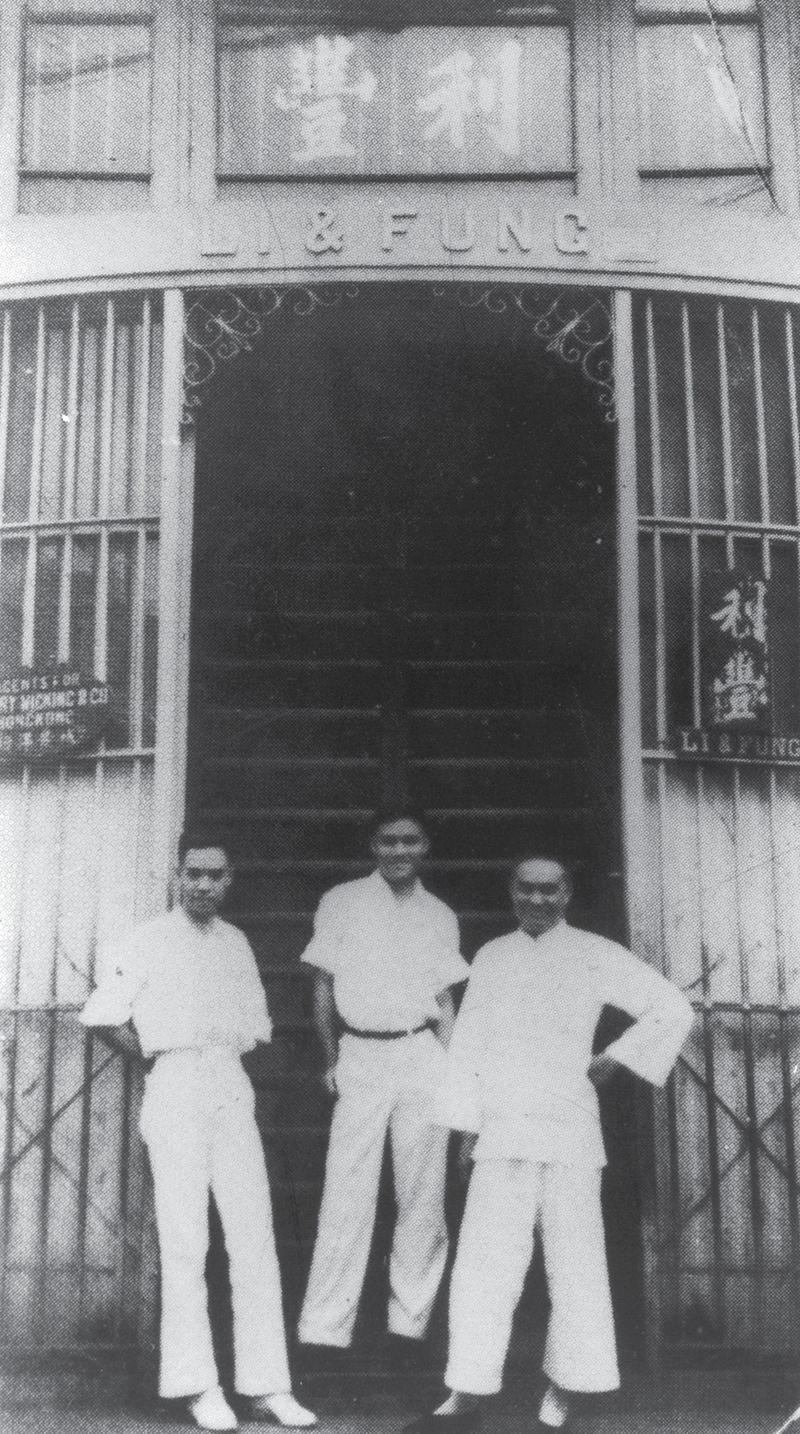 Riding high on the national development strategies and goals, Li & Fung continues to deploy its resources and skills in the region and the global stage with a digitalization touch.

“In my mind, the Guangdong-Hong Kong-Macao Greater Bay Area is the continuation of the Pearl River Delta region as a driver of the Chinese economy. The big difference today is the infusion of technology and innovation as part of the Bay Area development, which is very much in line with the country’s overall development,” Fung said.

“The new model of manufacturing is to digitize the manufacturing processes using artificial intelligence, the internet of things, and so on. Together with the advantages of the global reach of Hong Kong, the Bay Area will actually form a new competitive economic model for the next stage of the Chinese economic development.”

Looking ahead, Fung sees the opportunities emerging in the digitalized supply chain on the upstream — from the concept to the products, including digital design and production, which are also what Li & Fung does and is renowned for.

As one of the global business leaders steering an enterprise that has gone through ups and downs for over a century, Fung concluded that the recipe for the group’s success has to do with the ability to meet different challenges — not only to overcome them but to emerge stronger. “We deal with wave after wave of challenges and always look for opportunities out of the crisis and emerge from the challenges stronger than ever,” he said.

Despite the escalating Sino-US trade tensions and global uncertainties, there’s always a silver lining, Fung said. He noted that the value-added parts and components in the manufacturing process still come primarily from China while the final finishing part that confers the “country of origin” on the product could be shifted to other countries, which would welcome it.

And the infrastructure that’s been built in countries and regions involved in the Belt and Road Initiative and in the Bay Area is now driving this migration of manufacturing.

“The bigger picture I see for Hong Kong is the linkage with the BRI and the Bay Area development, combining the city’s status as an international financial center, a trading center and a transportation and logistics center together with the innovation and technology in the new manufacturing process to form the new digitalized global supply chain of the future,” Fung said.

Fung is also a thought leader. He chairs the Advisory Board of the Asia Global Institute at the University of Hong Kong, a multidisciplinary think tank co-established with the Fung Global Institute to generate and disseminate research and ideas on global issues from Asian perspectives. He also heads the 2022 Foundation — a nonprofit entity focused on research into Hong Kong’s long-term competitiveness.

“China, at this stage, is really focusing on sustainability and inclusive growth,” Fung stressed, adding that the Bay Area development plan and the BRI all convey the message.

Looking back into the seven decades of China’s development, he said the country has created growth models not only for domestic growth but also for the world.

“I see China’s new model with a strong focus on sustainability and championing of inclusive growth as being the next wave of globalization.”