Ex-Nazi camp guard deported by US dies in Germany 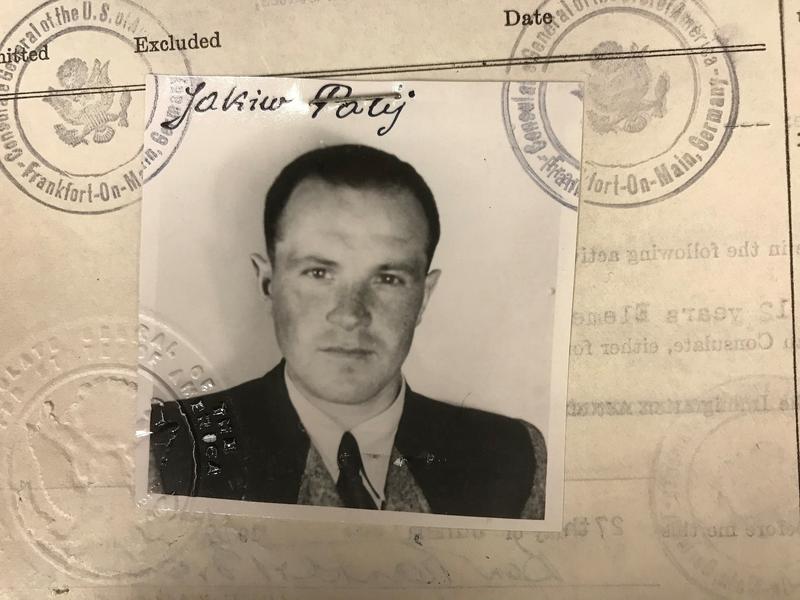 This 1949 photo provided by the US Department of Justice shows a US visa photo of Jakiw Palij, a former Nazi concentration camp guard. (PHOTO / US DEPARTMENT OF JUSTICE / AP)

BERLIN — Jakiw Palij, a former Nazi concentration camp guard who lived an unassuming life in New York City for decades until his past was revealed and he was deported to Germany last year, has died, German media reported Thursday. He was 95.

"While his case was always a race against time, the saddest part is that Palij outlived the victims of his horrific crimes by seven decades," said Jon Drimmer, the former deputy director of the US Justice Department office

US Ambassador Richard Grenell, who lobbied for Germany to take Palij, said he had been informed of the death. He credited US President Donald Trump with seeing through Palij's August 2018 deportation after it had been stalled for a quarter-century.

"It would have been upsetting to many Americans if he had died in the US in what many viewed as a comfortable escape," Grenell told The Associated Press.

Palij was the last Nazi facing deportation from the United States when he was taken from his Queens home on a stretcher and put on a plane to Germany.

"An evil man has passed away. That, I guess, is a positive," said Rabbi Zev Meir Friedman, who had led protests at Palij's home.

Dov Hikind, a longtime New York lawmaker who fought for Palij's deportation, said the death brings "the closure survivors of the Holocaust needed." From the time American investigators first accused Palij of lying about his Nazi past, it took 25 years for his removal from United States, despite political pressure and frequent protests outside his home. He was not prosecuted in Germany and spent his last months in the nursing home.

"While his case was always a race against time, the saddest part is that Palij outlived the victims of his horrific crimes by seven decades," said Jon Drimmer, the former deputy director of the US Justice Department office that found Palij and pursued his deportation.

Palij, an ethnic Ukrainian born in a part of Poland that is now in Ukraine, entered the US in 1949 under the Displaced Persons Act, a law meant to help refugees from postwar Europe.

He told immigration officials he worked during the war in a woodshop and farm in Nazi-occupied Poland, as well as at another farm in Germany and finally in a German upholstery factory.

Palij said he never served in the military. In reality, the US Justice Department said he played an essential role in the Nazi program to exterminate Jews as an armed guard at the Trawniki training camp, southeast of Lublin in German-occupied Poland. 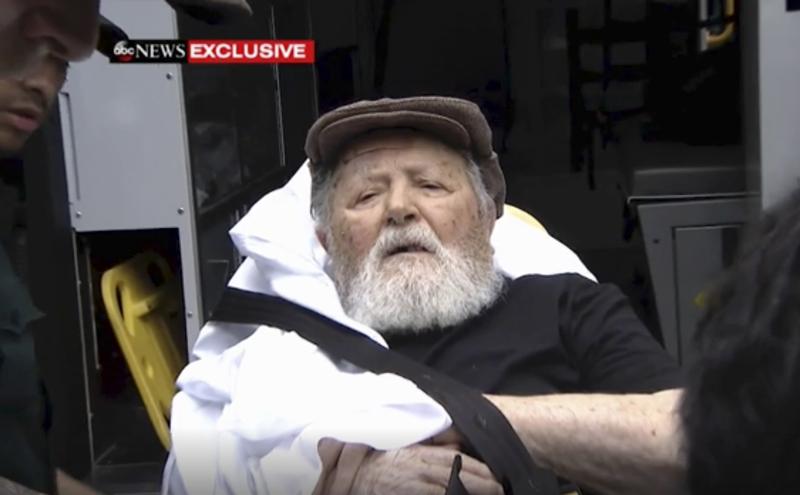 In this Aug 20, 2018 photo, Jakiw Palij, a former Nazi concentration camp guard, is carried on a stretcher from his home in the Queens borough of New York, where he was lived before his deportation to Germany. (PHOTO / ABC / AP)

When investigators knocked on his door in 1993, he told them: "I would never have received my visa if I told the truth. Everyone lied." According to a Justice Department complaint, Palij served in a unit that "committed atrocities against Polish civilians and others" and then in the notorious SS Streibel Battalion, "a unit whose function was to round up and guard thousands of Polish civilian forced laborers." Palij served at Trawniki in 1943, the same year 6,000 prisoners in the camps and tens of thousands of other prisoners held in occupied Poland were rounded up and slaughtered.

Palij eventually acknowledged serving in Trawniki but denied any involvement in war crimes.

The US lacks jurisdiction to prosecute such cases since the crimes were not committed in the United States and the victims were not Americans. Instead, it has focused on revoking the US citizenship of suspects and deporting them — or extraditing them if another country is seeking to prosecute them.

A judge stripped Palij of his US citizenship in 2003 for "participation in acts against Jewish civilians." He was ordered deported a year later. But because Germany, Poland, Ukraine and other countries refused to take him, he continued living in limbo in the two-story, red brick home in Queens he shared with his now-late wife, Maria.

After a diplomatic push, the US finally persuaded Germany last year to take Palij. However, German investigators concluded there was not enough evidence of wartime criminal activity to bring charges against him.

Palij had managed to live quietly in the US for years as a draftsman and then as a retiree until a fellow former guard told Canadian authorities in 1989 that Palij was "living somewhere in America." Investigators asked Russia and other countries for records on Palij beginning in 1990 and first confronted him in 1993. It wasn't until after a second interview in 2001 that he signed a document acknowledging he had been a guard at Trawniki and a member of the Streibel Battalion.

Palij suggested at one point during the interview that he was threatened with death if he refused to work as a guard, saying, "If you don't show up, boom-boom." As his case languished, his continued presence in New York City outraged many, especially members of the Jewish community. The frequent protests outside his home featured chants such as "Your neighbor is a Nazi!" In 2017, all 29 members of New York's congressional delegation signed a letter urging the State Department to follow through on his deportation.