Police: We will continue to ensure city's safety and stability 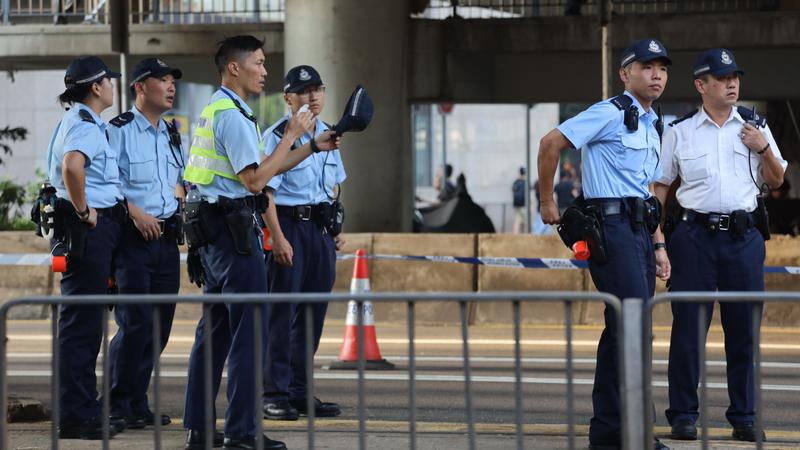 Police stand fast during the protest on June 17, 2019 at Admiralty to maintain public order and safety, despite the sweltering heat. (EDMOND TANG / CHINA DAILY)

Hong Kong police on Sunday pledged to protect the city’s safety and stability during this difficult period.

A statement issued by the Junior Police Officers’ Association of the Hong Kong Police Force (JPOA) - one of the city’s most influential police organizations - said its officers will continue to maintain order in Hong Kong without complaint or regret, as they cannot tolerate the rule of law of the city being destroyed.

JPOA Chairman Lam Chi-wai said the police will not back down even if they’re humiliated, slandered or attacked

JPOA Chairman Lam Chi-wai said the police will not back down even if they’re humiliated, slandered or attacked.

He said officers have come under great pressure since a huge protest erupted into a riot last Wednesday as thousands of demonstrators charged at the police after paralyzing the city’s central administrative and business area to derail deliberations on the extradition bill in the Legislative Council.

More than 100 people, including 22 police officers, were injured in the clashes, and many people have not considered the fact that radical protesters had hurled bricks, metal poles, planks and metal barricades at police, Lam said.

He urged officers to remain on duty to protect Hong Kong’s law and order as “Hong Kong is going through the hardest time”.

Chief Executive Carrie Lam Cheng Yuet-ngor on Saturday defended the police action, saying they were trying to prevent the Legislative Council Building from being stormed by the demonstrators.

READ MORE: US told to get hands off HK's bill amendment and youth

The police also found weapons at the scene that were not meant for a peaceful protest or assembly, Carrie Lam told a press conference when she announced she had decided to suspend the legislative process to amend the city’s extradition laws.

She added that one of the reasons for her decision to suspend the rendition bill is to avoid further injuries to police and residents.