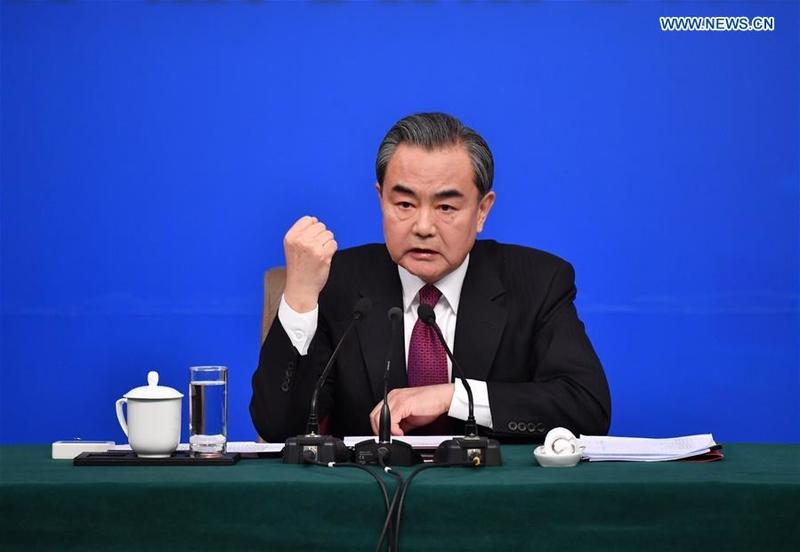 SANTIAGO - Chinese Foreign Minister Wang Yi said here on Sunday that China hopes to reach more consensus with Latin America and the Caribbean (LAC) countries on multilateralism, free trade, globalization and deeper cooperation under the Belt and Road (B&R) Initiative at an upcoming forum between the two sides.

Wang made the remarks during a meeting with foreign ministers from Chile, Dominica, Ecuador and Haiti, as well as the representative of El Salvador, ahead of the second ministerial meeting for the China and the Community of Latin American and Caribbean States (CELAC) Forum.

Firstly, against the backdrop of global uncertainty and instability, China looks forward to concerted efforts with the LAC in promoting multilateralism, free trade and globalization to thrive in the direction of openness, inclusiveness, balance and win-win.

Secondly, China anticipates to deepen China-LAC cooperation under the framework of the B&R Initiative. Since Chinese President Xi Jinping proposed the initiative in 2013, it has become a global initiative, based on the principle of achieving shared growth through dialogue and collaboration, to tap the potential of multilateral cooperation in the interests of various countries and to contribute to their development strategies.

Wang noted that the LAC has been an important part in the construction of the Belt and Road and will definitely play a crucial role in the future.

Thirdly, China will help the LAC embark on its development path of multilateralism through improving its development capacity, and building independent, competitive pillar industries. During the industrialization process of the LAC, China will be the most reliable and ideal partner for the LAC.

On their parts, Wang's LAC counterparts said the LAC has attached great importance to China's international status and global impacts, and have been satisfied with bilateral relations in recent years. The China-CELAC Forum has become an effective platform for the two sides to deepen cooperation. Over the three years since the forum was launched, the two sides have witnessed fruitful cooperation outcomes.

They noted that with joint efforts of the two sides, the upcoming second ministerial meeting for the China-CELAC Forum has been well prepared. The LAC is full of confidence that the meeting will be held successfully, and will see widespread consensus to be reached.