Li: China will work with France on climate change 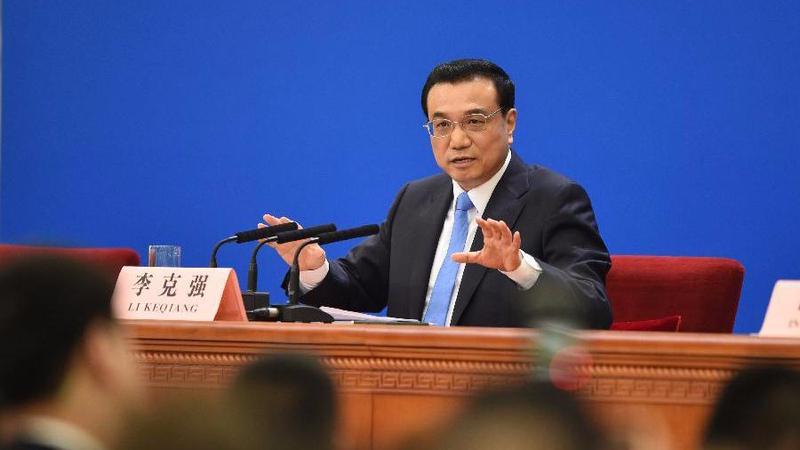 Chinese Premier Li Keqiang speaks at a press conference after the closing meeting of the third session of China's 12th National People's Congress (NPC) at the Great Hall of the People in Beijing, capital of China, March 15, 2015. (XIE HUANCHI / XINHUA)

China is ready to work with France in a joint and positive effort to deal with climate change while maintaining multilateralism and an inclusive world economy, Premier Li Keqiang said.

Li spoke when meeting with French Foreign Minister Jean-Yves Le Drian at the Great Hall of the People in Beijing on Friday.

Li said relations between China and France have been advancing well, and China puts strategic emphasis on Sino-French ties and is willing to work with France to advance bilateral ties with a healthy and stable development momentum. He said China is willing to enhance cooperation with France in areas including civilian nuclear energy.

Le Drian also met with his Chinese counterpart Wang Yi, and they jointly talked to reporters. Wang said the two countries are ready to seek common ground while maintaining differences, and are preparing for French President Emmanuel Macron's visit to China in early 2018.

Wang said the key lesson from the Korean Peninsula nuclear issue in the past two decades is that when confrontation and misunderstanding persist, all stakeholders miss the chance for a peaceful dialogue. "The pressing task is to fully implement decisions made by the UN Security Council and spare no efforts to start consultation on the issue as soon as possible," Wang said.