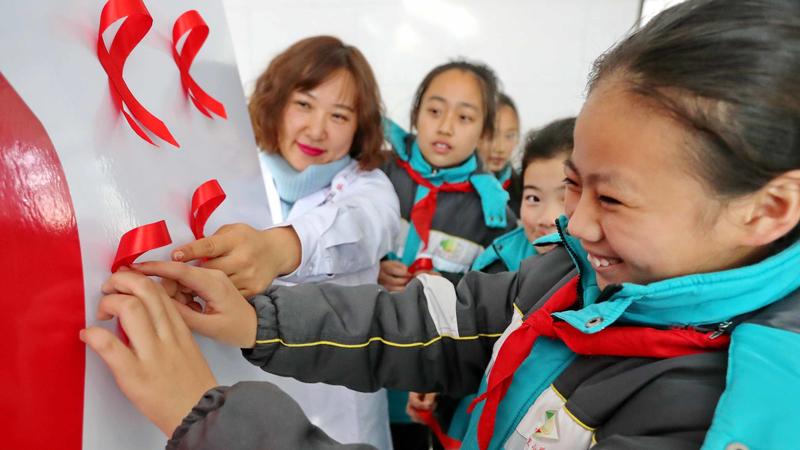 When Li Yan first taught primary school students about sex education, she was embarrassed and unable to speak fluently. Four years later, she is confident of handling every situation that can arise during a class.

"Students at our school are lucky enough to have sex education, but many others still do not have that opportunity," said Li, a teacher of Chinese and sexual and health education at Guiyuan School in Linzhou city, Henan province.

Sex education is taboo in many parts of China because parents and teachers often refuse to get involved. However, the fact is that many children ages 10 to 18 have already learned more about sex than their parents would ever imagine, she said.

Some information online is completely wrong, but it leaves an early impression in children’s minds. Without guidance, many may believe that sex education is only about sex in the adult world

While the internet provides easy access to sex-related content and some children share the information with their peers, the indiscriminate nature of sexual knowledge online poses a great challenge to appropriate education.

"Some information online is completely wrong, but it leaves an early impression in children's minds. Without guidance, many may believe that sex education is only about sex in the adult world," said Zhang Meimei, director of the Sex Education Research Center at Capital Normal University in Beijing.

Even though the government has spent decades stressing the significance of sex and health education for students at all grades, issuing more than 80 related policies and guidelines, the results have been mixed.

Now, with government support, some NGOs, such as the AIDS Prevention Education Project for Chinese Youth, are playing a significant role in promoting sex education for both children and adults.

Parents are their children's first teachers in every aspect of their lives, including sex education, but many lack a proper attitude toward, and a systematic understanding of, the topic, according to experts.

"It's common for parents to feel embarrassed when discussing sex with their children, so they rely on schools and teachers instead," said Hu Zhen, a professor at Chengdu University's College of Teachers in Sichuan province.

However, despite government policies, leaders of many local education authorities and schools only focus on students' grades and are unwilling to tackle sensitive areas, she added.

She noted that young people are full of curiosity about their bodies, although they do not speak about it publicly. If their questions are not answered, they will try to figure things out by themselves, often via the internet, which could result in misunderstandings.

"Without proper sex education, they are likely to make mistakes; we cannot just count on students to learn that sort of thing by themselves," Hu said.

She recalled giving a sex education lecture at a high school. When she asked the students to write down the things they most wanted to know, the questions were mainly about LGBT issues, sexual activity and venereal disease.

"That may shock parents, but we have to accept that's how juveniles think nowadays," she said.

Hu said many young people from primary school to university repress their curiosity about sex, and no one tells them how to deal with it. Without appropriate guidance, they may devise their own ways of solving an issue, which could result in problems such as sexual assaults on campus, or they may contract a sexually transmitted disease, such as HIV/AIDS.

Zhang, from Capital Normal University, said that while many parents restrict the content their children can access on their computer or smartphone, the children can use other people's phones or computers.

She added that guidance is always better than restriction, because no environment is as clean as parents would like.

"We need to teach children how to make proper decisions and think about the possible consequences," she said. 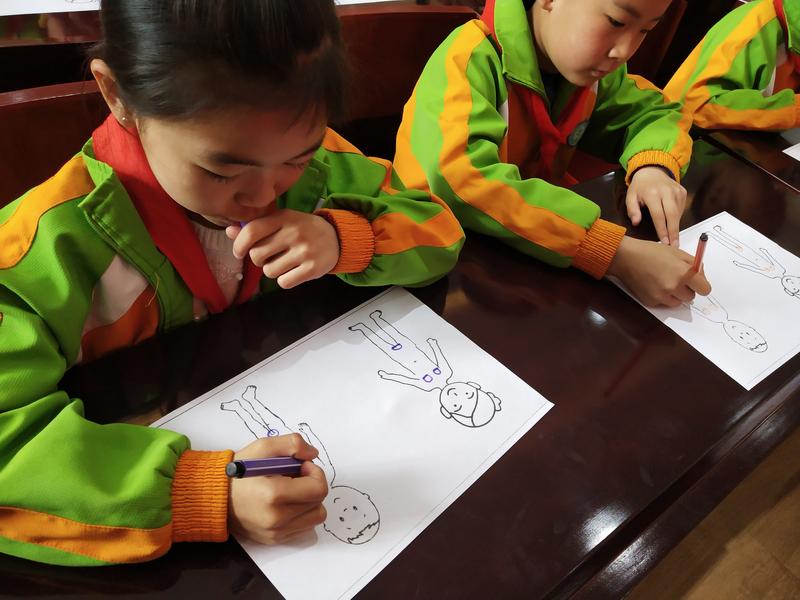 In January 2015, Li, the teacher in Henan, attended a training course organized by the AIDS Prevention Education Project for Chinese Youth. Initially, she felt embarrassed, but after a few days she developed a strong desire to learn as much as possible and pass that knowledge to her students.

"I thought they needed it. We missed a lot for many years because of ignorance," she said.

Yang Pai, a member of the project's experts' commission, said people usually think sex education only exists to solve problems, such as sexual assault on campus or STDs, but it really focuses on preventing those things.

According to Yang, many official bodies, such as public security organs, courts and public health authorities, can help to solve problems, but in reality, the causes are more pressing.

"They cannot prevent troubling social issues from appearing, but proper sex education can do it effectively," he said, adding that he hopes adults and people in positions of authority will change their attitudes toward sex education.

"Many adults think sex education is just about sexual behavior, but it is about far more than that."

Chengdu University's Hu said: "Sexual behavior is the most fundamental part of sex education, and the topics include psychology and sociology. Adults should not be so sensitive. We know that many teachers in their 20s feel awkward talking about sex-related topics with young students, but we've proved that if you engage students with an open attitude and well-prepared content, they will quickly calm down and absorb the information."

She said many parents are willing to change their opinion if their child will benefit, while others claim their child is under strict supervision and does not need such knowledge.

"But they often change their minds when we tell them their children will enter society alone and will have contact with people from a range of backgrounds. If we can discuss sex openly, we can avoid many obstacles and misunderstandings," Hu said.

In 2015, the Ministry of Education stipulated that students at junior high schools must have six hours of AIDS prevention classes every semester, while senior high school students should attend four 60-minute classes.

Despite that, many education authorities pay no attention to sex education, which results in schools under their jurisdiction becoming reluctant to organize such courses.

"We do not know whether the schools provide those classes or not, and the related authorities are unable to assess the results," said Zhang Yinjun, director of the AIDS Prevention Education Project for Chinese Youth. 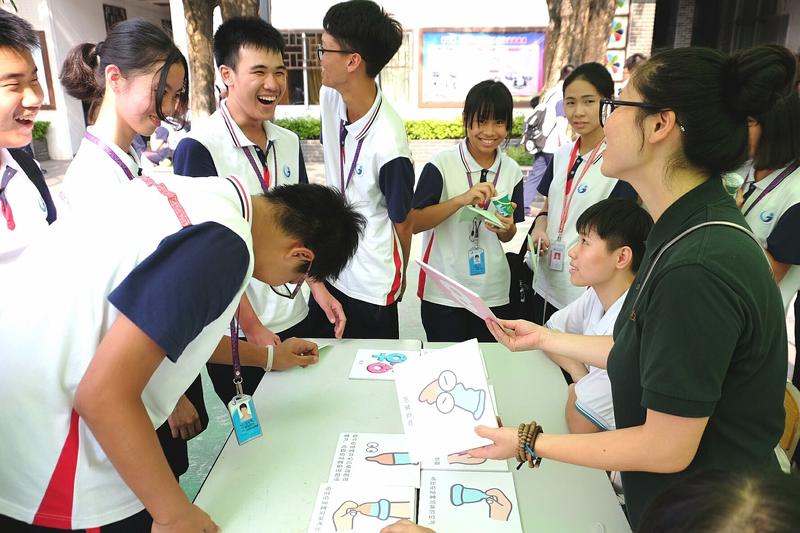 More than 60 university freshmen learn about AIDS prevention through special games at a college in Guangzhou, Guangdong province. (LI XIANGXIN / FOR CHINA DAILY)

In 2006, when the project was founded, she arranged funding and course curriculums, and trained teachers to communicate with students on a one-to-one basis, but for every 100 schools contacted, only one or two were willing to host the classes.

"The situation is gradually improving," Zhang Yinjun said, while conceding that a lack of support means some trained sex education teachers still have nowhere to hold classes.

To promote its work and make it more acceptable to conservative thinkers, the project often combines sex education with anti-drugs and anti-AIDS classes. It also uses traditional culture and psychological counseling to emphasize the benefits the classes provide.

The work is also hampered by a shortage of teachers. Although there is a set syllabus for sex education, teachers need to be trained to adapt to local cultures and ensure easy acceptance of the information they impart.

Last month, the project finished training its first batch of 50 teachers, who had attended eight weeklong training sessions since 2015.

"The cost of training each teacher is about 90,000 yuan (US$13,000). We really treasure them, because they are just like seeds," Zhang Yinjun said. "There are more than 500,000 schools in China, and usually each one needs three to four trained teachers and assistants, so you can see there is a real shortage."

Until recently, Capital Normal University and Chengdu University provided about 200 teaching majors with minor courses in sex education every year, but CNU no longer offers the classes.

"The trained teachers still need to teach other courses such as math or Chinese at their schools," Zhang Meimei said. She added that if regular teaching students could receive some training related to sex education they could at least provide basic advice to students at the schools where they will work.

Before every sex education class, Li, the teacher from Henan, asks her students to suggest topics, and adjusts the content to suit their preferences.

Her methods won praise from Zhang Yinjun, who said class content and teaching techniques are important in sex education.

The AIDS prevention project's courses are regularly assessed by experts and they also draw on international experience to cater to students of different ages.

For example, teachers often ask first-grade primary school students to protect a chicken's egg for several days before they explain the basics of reproduction, while sixth-graders are taught about menstruation and the function of sanitary towels.

"We also tell children how to protect themselves and to identify the parts of their bodies that others should not touch," Zhang Yinjun said, adding that sex education can provide a shield that will allow children to avoid harm from the outside world and their own ignorance.

By the end of the year, the project will provide video materials for students to consult at its 1,073 "Youth Love Station" counseling centers nationwide.

It has also prepared courses for parents so they will understand the topics their children are learning about.

Since 2006, more than 13 million children, parents and teachers have participated in related lectures, the organization said.

"It's still not enough. My aim is to push for sex education to be included in the national compulsory education system so every student has access to it," Zhang Yinjun said.

Now that parents are donating most of the funds the project receives, she believes people are finally beginning to understand the significance of sex education.

Zhang Meimei, of Capital Normal University, said: "I know most Chinese still have conventional misgivings about sex education, so we need to push it little by little to gain more experience, just as the project is doing. Education should benefit every child like sunshine. Only when every child receives proper sex education can we say they have a complete and healthy life."