Board gamers set for one smart move ahead 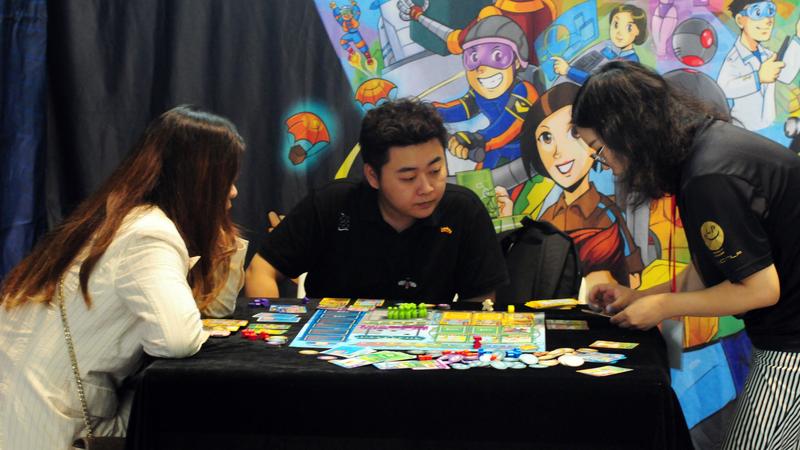 Gamers play board games at tables at Dice Con, an annual board game convention held in Beijing over Aug 2325. (XU LIN / CHINA DAILY)

Board games seem a throwback to a different era. A pre-mobile phone era. An era of dice and not a computer mouse. An era not of virtual reality but of imagination when you could be either a rich merchant, an awe-inspiring general, or a successful politician.

The Dice Con 2019, an annual board game convention in Beijing, is a gathering allowing fans to experience the thrill of games that are not electronic and are actually making a strong comeback.

With more than 152 exhibitors from home and abroad, the convention over Aug 23-25 covered an area of 6,400 square meters, two halls of National Agricultural Exhibition Center, and received over 30,000 visitors. There they were able to play various board games at tables before making up their minds whether to buy or not. Some parents took their children to enjoy the board games especially designed for kids and possibly rekindle some of their own childhood memories.

Playing board games either with friends or the family is excellent entertainment. It also strengthens mutual understanding

Sun Yumiao, 32, who visited the convention with her friends and bought two board games

According to market research store Research and Markets, the global board games' market is expected to be worth US$12 billion by 2023, growing at a compound annual rate of more than 9 percent over 2017-23.

"Playing board games either with friends or the family is excellent entertainment. It also strengthens mutual understanding," says Beijinger Sun Yumiao, 32, who visited the convention with her friends. She bought two imported board games for about 1,000 yuan (US$140).

When she was a child, she fell in love with the Monopoly board game where players trade property. Board games have an added educational aspect as players have to think quickly and they are better at brain development than computer games or just watching TV.

Vincent Dutrait, a veteran French board game illustrator, was one of the keynote speakers in Dice Con 2019. He says: "Illustration for books is generally about decoration, but illustrations for board games are different. They must be functional - to transmit the essence of the game and help players understand the mechanism." 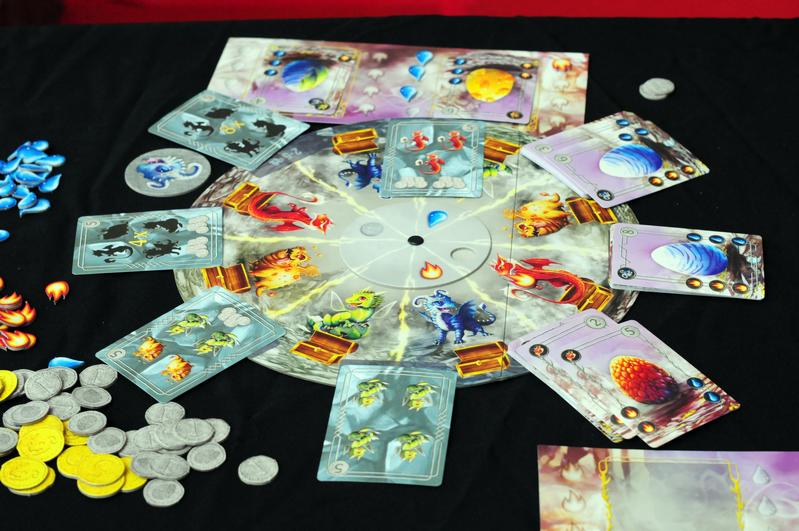 Colorful board games are displayed at the convention. (XU LIN / CHINA DAILY)

He visited China several times in the 1980s and 1990s, and was surprised by the country's great changes. He attributes his interest in Asian culture and history to his family. His father is a Sinologist and his mother is a reporter, and they've worked together to translate Chinese novels into French.

"To draw illustrations for board games is a unique experience. Because accessories for different games are unique - they vary in shapes and sizes, and some are designed in 3D," he says.

He would first play the game to put himself into the shoes of players and delve deeper into the subject of the game. Then he would decide the styles and details of his illustrations. For example, colors and patterns can convey different meanings.

Dutrait is curious about all kinds of illustrations and learns about them on social network platforms like Facebook, including Chinese illustrations.

"Board games are a universal language for players from all over the world, and the market of illustrations for board games is growing every year," he says.

"Now we use lots of images everywhere, such as on video games and social networks, making people more familiar with images. In board games, images have become more and more important, with more chromatic games and less abstract games. Many players decide whether to buy a game based on its images."

Asmodee, a leading publisher of board games headquartered in France, brought about 200 board games for young people and 50 for children to the convention.

One of its popular products is Splendor, a multiplayer card-based board game. Players take on the role of gem merchants during the Renaissance.

Last year, Asmodee China published an expanded version of the game that included Empress Wu Zetian of the Tang Dynasty (618-907) and Zheng He, the famous Ming Dynasty (1368-1644) navigator.

"Thanks to the emerging Chinese market, our company started to make customized adaptations to overseas board games in recent years, to cater to the demands of the Chinese players," says Zhu Yun, head of marketing department of Asmodee China.

"We chose four games to make these changes, because they're already popular and have a good fan base. Domestic gamers are glad to see Chinese elements in their games, and some overseas gamers may also be interested." 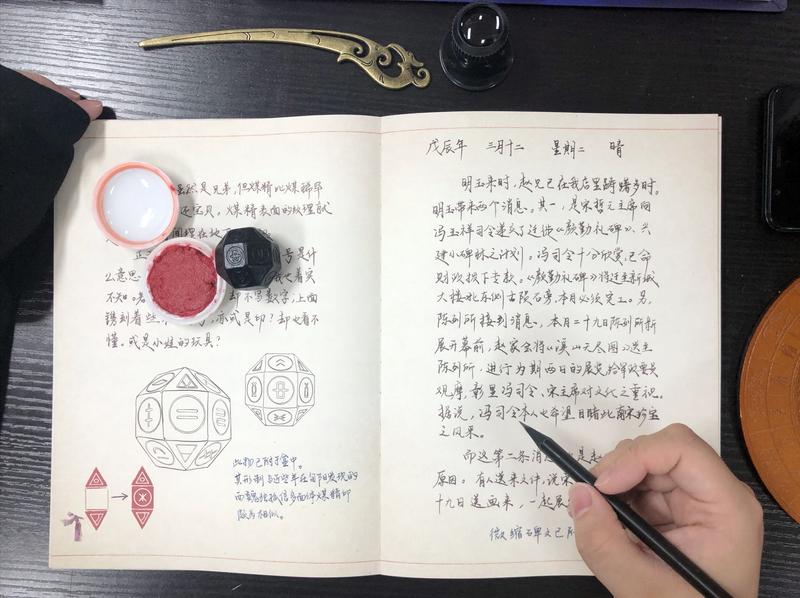 About six months before the launch of the new games, the company will organize contests to highlight them.

Zhu says it also adapted a game based on European history by adding Chinese history and new chromatic cards, so that it will be familiar and easy for Chinese gamers.

"The modern history of board games in the West can be dated back to about 80 years ago. But in China it's less than 20 years. Playing board games is still a niche hobby in China," he says.

"Also, the pace of life in China is fast and many people don't have the time to spend two or more hours on a board game. And some like to play video games on their smartphone, which are faster."

Besides traditional board games, puzzle books at the convention also attracted interest.

A puzzle book called Wujincang (literally meaning "endless treasures") allows readers to rediscover the artifacts of the Shaanxi History Museum through an interactive experience. A crowdfunding project was launched in February for the book and collected more than 676,000 yuan, with 2,968 supporters within 46 days.

The book's content is a handwritten diary of an old staff member of the museum, with accessories such as a hairpin, compass, letter, newspaper and photo negatives. And gamers have to download a mobile phone app, through which they can test and verify their answers to the puzzles in the book.

"Puzzle books are a new product in the game market. With enhanced game experience, players can also learn more about Chinese history and culture," says Huang Yiming, from Sichuan-based Boxed Lightning Games Studio, who's in charge of the puzzle book design.

He communicated with experts from the museum and chose some classic collections and integrated them into the book.

For example, one accessory is a black polyhedron seal that helps gamers to solve puzzles. It's based on ancient seal of Dugu Xin, a general from the Western Wei Dynasty (535-556).