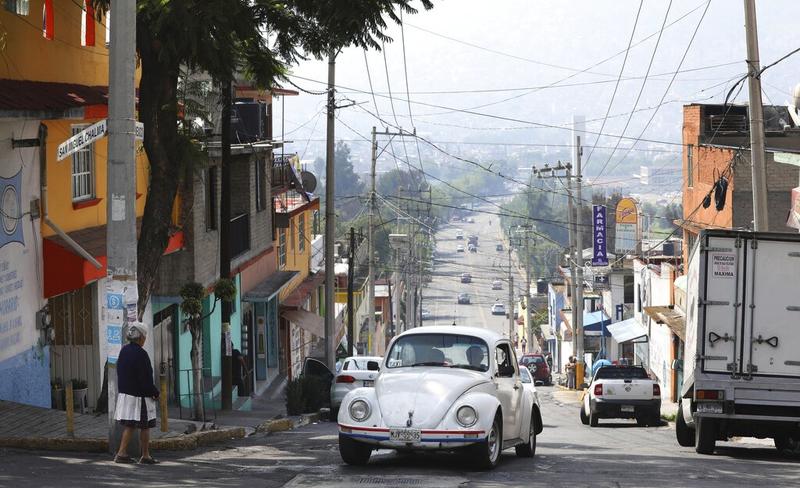 A Volkswagen Beetle makes it to the top of a hill in a neighborhood of Mexico City known colloquially as "Vocholandia," for its love of the classic Beetle, called vochos, July 9, 2019. (CRISTINA BAUSSAN / AP)

MEXICO CITY — The Beetle is dead. Long live the Beetle.

The modern edition of the iconic Volkswagen model ceased production Wednesday, but people in Cuautepec on the outskirts of Mexico City still rely on the original no-frills version, praising it for its affordability, reparability and, most of all, its dexterity at handling the district's steep streets.

On Wednesday, the last of the 5,961 Final Edition versions of the Beetle was rolled out under a confetti shower as a mariachi band sang the classic Mexican tune "Cielito Lindo."

High above the valley floor, where the notorious smog turns the surrounding hills into hazy silhouettes, the old-model compacts are popularly used as informal taxis for a place that lacks public transportation. The sputtering, bulbous, rear-engine cars popularly known as "vochos" are ever-present in Cuautepec, an obsession for some after production of the Type 1's stopped in 2003 and the front-engine New Beetle failed to impress most locals.

"The new ones don't get uphill, and the old ones can climb any incline without problem," said taxi driver Adrián Martínez.

An exception is businessman David Álvarez, a resident of neighboring Mexico State who drives a 2008 New Beetle with a roll-down top. Though he has owned older Beetles and admits his newer version isn't as ideal for hilly terrain, he likes the attention it draws.

"It's an attractive car with a lot of personality," Álvarez said. "It turns a lot of heads in the streets."

For Mexico, the halt to Beetle production marks an end of an era. The VW factory in Puebla, southeast of the capital, had long been the only plant in the world still manufacturing classic Beetles and more recently became the only one left making modern ones.

READ MORE: End of the road for Volkswagen Beetle

At the plant Wednesday, the last of the 5,961 Final Edition versions of the Beetle — this one painted "stonewash blue," according to the company — was rolled out under a confetti shower as a mariachi band sang the classic Mexican tune "Cielito Lindo." It wasn't for sale, destined instead for a museum.

Steffen Reiche, president of VW Mexico, said at the goodbye ceremony that while the Beetle won't be manufactured anymore, it left its mark on the country. 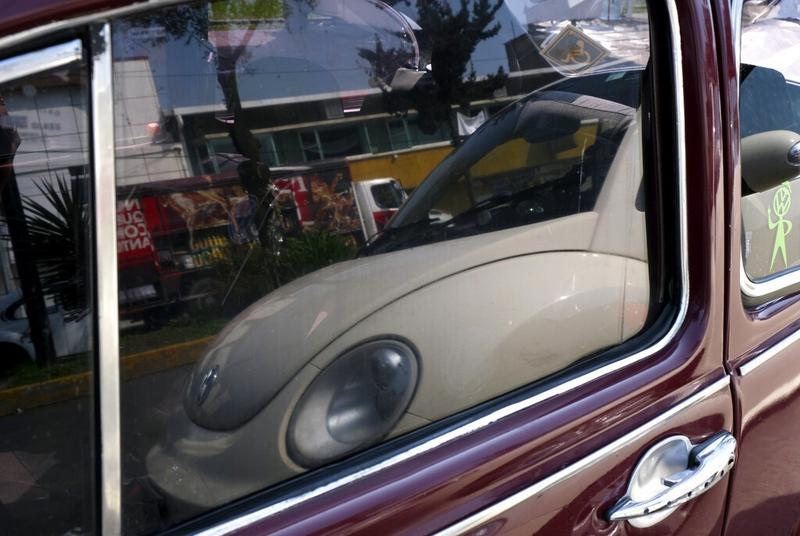 A newer model of the Volkswagen Beetle is reflected in the window of an older Beetle in a neighborhood of Mexico City known colloquially as "Vocholandia," for its love of the classic Beetle, called "vocho", July 9, 2019. (CRISTINA BAUSSAN / AP)

"Its arrival conquered the hearts of the people with its special design and quality," Reiche said. "Still today in the streets, we see the 'vochos' that keep this legacy alive."

Green-and-white painted Type 1's used to be the norm for taxis in Mexico City, but authorities ended cab licenses for the last of the "vochos" in 2012.

ALSO READ: Volkswagen to end production of the Beetle next year

Taxi driver Francisco Trujillo said this technically means he and others who operate the older model in Cuautepec are doing so illegally. But local police rarely bother the drivers, he said, and the cars stay in high demand for residents who grew up when VW taxis were everywhere.

"This service still exists because the locals always know how to find us," Trujillo said.

There are plenty of people in other parts of Mexico City who said good riddance when the "vocho" taxis disappeared.

The two-door vehicles, nearly always with the front passenger seat removed, earned notoriety as robbery traps. Muggers, sometimes in cahoots with cab drivers, would appear suddenly to demand the belongings of clients trapped in back seats with no way out.

Among aficionados in Cuautepec, known colloquially as "vocho land," there is some concern that Beetlemania may come to an end as parts become increasingly hard to come by.

Mechanic Juan José Fragoso's shop in the nearby Progreso Nacional neighborhood has become known locally for its ability to fix older Beetles. He said he gets parts from a business partner who buys and strips broken or abandoned Type 1's.

"Right now they're very scarce because they discontinued a lot of parts," Fragoso said.

Some mechanics prefer to collect the cars for their own use. 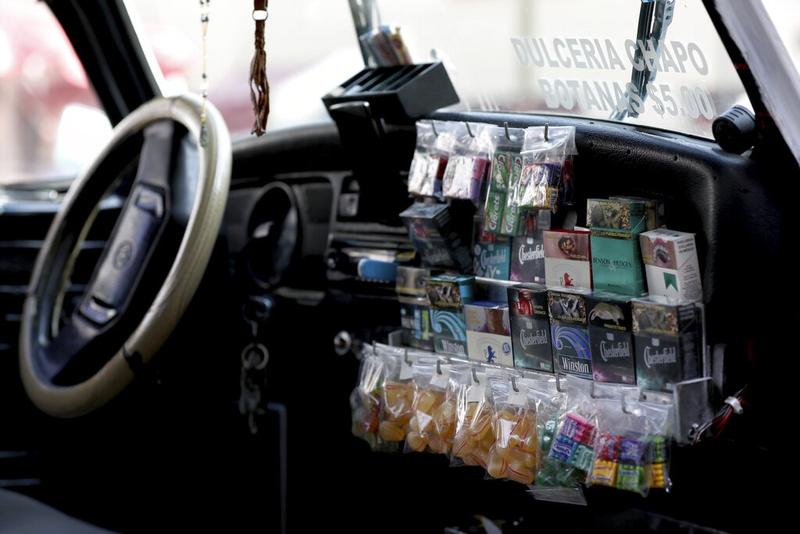 Candy and cigarettes for sale are stored inside a Volkswagen Beetle in a neighborhood of Mexico City known colloquially as "Vocholandia," for its love of the classic Beetle, called "vocho", July 9, 2019. (CRISTINA BAUSSAN / AP)

Bernardo García, another mechanic in Progreso Nacional, got his first Beetle when he was 13 and hasn't stopped buying them since. García said the now-relic will always be his favorite for its combination of value and efficiency.

His latest purchase: A fixer-upper 1975 "vocho" that is older than him.

"I think the car has even more documents than I do," he quipped.