How Expo 2010 sowed the seeds of success

By Bo Leung in London 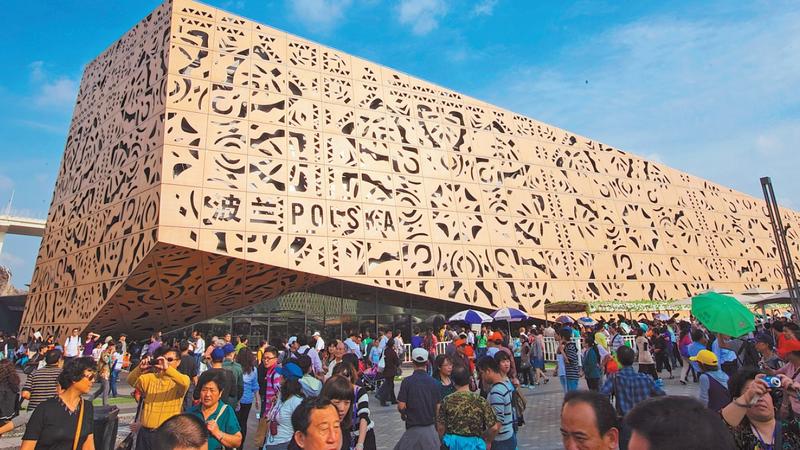 The Polish pavilions at Expo 2010 in Shanghai. The theme for the event, held on both sides of the Huangpu River on a site with a total area twice the size of Monaco, was "Better City, Better Life". (PHOTO PROVIDED TO CHINA DAILY)

Editor's note: In "Footprint", a series of stories recalling important examples of China interacting with the rest of the world, we follow the country's path over the past seven decades.

In 1851, Chinese merchant Xu Deqiong laid out his finest silk in Shanghai ahead of showing it during the Great Exhibition at Crystal Palace, in Hyde Park, London, a venue built specially to stage the first global expo.

The silks exhibited by Xu caused a sensation and were awarded gold and silver medals.

As a mega-event gathering countries from around the world in Shanghai, Expo 2010 both reflected and anticipated China’s ambition to build a community with a shared future for humankind

China's participation at the event was also captured by the British artist Henry Selous, who included a Chinese merchant in his painting The Opening of the Great Exhibition.

The country took part in the event just after the First Opium War (1839-42) as the Qing Dynasty (1644-1911) began opening up ports to trade, with foreign powers continuing to press for greater access to Chinese markets.

Rana Mitter, professor of History and Politics of Modern China at the University of Oxford, said: "To some extent, China's presence at the 1851 Crystal Palace exhibition was a product of the country being forced into the world. It was very different to Expo 2010 in Shanghai, when China was acting very much under its own power and inviting the world in. In that particular case (the London exhibition) it was a dynasty under siege that was trying to make a case about itself to the new dominant power in the world, which at the time was Britain."

Xu could never have imagined that 151 years after exhibiting at Crystal Palace, China would become the world's second-largest economy and Shanghai would go on to celebrate winning the bid to hold Expo 2010, becoming the first developing country to hold an official exposition.

Shanghai was selected as host by the Bureau International des Exposition's Member States during the organization's 132nd General Assembly in December 2002 at the Prince's Palace of Monaco in Monte Carlo. 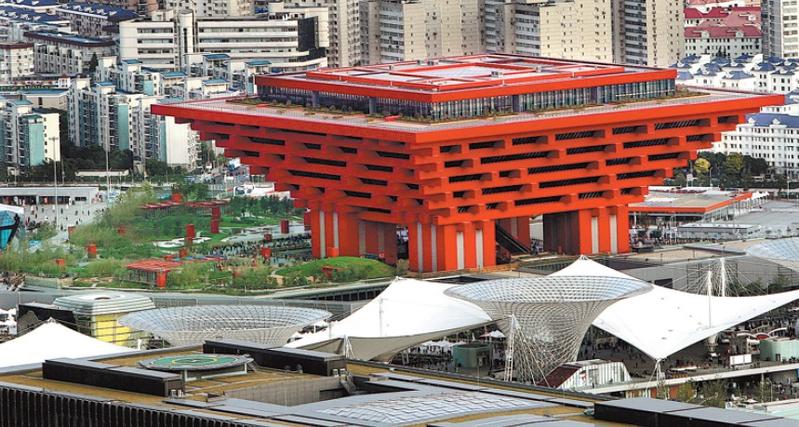 The Chinese pavilions at Expo 2010 in Shanghai. (PHOTO PROVIDED TO CHINA DAILY) 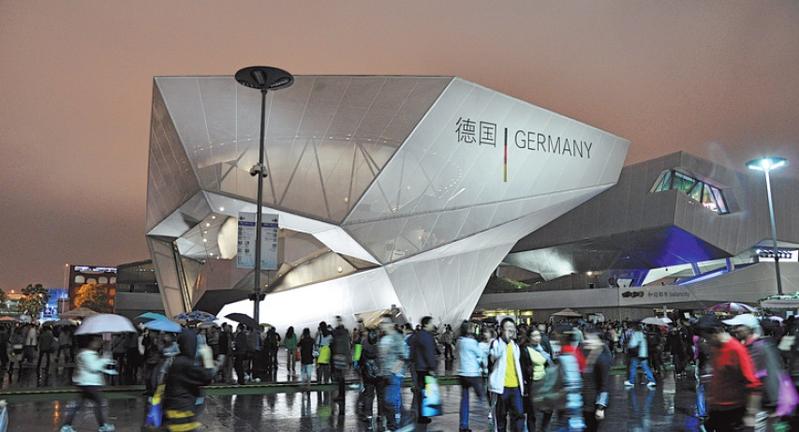 The German pavilion at Expo 2010 in Shanghai. (PHOTO PROVIDED TO CHINA DAILY)

Vicente G. Loscertales, secretary-general of the BIE, said there were many reasons China's bid beat those from South Korea, Russia, Mexico and Poland.

"By playing to China's strength as an emerging economic powerhouse and to Shanghai's position as a global city open to the world, the campaign successfully conveyed the strong will to bring China to the world, and the world to China."

The Shanghai Expo was one of the most expensive and largest world fairs held in the city, showcasing China's growing global influence as the country flexed its soft-power muscles during the event.

The six-month expo smashed records for visitor numbers with more than 73 million people, most of them from China, attending. The highest daily attendance was 1.03 million.

At the closing ceremony, then-premier Wen Jiabao described the fair as "splendid", adding that it "truly brought together people from around the globe".

Urso Chappell, a graphic designer from the United States who runs ExpoMuseum, a website dedicated to the history of the Shanghai expo, said the Beijing Olympics in 2008 was a chance for the hosts to show the world what China had achieved and had become, but the Shanghai event was about the rest of the world interacting with China while impressing local audiences.

Chappell, who has attended 11 expos, believes the Shanghai event created a "new chapter" for the city where people could see how it had evolved, and it also renewed confidence in its capabilities.

The theme for the event, held on both sides of the Huangpu River on a site with a total area twice the size of Monaco, was" Better City, Better Life".

"It was also interesting to see how many countries presented themselves to China and the message they felt they wanted to convey," Chappell said.

"Considering all these factors, countries felt that it was time for China to host a World Expo, and for the world to gather, showcase itself and cooperate in Shanghai." 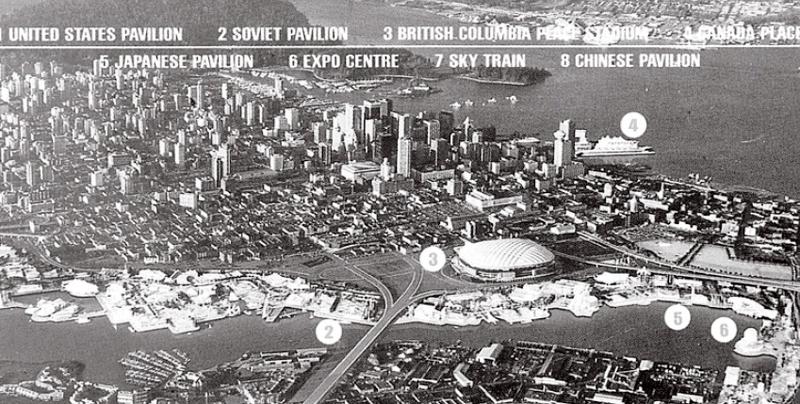 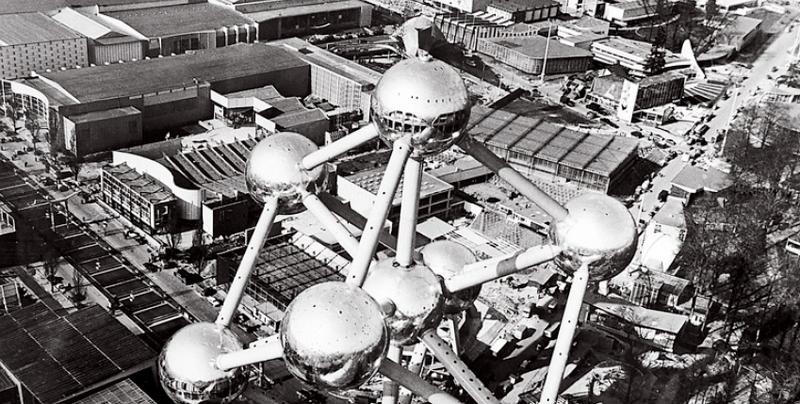 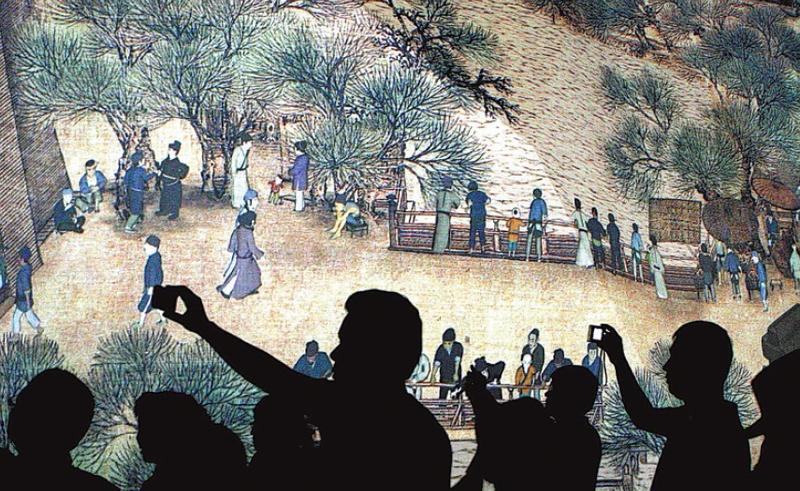 A digitalized version of Riverside Scene at Qingming Festival, a masterpiece from the Song Dynasty (960-1279), is displayed at the Chinese Pavilion at Expo 2010 in Shanghai. (PHOTO / XINHUA)

According to the BIE, such expos are "unique global events based around international cooperation and focused on a universal theme that brings the entire world together".

Loscertales said: "In the face of global challenges, expos create awareness and mobilize citizens. From the planning phase through to the expos themselves and their aftermaths, these events are major platforms for communication that engage the public around the theme and encourage the exchange of ideas and experiences."

Shanghai officials had high hopes for the 2010 event, and authorities at national level devoted tremendous resources and efforts to stage it.

The Chinese Pavilion, known as the Oriental Crown, was the most expensive and largest, costing more than US$220 million and occupying over 71,000 square meters.

Operating costs for the event were 11.96 billion yuan (US$1.7 billion at today's rates), the highest ever for such an expo at the time, but it still made a profit of more than 1 billion yuan.

Loscertales said the expo created a huge amount of curiosity, interest and excitement during the preparations and throughout the event.

"The atmosphere in Shanghai was vibrant, with everyone - expo staff members and volunteers, Chinese officials, international participants, and the public - feeling tremendous pride, joy and enthusiasm about the event finally coming to life, and about the world being there."

The fair attracted 246 countries and overseas organizations, setting a record for international participation.

A digitalized version of Riverside Scene at Qingming Festival, a masterpiece from the Song Dynasty (960-1279), is displayed at the Chinese Pavilion at Expo 2010 in Shanghai. (PHOTO / XINHUA)

One of the most talked about and visited pavilions was the United Kingdom's Seed Cathedral, designed by Thomas Heatherwick, and dubbed "the dandelion" by locals.

The six-story cube-like structure comprised 60,000 transparent rods, each containing the seeds of different plants. The seeds were sourced from the Kunming Institute of Botany in Yunnan province, which is a partner of the Millennium Seed Bank at the Royal Botanic Gardens, Kew, in London.

Wolfgang Stuppy, scientific curator at the Botanic Garden of Ruhr-University Bochum in Germany, who helped organize and source seeds for the pavilion when he worked at Kew, remembers the excitement at the time, because "it was such an extraordinary idea" and made people more aware of the need to conserve plants.

Stuppy said the Shanghai expo was "a huge stage to get our message across and attract important people who could help us further .. it was only possible because of the collaboration with our Chinese partners." 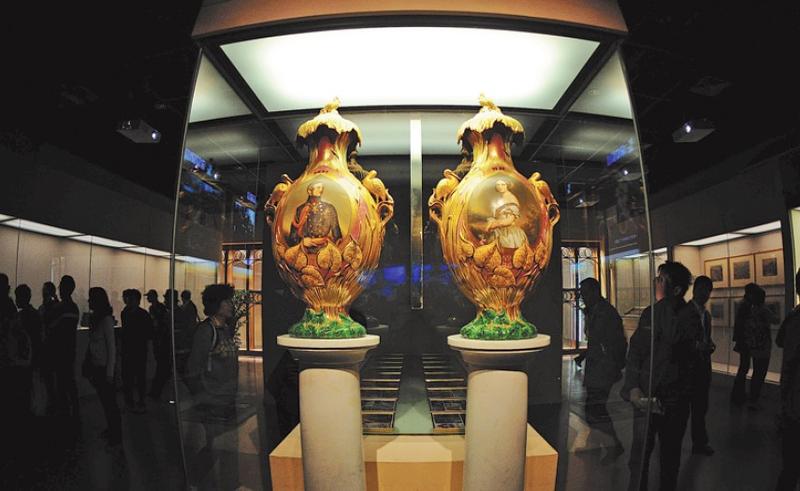 Two vases from the Great Exhibition in London in 1851, depicting Queen Victoria and her husband, Prince Albert, are displayed at the Shanghai expo. (PHOTO / XINHUA) 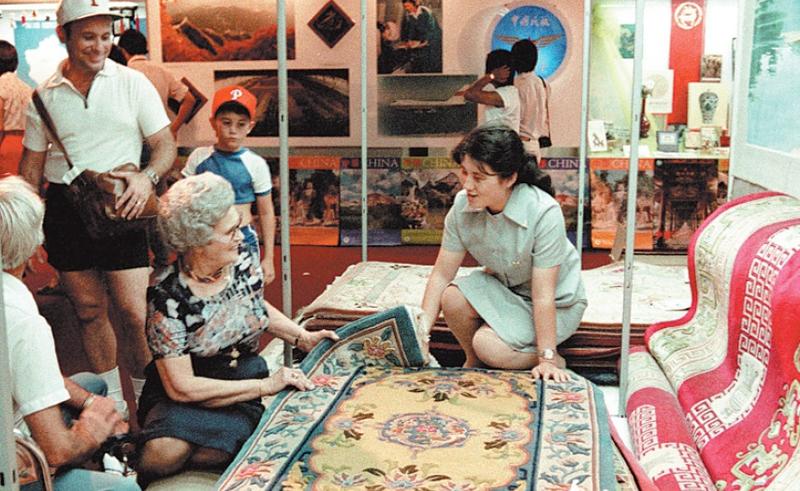 Loscertales said, "For a fast-growing and constantly evolving city, the expo was an endeavour that allowed the Shanghai government to catalyse renewal in the heart of the city, creating new green spaces and allowing the development of cultural venues."

Almost a decade later, the legacy of the expo can be seen in Shanghai's urban transformation and economic and cultural development.

Part of the site used for the event is now occupied by the World Expo Museum, which opened in 2017 and is the only such institution in the world entirely dedicated to the history of expos. The museum was approved by the BIE.

Loscertales said: "Shanghai is undoubtedly one of the greatest examples of a city transformed by a World Expo. The beautiful parks along the Huangpu River, the museums, including the World Expo Museum, the city's unrivaled transportation network and its cosmopolitan outlook - all of these were made possible or buoyed by Expo 2010."

The event was a "diplomatic success story" for China as a whole, according to Loscertales, as it improved relations with countries worldwide.

"As a mega-event gathering countries from around the world in Shanghai, Expo 2010 both reflected and anticipated China's ambition to build a community with a shared future for humankind," he said.

Mitter, from Oxford University, said it was very important for Shanghai to try to emphasize its legacy as a gateway to the world.

"Much like the Olympics, such expos are chosen through an international process. Therefore, Shanghai being given this status was a big indication that China was being recognized as a country very much in the first tier of international trade and commerce," he said. Mitter added that the next stage in the country's development will be moving from an export powerhouse to developing a strong and self-contained economy.