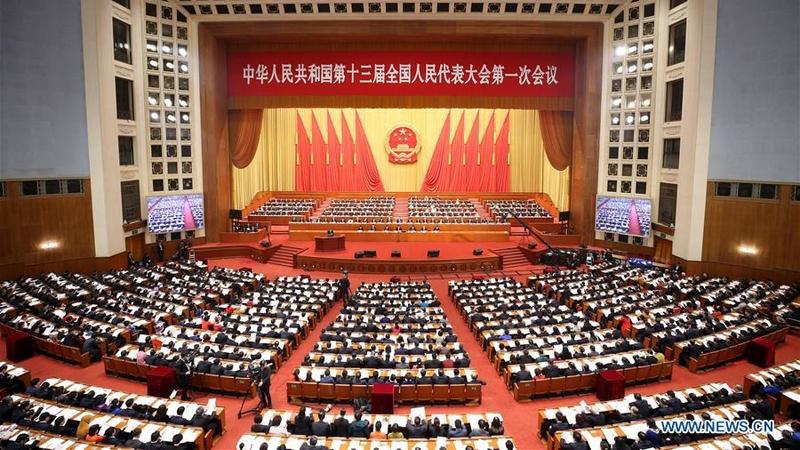 The fourth plenary meeting of the first session of the 13th National People's Congress (NPC) is held at the Great Hall of the People in Beijing, capital of China, March 13, 2018. (YAO DAWEI / XINHUA)

Approved at a plenary meeting of the ongoing first session of the 13th National People's Congress, the plan will create an immigration administration, an agency to coordinate foreign aid, a combined banking and insurance regulator, ministries of veterans affairs, emergency management, natural resources, among others.

According to Wang, the cabinet will have fewer entities at ministerial or vice-ministerial levels.

"It focuses on the needs of development and meets the people's expectations," he said.

The move is seen as a continuation of the previous seven rounds of cabinet restructuring since the early 1980s.

The latest restructuring is considered as part of a broader plan of the Communist Party of China to deepen the reform of the Party and state institutions.

"The reform comes at a crucial time," Chen Xi, a senior Party official, said in an article recently published in the People's Daily.

It will support the efforts in the next three years in building a moderately prosperous society and lay a foundation for building a great modern socialist country by the middle of the century, Chen said.