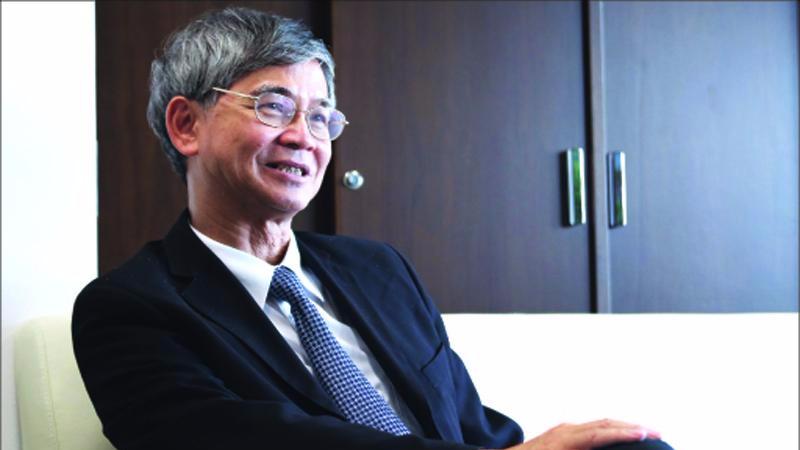 Secretary for Labour and Welfare Law Chi-kwong said the government is committed to canceling the MPF offset mechanism but will help small and medium-sized enterprises which face financial problems as a result. (PARKER ZHENG / CHINA DAILY)

There is no doubt the government will cancel the offsetting arrangement, and we will produce a mutually acceptable plan to the business and labor sides

Based on the proposal the previous government put forward in June, Law said the current government will gather more input from both sides. It intends to come up with a concrete, workable proposal by the end of the year — with a view to abolishing the offset function.

The process involves amendments to the employment and MPF ordinances. Law hopes the legislative process can be completed before the 2016-20 term of the Legislative Council lapses in the summer of 2020.

“There is no doubt the government will cancel the offsetting arrangement, and we will produce a mutually acceptable plan to the business and labor sides,” the academic-turned secretary told China Daily in an exclusive interview.

“I think it was a good move by (former) chief executive Leung Chun-ying to announce a proposal before the end of his tenure,” he said. “It helps the new government to dispatch a message that it will tackle the problem.”

Law stressed Carrie Lam also made it clear in her election manifesto that she would abolish offsetting because it defeats the purpose of retirement protection.

“When she spoke at her first LegCo question-and-answer session in July, she pledged that the government would be more deeply involved by further spending on top of the HK$7.9 billion, with which the previous government aimed to subsidize employers during a 10-year transition period,” Law said.

The labor secretary surmised that extra financial assistance to employers would amount to billions of dollars.

After assuming office in July, he has met both sides several times to understand their standpoints.

He realizes employees are unhappy that the new method of calculation of severance and long-service payments is changed from two-thirds to half the final wage.

He said the government is willing to be more deeply involved and cancel the offset mechanism but at the same time to help small, medium and micro enterprises which have financial problems.

“We, however, cannot take over either partly or wholly the responsibilities of the business and workers’ sides,” Law said.

“As to labor’s counterclaim of two-thirds of final salary, we are doing sensitivity analysis as to the financial capabilities of different types of employers.”

Employers, however, want the government to prolong the transition period and bear a bigger proportion of severance and long-service payments instead of 50-50.

“There must be a time limit on the transition period. As to the ratio, there is room for adjustment but it is impossible for the government to bear a very high ratio of 9:1, 8:2 or 7:3. Otherwise, moral hazard will occur if employers need not pay or pay just very little.”

“Prevalent proposals suggest that a retiree shall be given a monthly allowance of some HK$3,000. Yet this does not fulfill international standard because it is inadequate for an elderly retiree’s basic living needs in Hong Kong,” Law said.

“But if that is what people call universal pension, the government is in fact providing financial support to old people in terms of Old Age Allowance and the Old Age Living Allowance (OALA), while a higher OALA, with more generous asset limits, is also offered,” he added.

Those who are very poor can apply for social security, with a single elderly person receiving up to HK$6,100 per month, Law said, adding that all these types of allowances are not self-contributory.