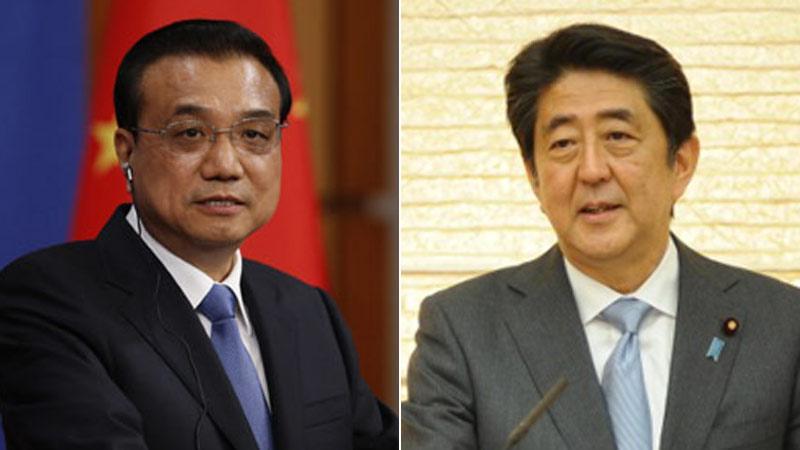 BEIJING - Chinese Premier Li Keqiang on Friday exchanged congratulatory messages with Japanese Prime Minister Shinzo Abe to mark the 45th anniversary of the normalization of bilateral relations, with both expressing the hope for a stable development of China-Japan ties.

In his message, Li said the current circumstances present new opportunities as well as challenges to China-Japan relations

In his message, Li said the current circumstances present new opportunities as well as challenges to China-Japan relations.

Saying China attaches importance to its ties with Japan, Li expressed the hope that Japan can meet China halfway to jointly safeguard the political foundation of their relations and properly manage and control their contradictions and differences in the spirit of learning from history while looking to the future, to push for the stable improvement and development of the China-Japan ties.

Li also said since China and Japan normalized their relations 45 years ago, the two countries have reached four political documents and a four-point principled consensus, and deepened exchanges and cooperation in various fields thanks to the efforts by the Chinese and Japanese governments and far-sighted people, bringing benefits to peoples of both countries and boosting regional and global prosperity and stability.

The hard-won results in the development of bilateral relations should be highly valued, Li added.

Abe said in his message that Japan is willing to commemorate with China the 45th anniversary of the normalization of bilateral ties, conduct cooperation, and bear in mind the overall situation, boost bilateral exchanges and cooperation in various fields so as to forge a stable and friendly bilateral relationship.