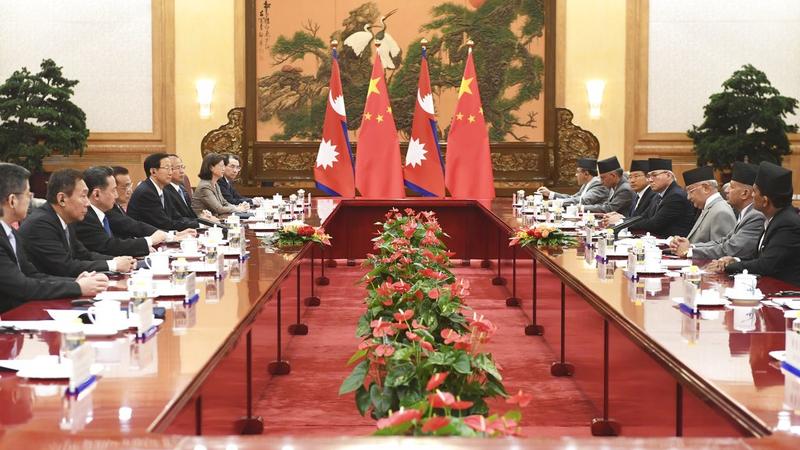 China and Nepal will build a cross-border railway connecting the Tibet autonomous region with Kathmandu, as agreed on in more than 10 cooperative documents signed on Thursday.

Over the past two years, China-Nepal relations have made new progress

The signing was witnessed by Premier Li Keqiang and his visiting Nepali counterpart Khadga Prasad Sharma Oli at the Great Hall of the People in Beijing. Oli is on a six-day visit to China.

The new line will connect the Gyirong trading port in the city of Xigaze, Tibet, with the Nepali capital Kathmandu, Vice-Foreign Minister Kong Xuanyou said at a briefing after the two leaders' meeting. A railway was put in operation in 2014 linking Xigaze with the autonomous region's capital Lhasa, which is also at one end of the lengthy Qinghai-Tibet Railway.

"Over the past two years, China-Nepal relations have made new progress. Nepal is undertaking political transformation, and we respect your choice of social system and development path and support Nepal in safeguarding national sovereignty, independence and rightful interests," Li said during their meeting. "We highly appreciate Nepal's adherence to the one-China policy."

China would like to work with Nepal on building a cross-Himalayan connectivity network via projects in trading ports, railways, highways, aviation and telecommunications, Li said. The two countries should also deepen cooperation in trade, production capacity, investment and agricultural goods, to develop their own advantages, he said. Chinese companies are supported to make investments in the South Asian neighbor, which is also expected to facilitate their businesses, he said. 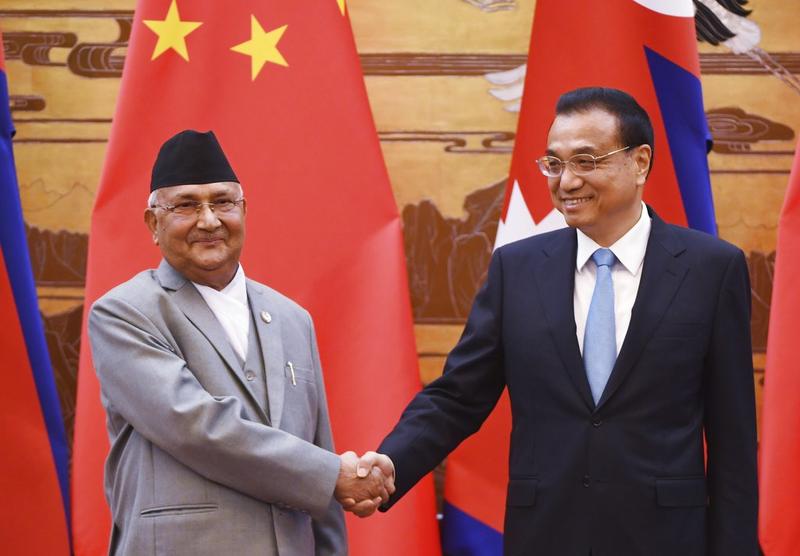 Li called for a start of negotiations on a free trade agreement between the two neighbors as soon as possible. He said both countries uphold multilateralism and free trade, and they should resort to multilateralism to tackle increasing uncertainties in the international context.

Both countries have developed friendship and cooperation based on the five principles of peaceful coexistence, Li said. Development of bilateral ties is beneficial to the two countries, and regional peace, stability and prosperity, he said.

China would like to strengthen exchanges and coordination with Nepal in multilateral organizations, such as the United Nations and the Shanghai Cooperation Organization, to safeguard common interests, Li said.

Oli said the two countries have had a close connection over the long term and adhere to the five principles of peaceful coexistence with respect to each other's core interests and major concerns. Nepal firmly sticks to the one-China policy and promises not to tolerate anti-China activities on its territory, he said. The South Asian country will further strengthen ties and cooperation with China and proactively participate in the Belt and Road Initiative, he said.