WC winner Mbappe donating bonus of about US$350,000 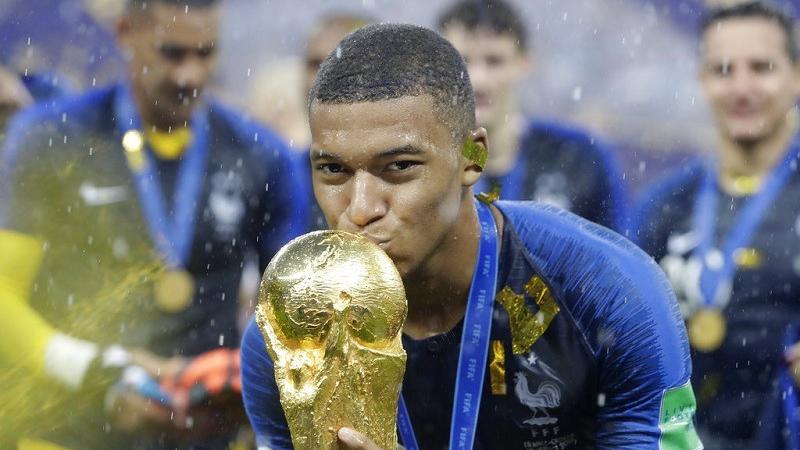 France's Kylian Mbappe kisses the trophy after the final match between France and Croatia at the 2018 soccer World Cup in the Luzhniki Stadium in Moscow, Russia, July 15, 2018. (MATTHIAS SCHRADER / AP PHOTO)

PARIS - Teenage World Cup winner Kylian Mbappe is giving his bonus to an association that puts sports in the lives of hospitalized children.

The head of Premiers de Cordee (First in Line), Sebastien Ruffin, says two weeks before France clinched the World Cup he was informed that Mbappe would give the group his bonus if the team qualified for the quarterfinals. 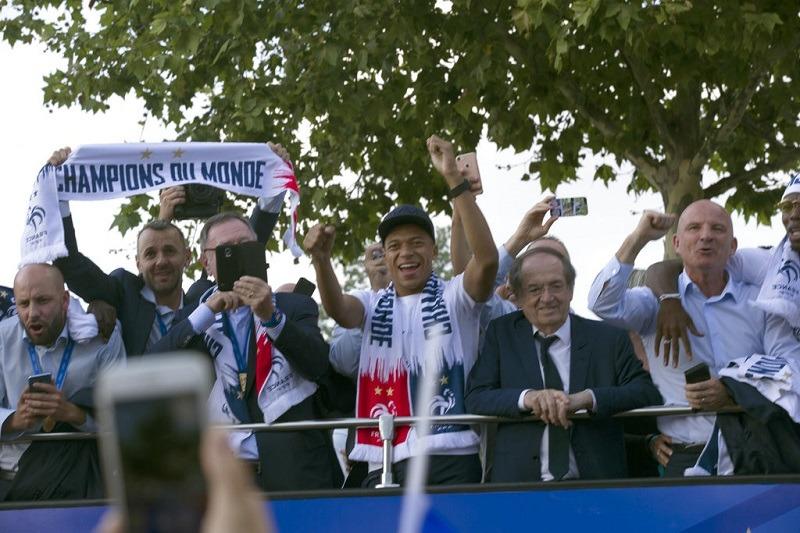 France's Kylyan MBappe (center) waves with other teammates on the roof of a bus while parading down the famed Champs-Elysee avenue in Paris, July 16, 2018. (CLAUDE PARIS / AP PHOTO)

Mbappe mentors the kids, and Ruffin said the player has "very good contact" with them: "I sometimes feel he gets more pleasure playing with kids than they do."