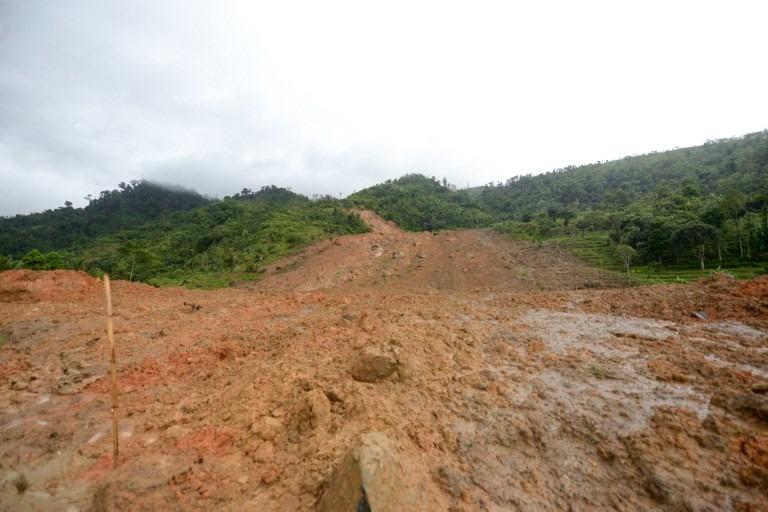 This photo shows a general view of a site of a landslide triggered by heavy rain in Sukabumi, West Java province on Jan 1, 2019. Indonesia's disaster agency said on Jan 11 that Sukabumi district was hit by a landslide, killing one child. (PHOTO / AFP)

JAKARTA — A landslide engulfed children playing near a cliff in central Indonesia, killing one and injuring several, the country's disaster agency said Friday.

He said that three children out of a group of six were injured and two were safe. They were playing by rail tracks in a hilly area when the landslide suddenly hit in Java's Sukabumi district, about 100 kilometers south of the capital, Jakarta.

A landslide in Sukabumi on the main island of Java earlier this month killed 32 people.