Argentina rallies to draw 2-2 against Germany in friendly 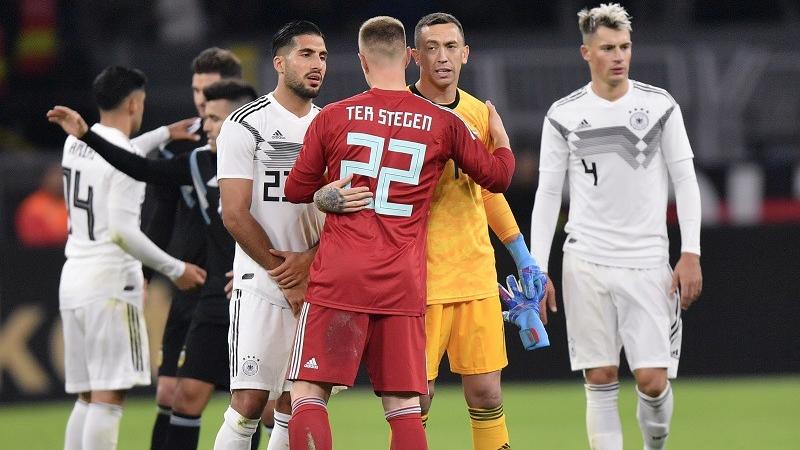 DORTMUND, Germany - A weakened Argentina side came from two goals down to earn a 2-2 draw against an injury-hit Germany team in their friendly on Wednesday.

Playing without the suspended Lionel Messi - and the likes of Gonzalo Higuaín, Ángel Di María or Sergio Agüero - the visitors still managed to cancel out first-half goals from Serge Gnabry and Kai Havertz with second-half strikes from Lucas Alario and Lucas Ocampos, who scored on his debut.

Germany coach Joachim Löw gave four players their international debuts in Dortmund, including Freiburg teammates Robin Koch and Luca Waldschmidt, and Nadiem Amiri and Suat Serdar, who came on in the second half.

But Löw's side lost control in the second half and allowed the visitors to level after Bayern Leverkusen forward Alario came on for the ineffective Paulo Dybala in the 62nd minute.

Alario scored in the 66th and set up Ocampos to equalize in the 85th.

"Basically you're always annoyed when you're leading 2-0 and then draw 2-2," Löw said. "They brought in some quality from their substitutions. In the second half we lost the ball a few times. We weren't so courageous and got into difficulties."

With Barcelona's Marc-André ter Stegen in goal in place of regular No. 1 Manuel Neuer, it was the first time Germany started without a World Cup champion on the field since winning the trophy in 2014.

Niklas Stark, who had been called up six times already, had to keep waiting for his Germany debut due to gastrointestinal problems. The Hertha Berlin defender has waited longer than any other player since his initial call-up under 13 years of Löw.

Leverkusen's Jonathan Tah dropped out earlier Wednesday due to flu, leaving Löw with just Niklas Süle and Koch as the only central defenders in his squad. He had already resisted calls to bring Dortmund defender Mats Hummels back after sending him to early international retirement.

Counterpart Lionel Scaloni was also forced to improvise with Messi suspended for making allegations of corruption at the Copa América, and other stars missing. The visitors were all but overrun in the first half.

Joshua Kimmich captained Germany for the first time and was booked for a bad challenge in the 11th, four minutes before Bayern Munich teammate Gnabry broke the deadlock after Angel Correa lost the ball in midfield. Lukas Klostermann surged forward and crossed for Gnabry, who beat three defenders to the ball before dinking it over Agustin Marchesin to score. 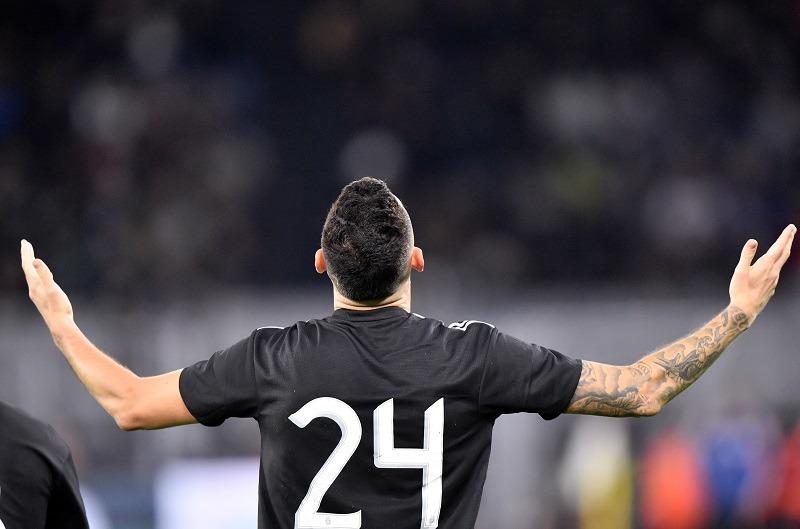 Gnabry crossed for Havertz to score in the 22nd after another lost ball in the Argentina midfield. It was the Leverkusen midfielder's first international goal.

Marcel Halstenberg struck the crossbar with a free kick for Germany, before Rodrigo de Paul replied by hitting the post at the other end. It was the only real chance for Argentina before the break, when the home side was applauded off the pitch.

The visitors enjoyed more possession after the interval and Alario duly pulled one back after Marcos Acuna was left in plenty of space to cross.

Löw responded by bringing on Amiri and then Serdar for their debuts, but the visitors had all the momentum.

Germany endured a few scares before Ocampos finally found the equalizer after a fine run from Alario. 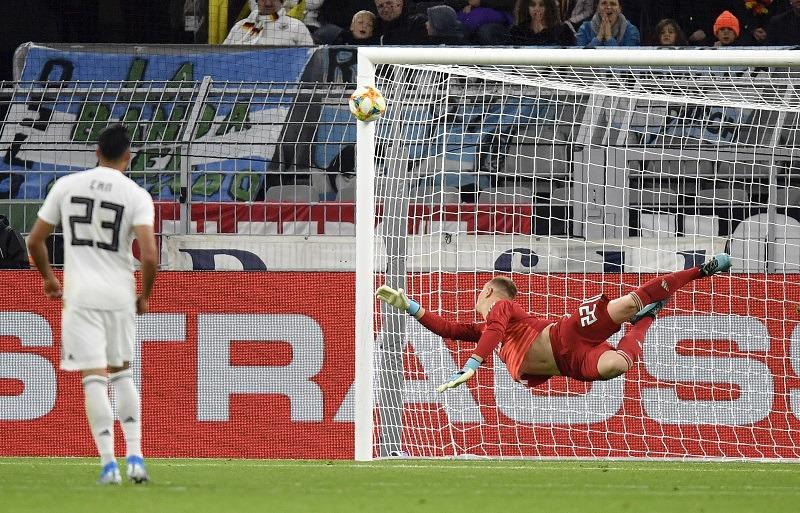