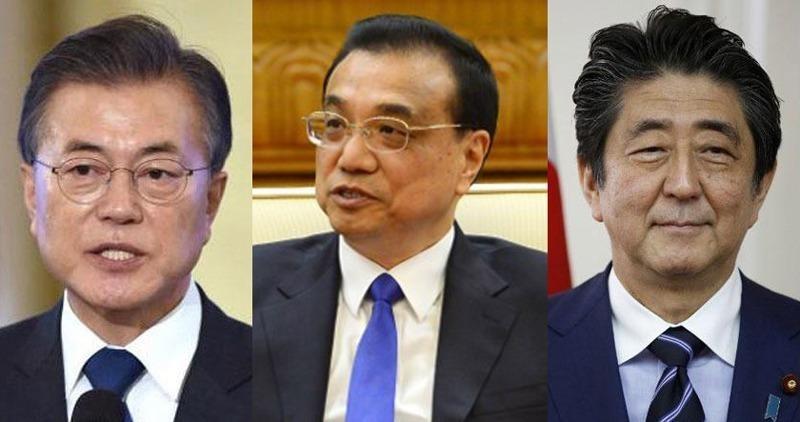 SEOUL/BEIJING - The Republic of Korea's (ROK) President Moon Jae-in will visit China next week for a trilateral summit with Japan amid rising tension over stalled denuclearization talks between the Democratic People's Republic of Korea (DPRK) and the United States, Moon's office said on Tuesday.

Moon is scheduled to arrive in China on Dec 23, one day before the planned trilateral meeting in the southwestern city of Chengdu with Chinese Premier Li Keqiang and Japanese Prime Minister Shinzo Abe, his spokeswoman Ko Min-jung said at a briefing.

The leaders would review the recent situation on the peninsula and discuss ways to boost three-way cooperation to achieve denuclearization and permanent peace, Moon's spokeswoman said

The leaders would review the recent situation on the peninsula and discuss ways to boost three-way cooperation to achieve denuclearization and permanent peace, Ko said.

Moon is also expected to hold separate talks with Abe and Chinese President Xi Jinping during that trip.

The meeting comes amid a war of words that has rekindled in recent days between DPRK and the United States ahead of a year-end deadline set by Pyongyang for Washington to soften its stance in negotiations.

DPRK has also conducted a series of weapons tests, including what it called a "very significant" test at its missile launch site on Sunday.

Moon would seek to consult Xi on the recent developments as ROK sees China as instrumental in reviving the nuclear talks, officials in Seoul said.

"We're watching very carefully various related circumstances that are happening between North Korea and the United States, and we're very cautious to forejudge anything and predict the future," an official at Moon's office told reporters.

She said this year's meeting will focus on the next decade, elevate the level of cooperation among the three countries, and promote peace, stability, development and prosperity in the region and the world.

The three countries had agreed to hold a summit every year to foster regional cooperation starting in 2008.

Since the last such gathering in 2016, relations between Seoul and Beijing soured over the deployment of a US anti-missile shield in ROK, while ROK's ties with Japan plummeted to their lowest in decades amid a bitter spat over history and trade.

Despite lingering tensions, ROK made a last-minute decision to maintain its key intelligence-sharing deal with Tokyo last month.