Doctors say US student freed by DPRK has brain damage 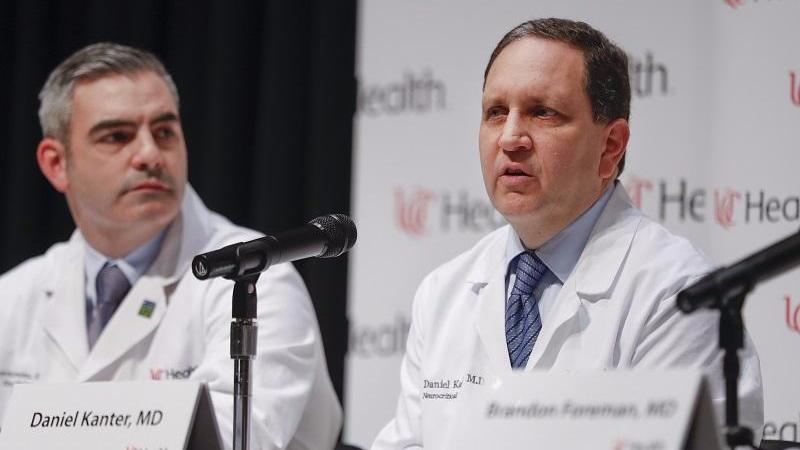 WYOMING, Ohio - An American college student who emerged from prison in the Democratic People's Republic of Korea (DPRK) in a coma has severe brain damage, but doctors don't know what caused it, a medical team treating him in Ohio said Thursday.

The doctors described Otto Warmbier as being in a state of "unresponsive wakefulness" but declined to discuss his outlook for improvement, saying such information would be kept confidential.

"He has spontaneous eye opening and blinking," said Dr. Daniel Kanter, director of neurocritical care for the University of Cincinnati Health system. "However, he shows no signs of understanding language, responding to verbal commands or awareness of his surroundings. He has not spoken."

Warmbier, 22, is in stable condition at the UC Medical Center, where he was taken after his arrival in Ohio late Tuesday after more than 17 months in DPRK captivity. The reclusive country accused the University of Virginia student of anti-state activities.

His father, Fred Warmbier, said the family was proud of him, calling him "a fighter."

The elder Warmbier said he didn't believe DPRK's explanation that the coma resulted from botulism and a sleeping pill. US doctors said they found no evidence of active botulism, a rare, serious illness caused by contaminated food or a dirty wound.

He said there was no reason for DPRK to keep his son's condition secret for more than a year and to deny him top medical care. Warmbier's condition apparently deteriorated shortly after he was sentenced for subversion in March 2016.

Kanter said the young man suffered "extensive loss of brain tissue in all regions of the brain." Doctors said his injuries are consistent with respiratory arrest cutting off oxygen to the brain, but they don't know what caused it.

Doctors said they examined Warmbier's body and saw no evidence of fractures that might be evidence of severe beatings.

The family feels "relief that Otto is now home in the arms of those who love him and anger that he was so brutally treated for so long," his father said at Wyoming High School, where Warmbier graduated in 2013 as class salutatorian and played soccer. 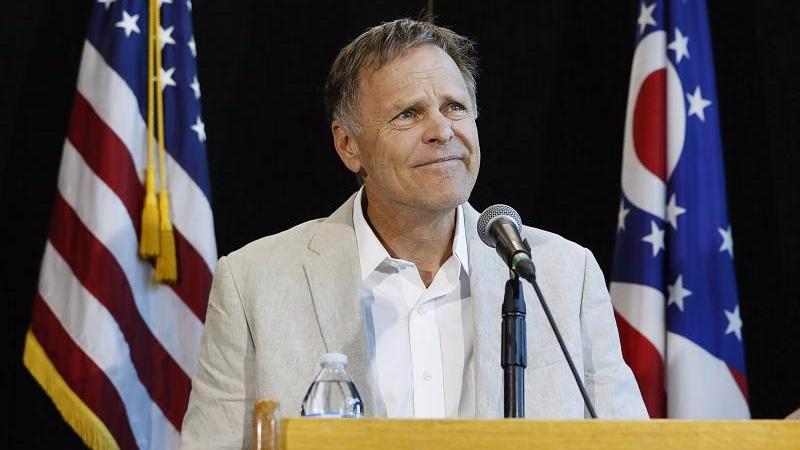 Fred Warmbier, father of Otto Warmbier, a University of Virginia undergraduate student who was imprisoned in DPRK in March 2016, speaks during a news conference, Thursday, June 15, 2017, at Wyoming High School in Cincinnati. (AP Photo / John Minchillo)

Blue-and-white ribbons in the school's colors were tied around trees and utility poles all the way along the city's main road in a show of support.

To honor his son, Fred Warmbier wore the jacket the son wore when DPRK presented him before the media on Feb. 29, 2016, at an event at which he tearfully confessed that he tried to steal a propaganda banner while visiting the country. Otto Warmbier was sentenced the following month to 15 years in prison with hard labor.

Fred Warmbier said that he doesn't know why DPRK released his son but that the country doesn't do anything out of "the kindness of their hearts." He called on the country to release three other Americans held there.

In its first official comment since Warmbier was returned home, DPRK said it released him for humanitarian reasons. The state-run Korean Central News Agency on Thursday didn't comment on his medical condition.

Warmbier's father also accused DPRK of luring Americans to the country with a Chinese tour company making the false promise they will never be detained.

He said he received "a very nice phone call" Wednesday from President Donald Trump, who said Secretary of State Rex Tillerson worked hard to bring Otto home. Warmbier said the family was "extremely grateful for their efforts and concern."

He said he and his wife grew frustrated with the lack of word about their son from former President Barack Obama's administration, which they said instructed them to keep a low profile to avoid upsetting DPRK.

Asked whether he thought the previous administration could have done more, Fred Warmbier replied: "I think the results speak for themselves."

One of Obama's advisers, Ned Price, said the Obama administration had "no higher priority" than securing the release of Americans detained overseas but DPRK's isolation "posed unique challenges." He said Obama "worked through every avenue available" to try to secure Warmbier's release.

Bill Richardson, a former US ambassador to the United Nations, called for an investigation into what happened to Warmbier.

Richardson, a Democrat who has made several trips to DPRK, said a forceful response from the US government would be required "if it's determined that there was a cover-up and Otto's condition was not disclosed and he didn't get proper treatment."

Such detentions in the totalitarian nation have added to tensions between Washington and Pyongyang. The US government accuses DPRK of using such detainees as political pawns. DPRK accuses Washington and the Republic of Korea (ROK) of sending spies to overthrow its government.