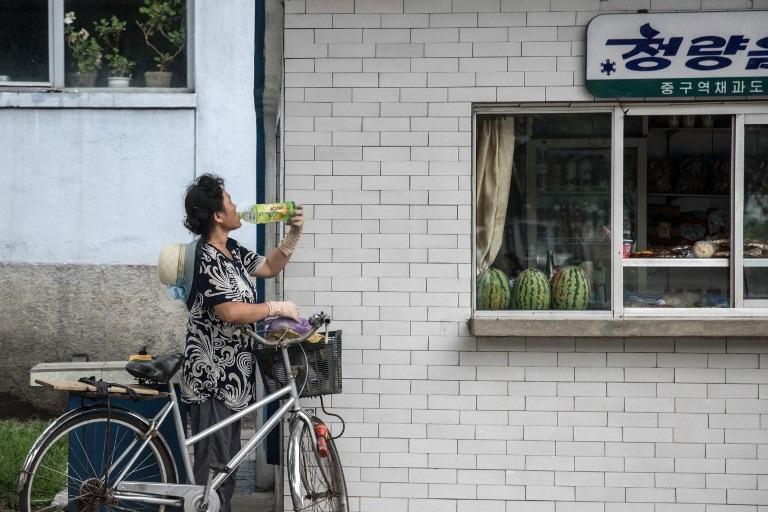 In this photo taken on July 25, 2018, a cyclist drinks from a bottle as she stands before a streetside food stall in Pyongyang. (ED JONES / AFP)

SEOUL  - The Democratic People’s Republic of Korea (DPRK) on Thursday called for an “all-out battle” against record temperatures that threaten crops in a country already grappling with tough international sanctions over its nuclear weapons program.

The resulting drought has brought an “unprecedented natural disaster”, the country said, warning against crop damage that could savage its farm-reliant economy, battered by sanctions despite recent diplomatic overtures.

This high-temperature phenomenon is the largest, unprecedented natural disaster, but not an obstacle we cannot overcome

“This high-temperature phenomenon is the largest, unprecedented natural disaster, but not an obstacle we cannot overcome,” the North’s Rodong Sinmun said, urging that “all capabilities” be mobilized to fight the extended dry spell.

Temperatures have topped a record 40°C in some regions since late July, and crops such as rice and maize have begun to show signs of damage, the mouthpiece of the ruling Workers’ Party said in a front-page commentary.

“Whether the current good crop conditions, for which the whole nation has made unsparing investment and sweated until now, will lead to a bumper year in the autumn hinges on how we overcome the heat and drought,” it added.

Similar past warnings in state media have served to drum up foreign assistance and boost domestic unity.

“I think the message was a precautionary one to minimize any impact on daily life,” said Dong Yong-seung, who runs Good Farmers, a group based in Seoul, capital of neighboring Republic of Korea (ROK), that explores farm projects with the North. 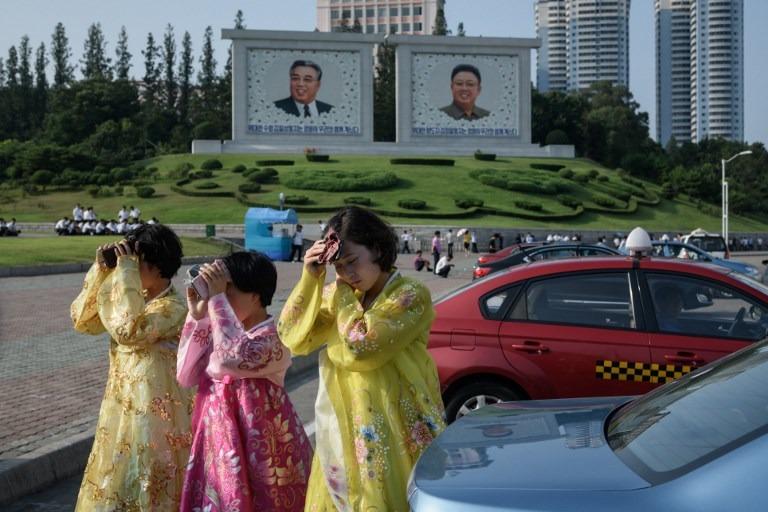 In this photo taken on July 27, 2018, women wearing traditional dress shield their faces from the sun as they cross a street in Pyongyang.  (ED JONES / AFP)

But the mention of unprecedented weather, and a series of related articles, suggest the heat wave could further strain its capacity to respond to natural disasters, said Kim Young-hee, a defector from the DPRK and an expert on its economy at Korea Finance Corp in Seoul.

The warning comes after DPRK leader Kim Jong-un announced in April a shift in focus from nuclear programs to the economy, and held an unprecedented June summit with US President Donald Trump in Singapore.

Since then, the young leader has toured industrial facilities and special economic zones near the North’s border with China, a move experts saw as a bid to spur economic development nationwide.

Drought and floods have long been a seasonal threat in the DPRK, which lacks irrigation systems and other infrastructure to ward off natural disasters.

There appear to be no immediate signs of major suffering in the North, with rice prices stable around 62 US cents per kg through the year to Tuesday, a Reuters analysis of data compiled by the Daily NK website showed.