All HK sectors an indispensable link in nation's security 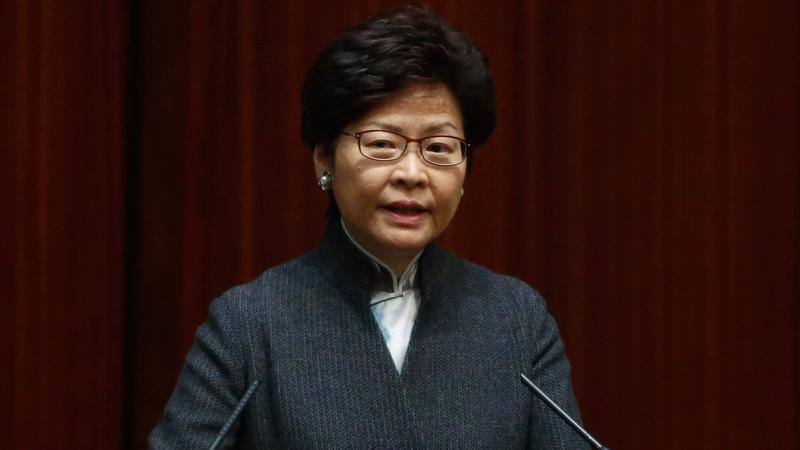 They made the call at the SAR’s first National Security Education Day Symposium. It was also the third year such an “education day” has been held since the National Security Law of the People’s Republic of China was enacted in 2015.

Safeguarding national security, along with ensuring the society’s stability and prosperity, and enabling people to live a prosperous and contended life are the top priorities that everyone should attach great importance to, she said.

But, in Hong Kong, Lam noted that people have a relatively weak notion about national security and a vague definition of it. That is expected to be enhanced and strengthened through the symposium, she said, hoping that some of the misunderstandings could be removed as well.

The SAR government will also strive to enhance the public’s awareness of national security by promoting their understanding of it through public education and motivating all sectors to fulfill their responsibilities in safeguarding national security.

Yang Yirui, deputy commissioner of the Ministry of Foreign Affairs of the People’s Republic of China in the Hong Kong Special Administrative Region, described Hong Kong as an indispensable link in safeguarding national security.

Even today, he warned, there’re still some foreign forces which are trying to take every means to turn Hong Kong into an “independence” entity. And, Hong Kong, despite its status as a special administrative region, enjoys no exception in terms of safeguarding national security, Yang pointed out.

Secretary for Security John Lee Ka-chiu said anyone advocating Hong Kong “independence” goes against the Basic Law and is trying to derail “one country, two systems”. That’s a serious mistake and should be dealt in accordance with Hong Kong laws, he said.

Lee noted that many other countries have their own laws to protect national security and the HKSAR, as an inalienable part of China, has a duty and responsibility to safeguard national security.

He said any act that sabotages national security is against the country’s interest and most likely to bring inestimable turmoil and chaos to Hong Kong society, leading to disruption of public order, social peace and serious social and security issues.