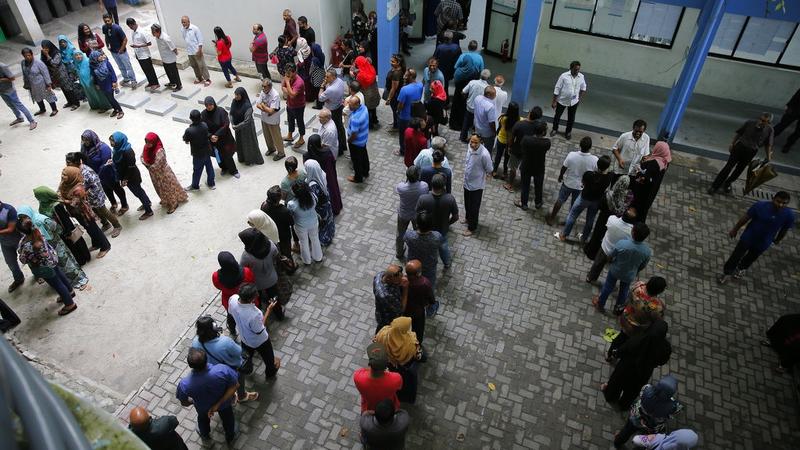 Thousands of voters queued up outside voting centers which had been set across the country, the Elections Commission said.

According to official statistics from the Elections Commission, 262,135 voters are set to cast their votes as 472 ballot boxes have been set up across the island country.

Voting started at 8 am local time on Sunday and will end at 4:30 pm local time.

Preliminary results were expected to come out by early Monday and final results are expected to be announced on Sept 30, local media reports said.