DPRK to send athletes to ROK for Winter Paralympics 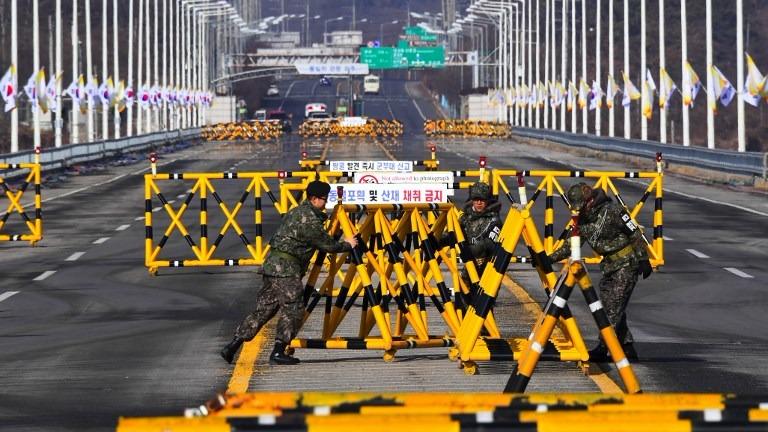 ROK soldiers move barricades on the road leading to the border truce village of Panmunjom before the PyeongChang 2018 Torch Relay in Paju on Jan 19, 2018. (JUNG YEON-JE / AFP)

The ROK and the DPRK on Tuesday held working-level talks to discuss the DPRK's participation in the Winter Paralympics, said the ministry.
The working-level dialogue kicked off at 10 am local time (0100 GMT) as scheduled at Tongilgak, a DPRK building in the truce village of Panmunjom that straddles the two sides.

Both sides sent their respective three-member delegations for the working-level talks.
The Winter Paralympics is scheduled for March 9-18 at ROK's east county of PyeongChang, where the 23rd Winter Olympics was hosted.
The DPRK sent its athletes, cheerleaders and artists to the Winter Olympics. Pyongyang already agreed in January to dispatch its sports delegation, composed of about 150 athletes, cheerleaders and artists, to the Paralympics. 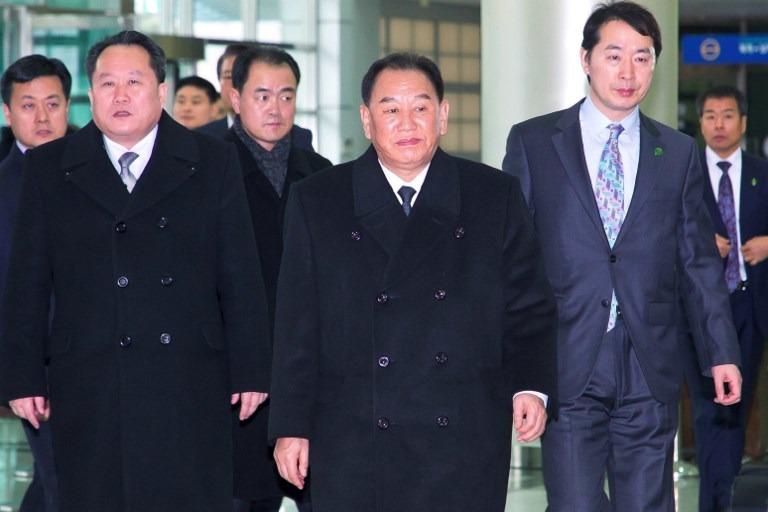 General Kim Yong-chol (center), who is in charge of inter-Korean affairs for DPRK's ruling Workers' Party, arrives to leave for the DPRK from the inter-Korea transit office in Paju near the Demilitarized zone dividing the two Koreas on Feb 27, 2018. (KOREA POOL / AFP)

The DPRK delegation, led by Kim Yong-chol, vice chairman of the Central Committee of the ruling Workers' Party of Korea, crossed the heavily guarded inter-Korean border via land route to the DPRK side at around noon (0300 GMT).
Kim was accompanied by Ri Son-gwon, chairman of the Committee for the Peaceful Reunification of the Fatherland, and six other support staff.
Before heading toward the DPRK, the high-ranking delegation had a breakfast meeting with senior officials of the ROK, including Unification Minister Cho Myoung-gyon, National Intelligence Service (NIS) Director Suh Hoon, and Vice Unification Minister Chun Hae-sung.
READ MORE: Seoul: DPRK delegation says door open for talks with US

During the meeting, the two sides agreed to continue efforts to improve inter-Korean relations and build peace on the Korean Peninsula after the Olympic period.
The DPRK delegation came here Sunday to attend the closing ceremony of the 23rd Winter Olympics.
Before the closing ceremony, the senior DPRK delegates met in Pyeongchang, with ROK's President Moon Jae-in, saying Pyongyang had "enough" willingness to talk with Washington.
On Monday, the chief DPRK delegate said doors are open for talks with the United States without elaborating on any precondition.
The remarks were made during a closed-door meeting with Chung Eui-yong, top national security advisor for President Moon at an unidentified hotel in Seoul.