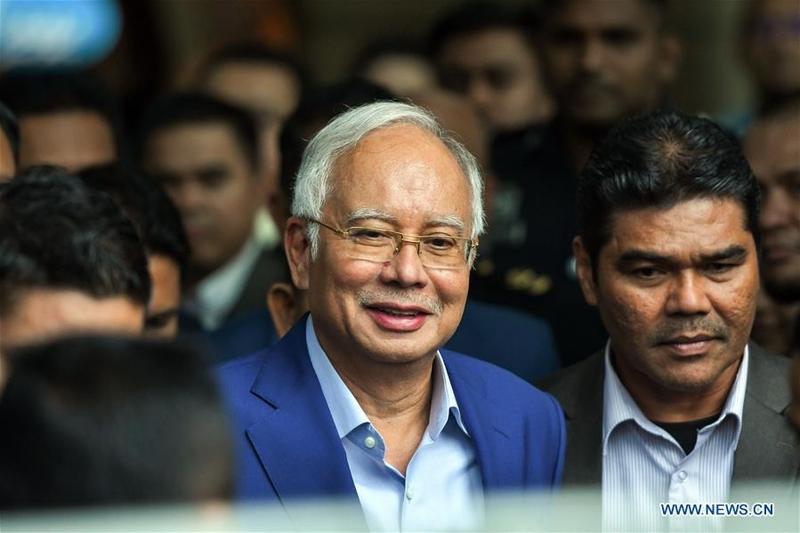 KUALA LUMPUR - Embezzlement and bribery with government money are among the charges that Malaysia is looking to bring against former prime minister Najib Razak following a probe into funds allegedly looted from the state-run fund 1MDB, Prime Minister Mahathir Mohamad said on Tuesday.

Mahathir told Reuters in an interview that Malaysian investigators already "have an almost perfect case" against the principal suspects who had defrauded 1Malaysia Development Berhad (1MDB) and misappropriated billions of dollars in public funds.

He was totally responsible for 1MDB. Nothing can be done without his signature, and we have his signature on all the deals entered into by 1MDB

He also described Najib, who founded 1MDB in 2009, as playing a central role.

"He was totally responsible for 1MDB. Nothing can be done without his signature, and we have his signature on all the deals entered into by 1MDB. Therefore, he is responsible," Mahathir said.

Having retired as prime minister in 2003 after 22 years in power, Mahathir - who is aged 92 - came out of retirement and joined the opposition to topple Najib in an election last month.

Following his stunning victory, Mahathir has reopened investigations into 1MDB and Najib's involvement in its operations.

As a result of an anti-kleptocracy probe, the US Department of Justice has alleged more than US$4.5 billion was misappropriated from 1MDB and that about US$700 million of that ended up in Najib's personal bank accounts.

Mahathir has barred Najib from leaving Malaysia, and police have searched properties linked to him, while anti-graft investigators have questioned both Najib and his wife, Rosmah Mansor.

Najib has consistently denied any wrongdoing. He has said having the nearly US$700 million transferred into his account had been a donation from an unnamed Saudi royal, an assertion Mahathir said the government was preparing to challenge in court.

Responding to Mahathir's comments, Najib denied doing anything illegal, but added that even if he had given any illegal orders at 1MDB, the management and board of the fund would not have been bound to act on it.

"As far as I am concerned, I did not do anything that I thought was illegal (with regards to 1MDB)," Najib told Reuters.

Investigators are looking to bring "a number of charges" against Najib, Mahathir said, adding those charges would be based on abuse of power when he was prime minister.

Mahathir said Rosmah was also being investigated in connection with 1MDB.

"Some of the money is believed to have gone to her, lots of money," Mahathir said. "We know about this, but finding the paper trail is a bit more difficult in this case because she doesn't sign any papers. Najib signs a lot of papers."

Mahathir said he expects Malaysia to make its first arrest in the 1MDB case within months and "hopefully" start a trial by the end of the year.

"We are working as hard as possible at a furious pace. We think that we already have almost a perfect case," Mahathir said.

Asked to name the targets of that case, he said, "Against Najib, against Jho Low and a few others."

Low is a Malaysian financier, who is also seen as a central figure in the 1MDB scandal. He is regarded as close to Najib and his family.

Low's lawyer could not be immediately reached for comment.

"When we go to the courts, we will have clear evidence of the wrongdoing. We cannot afford to lose," said Mahathir. 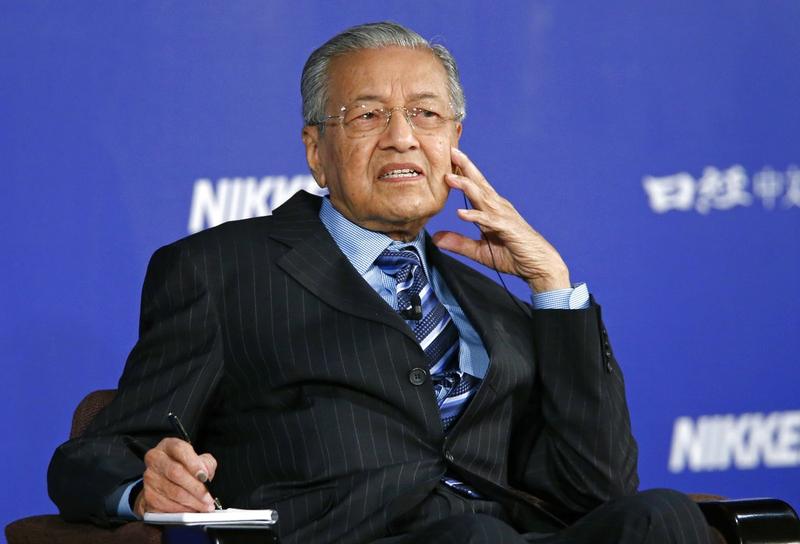 The prime minister said Low had contacted him to try to make a deal on 1MDB -- seeking protection from prosecution in exchange for providing information, but Mahathir said he had turned down the offer. Asked if he would consider reaching any similar kind of arrangement with Najib, Mahathir said: "No deal. No deal."

Mahathir's promises to root out corruption and punish those responsible for the 1MDB fraud was central to his successful campaign to unseat Najib's Barisan Nasional coalition that had ruled Malaysia for over 60 years until last month.

Asked if he would consider reaching any kind of arrangement with Najib, Mahathir said: "No deal. No deal"

Malaysian investigations into 1MDB were essentially shut down during Najib's premiership after the then-attorney general - who was sacked by Mahathir in his first few days in office - cleared him of any wrongdoing even as at least five other countries continued their own investigations.

Mahathir on Tuesday said he was confident of recovering "quite a lot" of the lost 1MDB money, adding Malaysia will look into why Goldman Sachs was paid almost US$600 million for helping 1MDB issue debt, an amount that critics say exceeded a normal level for fees.

Finance Minister Lim Guan Eng told Reuters last week that Malaysia was looking at whether there were grounds for claims against Goldman Sachs and other banks that profited from 1MDB.

Mahathir, who turns 93 next month, is the world's oldest prime minister. Aides, political allies and Mahathir himself say he has been working long hours in his first six weeks, belying his age.

His stint as premier this time around is harder, said Mahathir, in part because of the challenge of rebuilding and restaffing key ministries.

"Before when I was prime minister, the structure of machinery was intact. This time around, I had to form a new government with people who have no experience. And then I find that all the ministries, all the departments have become corrupted."

Asked if he believed there had been other abuses beyond 1MDB, he said: "We don't know for sure, but we have felt that a lot of government money was abused, made use of by the government for non-government purposes."

Mahathir said he also understood he could not make a clean sweep of suspected corruption and keep the government running, as it was hard to find "reliable people" to fill posts.

"We can't sack everybody," he said.