Growing and glowing — all in a power game 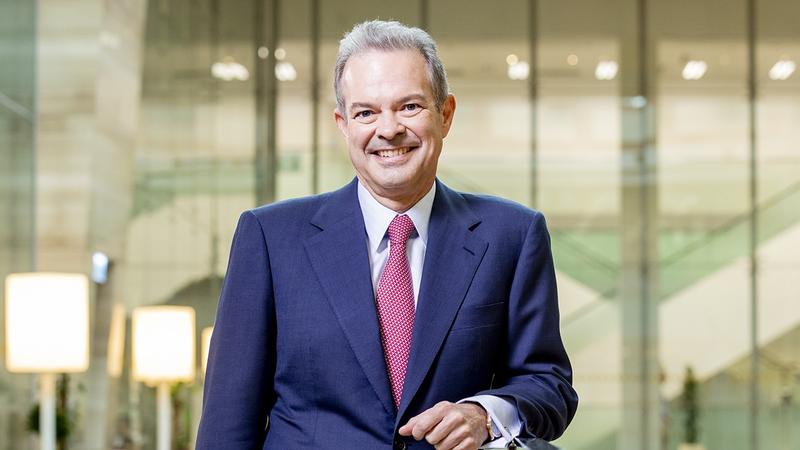 With rapid industrialization hitting a gradual crescendo since the founding of the People’s Republic of China, a reliable and affordable supply of clean energy has gone hand in glove with the nation’s economic progress in the past seven decades.

In the early days of the New China, an acute shortage of energy supply was the norm of the day as demand for power far exceeded what could come off the generators. But, 70 years of incessant efforts have paid off by significantly narrowing the demand-supply gap. China’s reform and opening-up push that started in 1978 has been a huge impetus, boosting the country’s capacity by an exponential 1.9 billion kilowatts at the end of last year, or 32 times of that in 1978.

China’s opening-up process has been a major engine of global growth, creating new opportunities for hundreds of millions of people and businesses, says Richard Lancaster, chief executive of CLP Holdings — the “grand old man” of Hong Kong’s energy landscape and the holding company of CLP Group.

“China has changed a lot over the past three decades and the economy has experienced unprecedented growth,” he told China Daily. “I’ve been impressed by China’s rapid economic development, and I’m fortunate to have been not just a witness, but offered the opportunity to participate in the country’s development.”

CLP Group — one of Hong Kong’s two power companies -- was founded at the beginning of the 1900s at a time when electricity was still a novelty worldwide.

To ease the dearth of power in Guangdong and to cope with the nation’s rising development economic needs, former chairman  Lawrence Kadoorie, whose family joined CLP in 1909, offered to provide electricity to Guangdong when he visited the Chinese mainland in 1975.

It was one of the most critical moves the Hong Kong-based utility enterprises had made. Lawrence Kadoorie — the father of the group’s incumbent chairman Michael Kadoorie — ordered that power lines be laid even before the decision had received the board’s green light. It was all systems go when the decision was formally approved six months later. 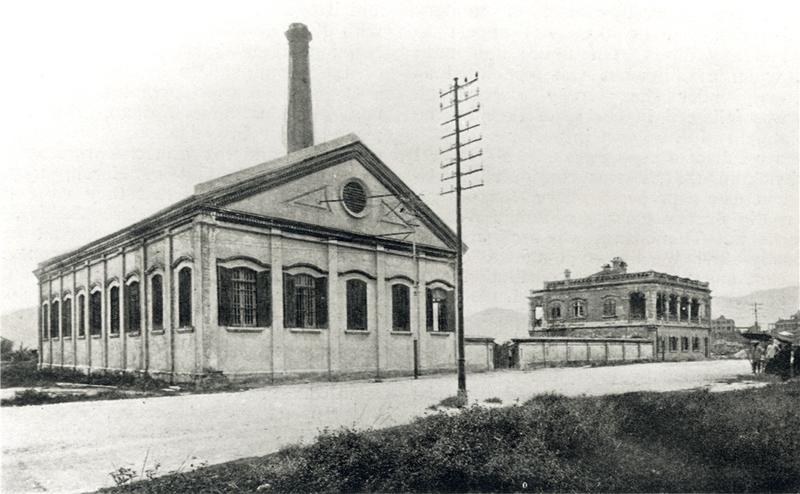 CLP debuted on the mainland in 1979 and started providing electricity to Guangdong through an interconnection with the province’s power grid.

“The idea of interconnection with the mainland is not new and I’ve cherished it for the past 50 years,” Lawrence Kadoorie said at the ceremony for the interconnection. “The agreement will not only provide much-needed electricity, which is the lifeblood of industrial development, but also establishes a link whereby China Light and Power could, in future, obtain power from Guangdong.”

Cooperation in electricity power cooperation between Guangdong and Hong Kong subsequently took off. The interconnection turned out to be the stepping stone for a nuclear power project that followed.

“It was one of the earliest and largest joint-venture projects launched under the open-door policy. The total project cost was equivalent to roughly one-third of China’s foreign reserves at the time,” recalls Lancaster.

The project ran into controversy at the time. There were no precedents when it came to matters like what form a joint venture should take, importing technology and borrowing foreign capital. But, these found staunch support from late State leader Deng Xiaoping.

On his famous southern tour of Guangdong in 1984 — a historic event in China’s reform and opening-up history — Deng said Shenzhen needed to set up a nuclear power station during a visit to the special economic zone. He firmly believed in the idea that “electricity plays a leading role in economic development”.

After the contract was inked in Beijing, Lawrence Kadoorie was warmly welcomed by Deng. The two had developed mutual respect, harboring a common view on the significance of electricity to a country.

Deng noted that the project meant a lot to Hong Kong’s prosperity and stability, representing a paradigm of the reform and opening-up campaign.

The once-marginal practice of selling surplus electricity to the mainland had gradually become a key supplement to the utility company. CLP also began supplying electricity to Shenzhen’s Shekou district since 1986, and the contract ended in June last year. 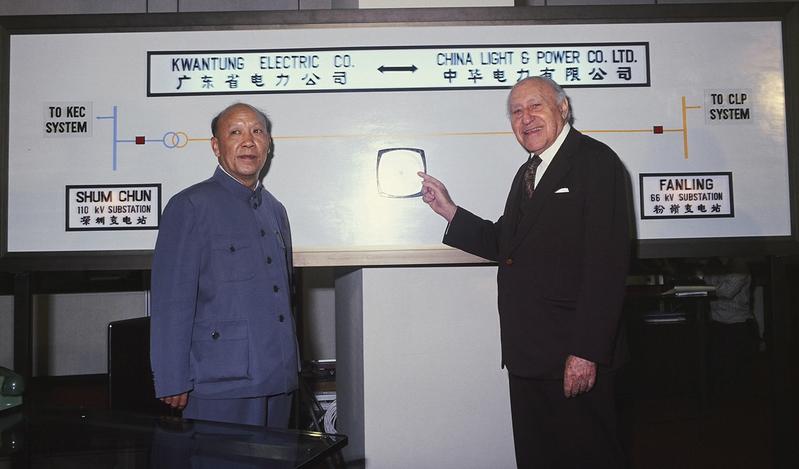 The electricity business opened up a broader market for CLP. Since 1979, the group has plowed about HK$60 billion into the power sector across China, according to Lancaster.

With growing supply capacity, energy efficiency has improved significantly, especially after the 21st century. At the same time, clean energy has hit center stage. Hydro, wind power and solar generators have been making their presence felt, while natural gas has evolved into an increasingly important element in the mainland’s energy strategy.

Mobilized by the government, utility companies are also becoming increasingly aware of the need for transition to the low-carbon economy. In 1996, near Lung Kwu Tan at Tuen Mun in the New Territories, the blades of Hong Kong’s first combined cycle gas turbine started turning, introducing natural gas-fired electricity from Yacheng Gas Field near Hainan Island to the special administrative region.

Over the years, the use of natural gas has also helped the company reduce emissions from its operations.

With the growing demand for natural gas, the sources of gas supply needed to be expanded and diversified. It came at a time when the central government was developing new gas supplies in Central Asia, and CLP was able to take part in the West-East pipeline project and access some of these new supplies through the Hong Kong Branch Line, according to Lancaster.

The West-East pipeline, he says, is important as Hong Kong has no energy resources of its own and needs to import 100 percent of its energy requirements.

“The West-East pipeline project is an example of the successful cooperation that helped Hong Kong improve its energy security. And the import of nuclear power into Hong Kong has enhanced the city’s fuel supply reliability.” 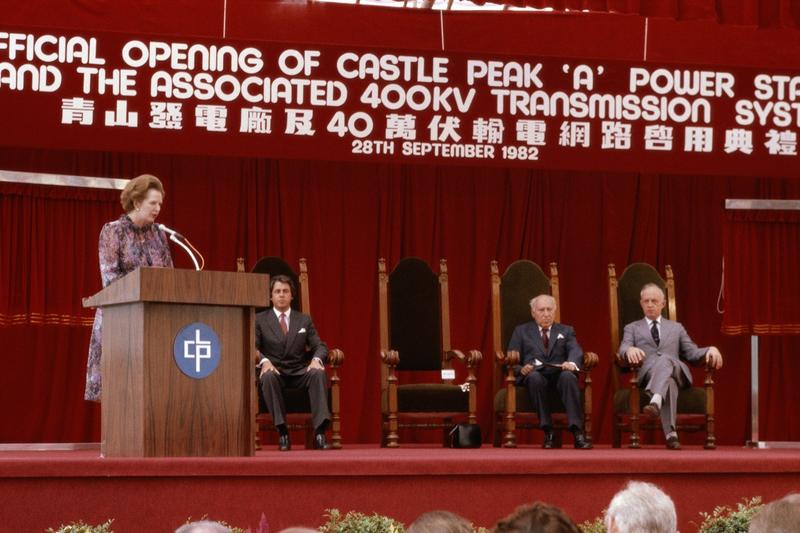 Cooperation with the govt

It can be said that collaboration with the central government and local State-run utility partners is key to success on the mainland for privately-owned CLP.

Speaking of the differences between State- and privately-owned utility firms, Lancaster believes that electricity utilities always need to work closely with governments and regulators and be ever mindful of their social responsibility. Consequently, they provide a vital social function. Whether they are State- or privately-owned, they need to offer an essential service to entire cities and regions. Otherwise, lives will be impacted if the power supply is not reliable, affordable and clean.

In many parts of the world, the provision of electricity has moved from government hands to the private sector, which can bring access to capital markets and operating efficiencies that benefit whole communities, he says.

“Hong Kong has always had the provision of electricity by the private sector and, as a result, has one of the most modern, efficient and reliable power systems in the world.”

The central government has continued to initiate reforms in the power sector and introduce market-oriented policies, which are opening up more new opportunities for private power companies like CLP to join in energy distribution, retail and ancillary services, such as microgrid.

With the development blueprint for the Guangdong-Hong Kong-Macao Greater Bay Area unveiled in February this year, aiming to turn the region into a “role model of high-quality development”, southern China’s electricity distribution market is likely to be more open in engaging more private enterprises.

CLP is all geared for the challenges. “We’re excited over the opportunities to collaborate with our partners in next-generation energy services to support smart-city development in the Bay Area, which is a key national strategic initiative to create a world-class center of technology, finance and innovation in Hong Kong, Macao and cities in Guangdong,” says Lancaster.