On way to becoming a world-class city cluster 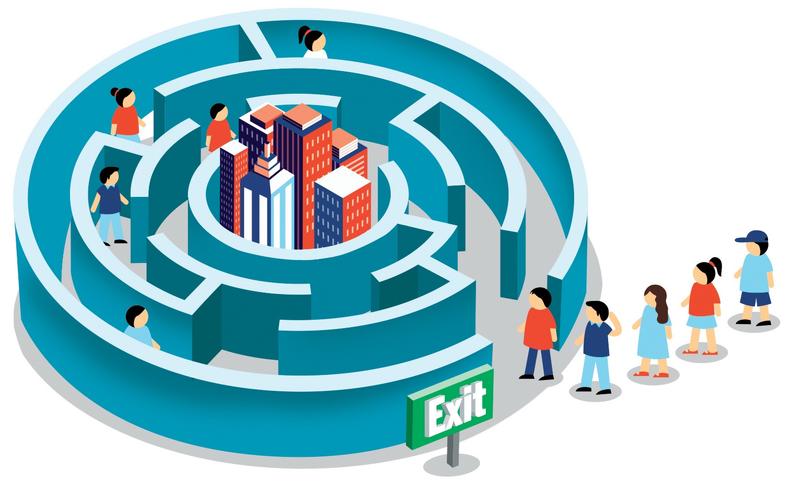 Beijing suffers some serious urban diseases including traffic jams, sky-high housing prices and environmental pollution, which means its population size exceeds its sustainable level. As a result, the centrifugal force is stronger than the centripetal force. In fact, net growth of Beijing's permanent resident population, according to available data, has been declining since 2011.

The second factor is Beijing's policy decision to shift its noncapital functions to Xiongan New Area in Hebei province as part of the coordinated development plan for Beijing, Tianjin and Hebei, which was elevated to a national strategy level in 2014.

Since then Beijing has implemented stricter population-control measures such as increasing the threshold for getting a Beijing hukou (permanent household registration), shutting down wholesale markets, relocating industrial units, introducing a lottery for car licenses, and taking strict action against illegal buildings, which have effectively curbed the increase of immigrant population, and slowed down Beijing's population growth rate.

Third, because of the talent competition among major cities, many first-and second-tier cities in China including Shenzhen, Wuhan and Tianjin have introduced successful policies to attract "drifters" and new college graduates from Beijing.

Although Beijing has also implemented policies to attract talents, they mainly focus on high-end talents, as the capital aims to compete with top global cities such as New York City and London.

The slowing economy, the aging population problem and the rural rejuvenation strategy have also contributed to the decline in the growth rate of Beijing's population, which, in fact, will facilitate the healthy development of the city by curing many of its urban diseases. A decline in urban population growth means fewer traffic jams, less pressure on the housing and public service sectors, and a decrease in urban scale and resource use, which are necessary for sustainable development.

But the decline in population growth could also affect the capital's economic development, because for a relatively high development rate, an urban economy depends on the constant supply of workforce. And statistics show that the number of Beijing's permanent residents aged between 15 years and 59 years began declining in 2014.

The negative growth in Beijing's permanent resident population may also affect the development of the Beijing-Tianjin-Hebei region, which is expected to create opportunities for other cities in the region, especially those in Hebei, to cultivate industries, accelerate their economic development and expand their urban scale.

However, as Beijing's non-capital functions are shifted to Xiongan, the new area will attract more talents from home and abroad, which will facilitate its rapid growth. And the rapid development of cities in Hebei will help narrow the development gap in the Beijing-Tianjin-Hebei region, optimize the urban population distribution, improve the urban public welfare and security systems, promote the coordinated development of Beijing, Tianjin and Hebei, and eventually turn the Beijing-Tianjin-Hebei region into a world class city cluster.

The author is a researcher at the Institute of Industrial Economics, Chinese Academy of Social Sciences.