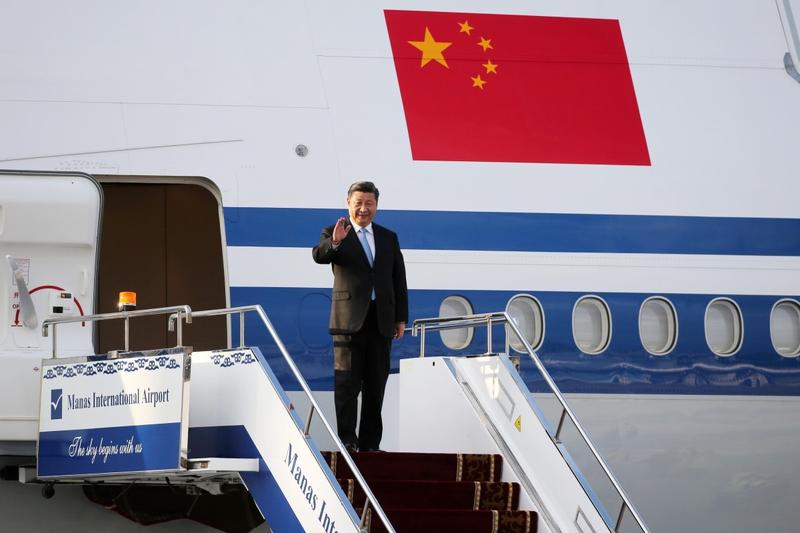 Xi was received by his Kyrgyz counterpart, Sooronbay Jeenbekov, at the airport. The two presidents had a cordial talk.

Xi thanked Jeenbekov for meeting him in person at the airport and conveyed to the Kyrgyz people cordial greetings and best wishes from the Chinese people.

Xi pointed out that China and Kyrgyzstan are connected by mountains and rivers and the two peoples have been living side by side from generation to generation.

He added that the ancient Silk Road linked the two countries together. 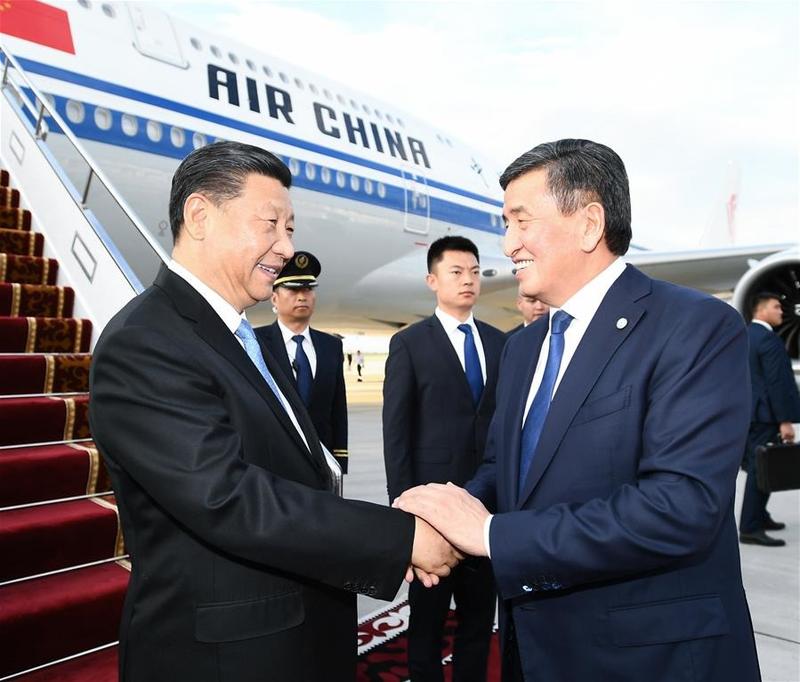 With continuous deepening of their comprehensive strategic partnership and fruitful results in their Belt and Road cooperation, Xi said, China and Kyrgyzstan have become truly good neighbors, good friends and good partners.

Xi said he will have an in-depth exchange of views with Jeenbekov on deepening the China-Kyrgyzstan comprehensive strategic partnership, jointly building the Belt and Road, expanding mutually beneficial cooperation in various areas, and other international and regional issues of common concern, so as to chart the future course for bilateral relations.

The Chinese president said he is convinced that the visit will consolidate the traditional friendship between China and Kyrgyzstan and lift the bilateral comprehensive strategic partnership to a higher level. 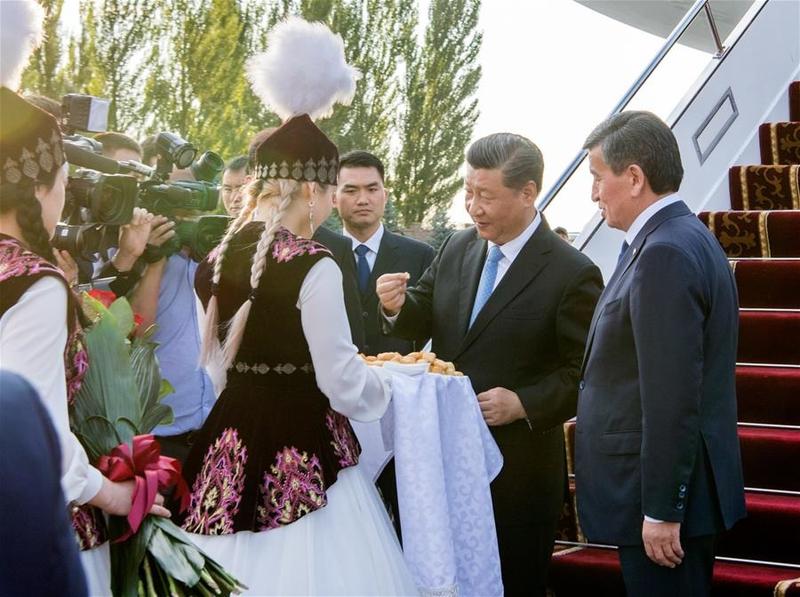 Jeenbekov warmly welcomed the Chinese leader, saying that he has long been looking forward to Xi's visit. He added that his country appreciates China's strong support for his country's hosting of the SCO summit.

Noting that Kyrgyzstan sits next to China's Xinjiang Uygur autonomous region, Jeenbekov said his country deeply admires the rapid development in Xinjiang and China at large, as well as the accomplishments achieved by the Communist Party of China and the Chinese government under Xi's leadership.

Xi and Jeenbekov met at the presidential residence in the Kyrgyz capital of Bishkek right after the Chinese president arrived.

Reflecting on the traditional friendship between the countries, the two heads of state discussed the future of bilateral relations with an in-depth exchange of views on issues of common concern.

Noting that it is his second visit to Kyrgyzstan in six years, Xi expressed the delight of visiting an old friend. 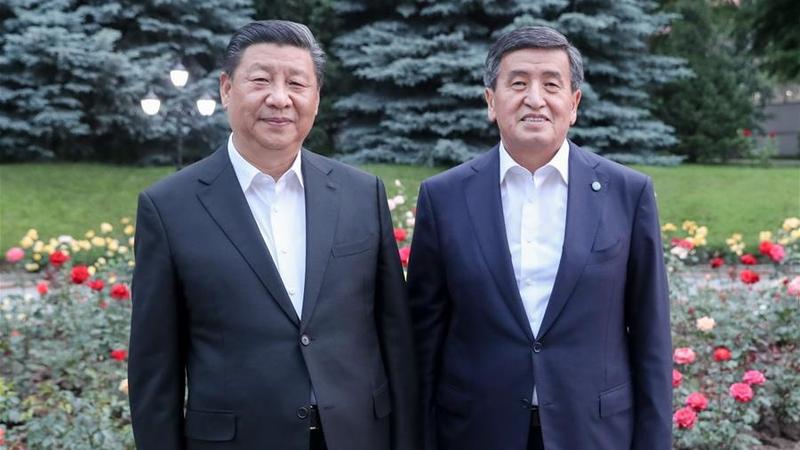 Substantial advances in bilateral ties have been made over the past 27 years since the establishment of the China-Kyrgyzstan diplomatic relationship, Xi said.

Jeenbekov said he appreciates the great importance Xi attaches to bilateral relations. He expressed warm congratulations on the 70th anniversary of the establishment of the People's Republic of China and wished China greater achievements.

Recalling his attendance last week at a release ceremony for the Kyrgyz edition of the first volume of "Xi Jinping: The Governance of China," Jeenbekov said the book is of great significance for Kyrgyzstan to learn from China's experience and promote its own reform and development.

Jeenbekov stressed that Kyrgyzstan firmly supports the measures taken by the Chinese government in safeguarding peace and stability in Xinjiang Uygur Autonomous Region and cracking down on extremism. He also thanked China for its strong support and assistance to Kyrgyzstan.

Kyrgyzstan is the first stop of Xi's two-country Central Asia trip, which will also take him to Tajikistan for a state visit and the fifth summit of the Conference on Interaction and Confidence Building Measures in Asia in the Tajik capital of Dushanbe.