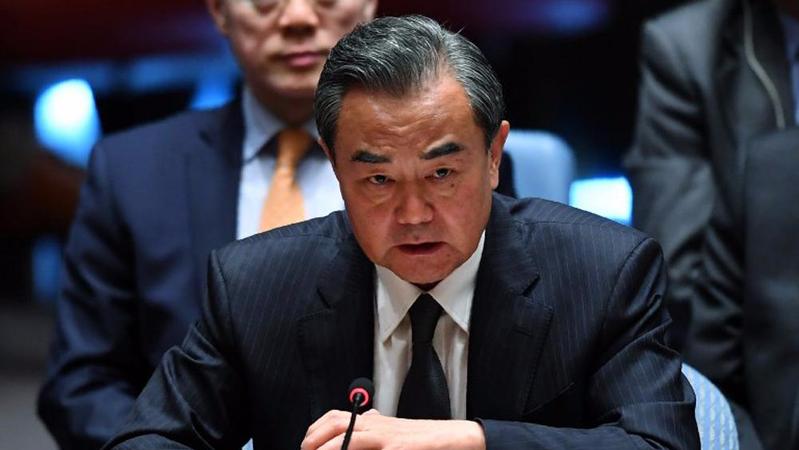 In this Sept 20, 2017 photo, Chinese Foreign Minister Wang Yi attends a meeting of the UN Security Council on peacekeeping operations, during the 72nd session of the General Assembly in New York. Wang urged China, India and Russia on Dec 11, 2017 to strengthen their strategic communication and coordination to bring more certainty to the world. (TIMOTHY A CLARY / AFP)

NEW DELHI – China, Russia and India should strengthen their strategic communication and coordination to stabilize the international situation and bring more certainty to the world, Chinese Foreign Minister Wang Yi has said.

As influential major countries and emerging economies in the world, the three nations will shoulder their due responsibility to bring certainty and "positive energy" to regional and world peace and prosperity, Wang said at a press conference on Monday.

The foreign ministers of China, India and Russia vowed to enhance global and regional cooperation in combating the "three evil forces" – terrorism, separatism and extremism

He met the press after the 15th trilateral meeting of the foreign ministers from China, Russia and India in the Indian capital.

Wang said that during the meeting, he briefed his Russian and Indian counterparts on the significance of the 19th National Congress of the Communist Party of China and China's foreign policies in the new era.

The Chinese top diplomat stressed that China would seek its national rejuvenation through peaceful development.

China is willing to jointly build a new type of international relations featuring mutual respect, fairness, justice and win-win cooperation in order to build a community of shared future for humanity with lasting peace, universal security, common prosperity, openness and inclusiveness as well as a clean and beautiful world, he said.

The three ministers expressed their belief that various crises in the world should be resolved in accordance with the international law and the principles enshrined in the UN Charter and through dialogue and consultation between countries concerned, without resorting to force. 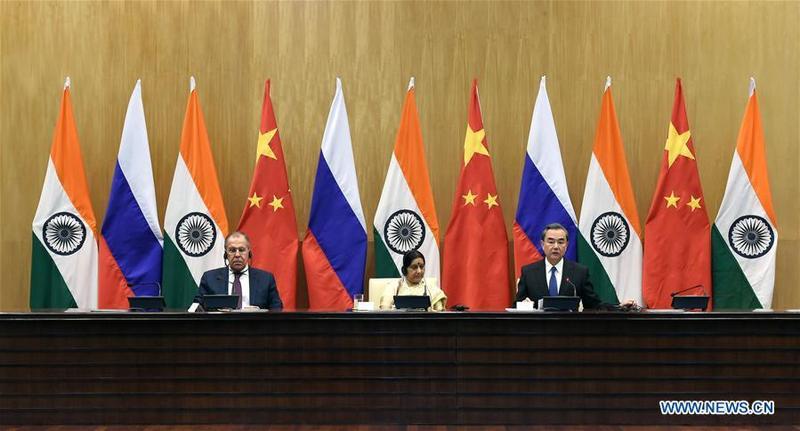 They also vowed to enhance global and regional cooperation in combating the "three evil forces" of terrorism, separatism and extremism.

The three countries pledged to strive for an open world economy for innovative, interconnected, inclusive and sustainable development, as well as for economic globalization characterized by openness, inclusiveness, universal benefit, balance and win-win results, Wang said.

They agreed to promote reform of global economic governance to increase the representation and say of emerging economies and developing countries.

To promote regional economic integration, the three nations decided to boost the connectivity on the Eurasian continent under the principle of policy consultation, infrastructure connectivity, trade promotion, financial cooperation and people-to-people exchanges for regional integration.

Wang said the three ministers reached consensus on addressing climate change, advancing human rights protection and strengthening cooperation at the platform of the Shanghai Cooperation Organization and BRICS summit, adding that they also exchanged views on the hot issues such as Afghanistan and the Middle East situation among others.