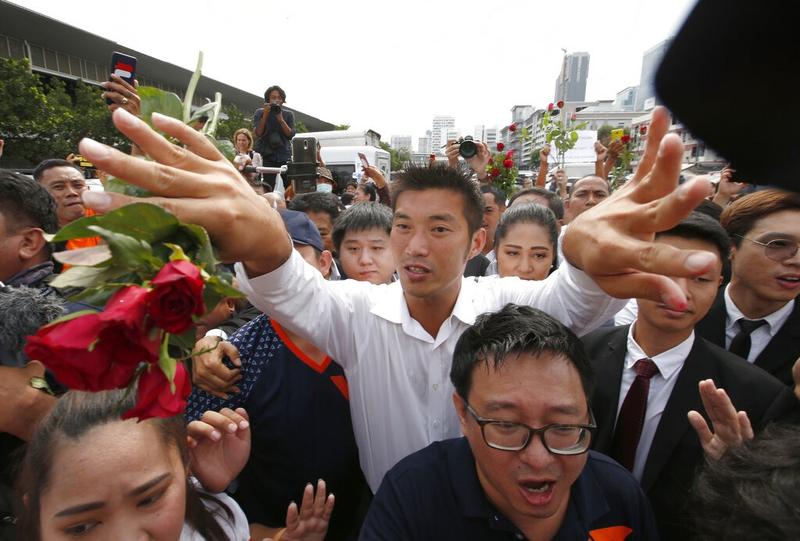 BANGKOK — The leader of a popular new Thai political party that ran a strong third in last month's general election was formally charged with sedition on Saturday and expressed concern that he is to be tried in a military court.

Thanathorn Juangroongruangkit was greeted by hundreds of supporters chanting "Keep fighting, Thanathorn!" as he arrived at a Bangkok police station to answer a summons on complaints of sedition, assisting criminals and illegal assembly filed by a member of the country's ruling military junta.

I'm concerned because this case is under the military court instead of the criminal court. That is quite unsettling.

He denied the charges, which carry a prison sentence of up to nine years.

"I'm concerned because this case is under the military court instead of the criminal court," Thanathorn, leader of the Future Forward Party, told reporters. "That is quite unsettling."

While he said he was treated fairly by police, he maintained his innocence. He said "many citizens in Thailand" have been charged with sedition, "including those who have not received any public attention."

"The regime creates fear for society to silence us," Thanathorn said. "I insist I am innocent and I am ready to stand firm in the court proceedings. I urge all Thais and the international community to call for civil rights ... for the betterment of our society."

Thailand's deputy police chief, Srivara Ransibrahmanakul, said Wednesday that the charges against Thanathorn stem from his role in a student demonstration on June 24, 2015. He said the case had stalled because of several reshuffles among the responsible officers.

Thanathorn, however, said he views the case as politically motivated because "the timing couldn't have been more coincidental than this — just one week after elections."

Thailand has been led by a military government since a 2014 coup. The ruling junta has kept a tight lid on dissent, slapping criminal charges against critics, with some detained for weeks for "attitude adjustment" sessions at military bases in efforts to change their views. 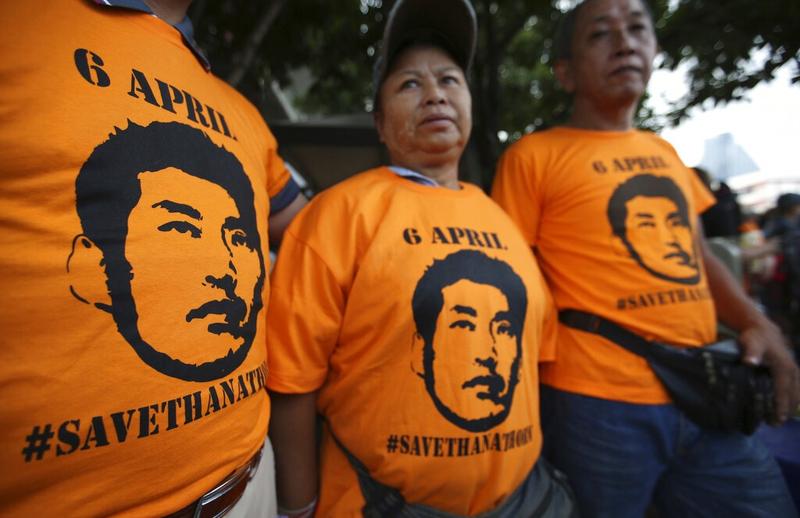 The coup leader, Prayuth Chan-ocha, became junta chief and prime minister and is now seeking to lead the next government after a party backing his reappointment won the most popular votes in the March 24 election, according to preliminary results.

Sakda Tanpratoomwong, a Bangkok supporter who voted for Future Forward, said he came to the police station on Saturday to "show support to Thanathorn" and "to fight injustice in this country." He held up a sign that read "End of age of dinosaur." He said another person came with him in a dinosaur mascot to symbolize old Thai politics.

Thanathorn's party said the police interview was observed by several embassy and U.N. representatives, including those from the US and the European Union. They declined to comment to reporters.

Future Forward positions itself as youth-oriented and is deeply opposed to the military rule. Its strong showing in the election has made it a target for the military and its supporters. Several criminal complaints and protests to election authorities have already been lodged against Thanathorn and his party.

The election results are due to be ratified by May 9. Meanwhile, political parties are in a race to gather enough support to form the next government.