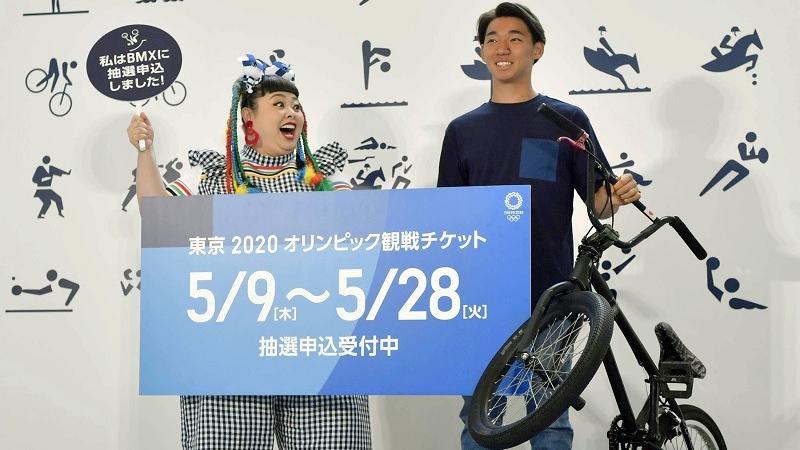 Japanese comedian Naomi Watanabe, left, and BMX rider Rimu Nakamura attend an event to mark the start of application to buy tickets for the 2020 Tokyo Olympic Games, in Tokyo May 8, 2019. (YU NAKAJIMA / KYODO NEWS VIA AP)

TOKYO - If you're a Japan resident and you want tickets for next year's Tokyo Olympics - be patient.

Tokyo organizers on Friday said delays and long waits to get an online response met Japan residents who tried to enter the ticket lottery on the first day it opened.

The ticket lottery for Japan residents began Thursday and will continue through May 28. Tickets for non-Japanese residents go on sale on June 15 in other countries, where tickets are sold by so-called "Authorized Ticket Resellers" for the games which are 15 months away.

Officials said that at one point on Thursday, 180,000 applicants were simultaneously in a waiting line.

Hidenori Suzuki, the head of ticketing, said ticket buyers need not rush. He said applications will be treated the same in the lottery, whether they are received on the first day, or the last day. Allocations will be announced on June 20.

This is the first phase of ticketing in Japan with others to follow.

Buyers overseas will pay more for ticket because resellers - appointed by national Olympic committees - can tack on a 20% handling charge.

In addition, many tickets are packaged by resellers with top hotels and other perks, and the markups can be much more than 20%. Many of these packages go to wealthy fans for whom price is not always a concern.

Organizers estimate 7.8 million tickets will be available, with 20-30 percent dedicated to sales outside Japan.

Despite the early demand, tickets are likely to be left over, or ordered and not paid for. Tokyo organizers will open sales globally in the spring of 2020, meaning any remaining, unsold tickets can be purchased at the prices offered in Japan. 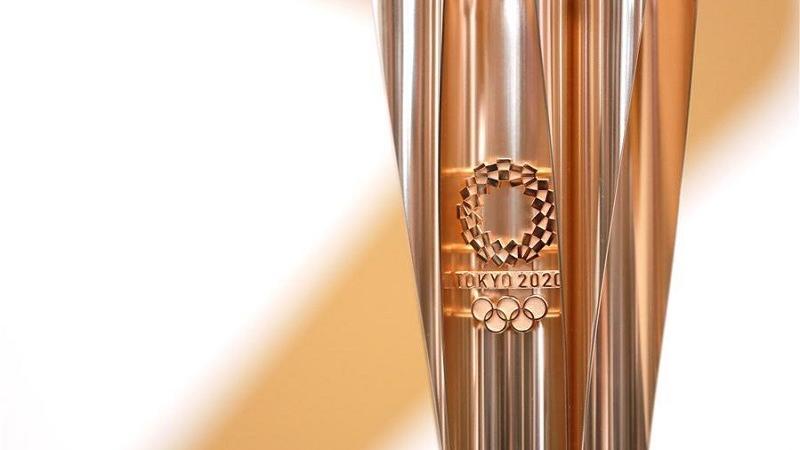 Scalping tickets is always a problem at the Olympics. Japan recently passed a law that bans selling tickets at above the original prices. Violators face fines of up to 1 million yen (US$9,100), or a one-year jail term - or both.

At the 2016 Olympics in Rio de Janeiro, International Olympic Committee member Patrick Hickey was arrested by Brazilian authorities on charges of scalping tickets. He denied any wrongdoing. He is temporarily suspended as an IOC member.

Organizers hope to generate about US$800 million from ticket sales, a large source of revenue for the US$5.6 billion privately funded operating budget. Overall, Japan will spend about US$20 billion to prepare for the games, and about 70% is public money.