HK likely to stay as most popular city with global visitors 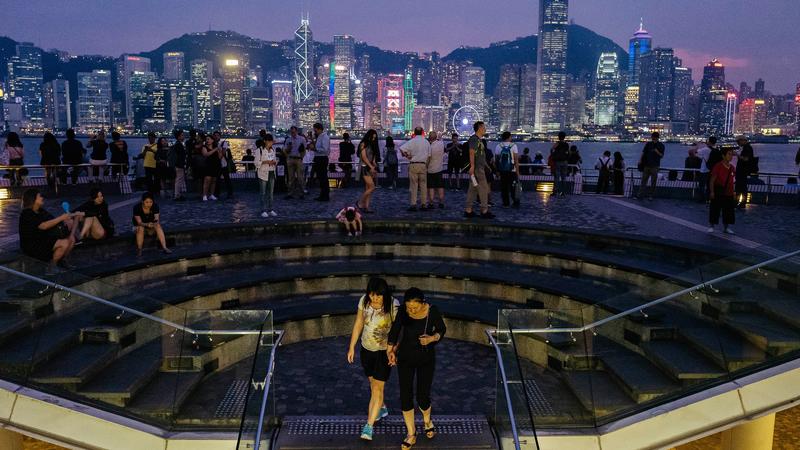 In this undated photo, people look out from the waterfront in the Tsim Sha Tsui district as buildings across the Victoria Harbour stand illuminated at night in Hong Kong. (ANTHONY KWAN / BLOOMBERG)

Hong Kong is likely to hold on to its status as the world's most popular city with international visitors in 2019, despite months of unrest stemming from the extradition bill incident that have led to a sharp drop in tourist numbers. Meanwhile, New York City falls out of the top 10, and Delhi joins the ranks for the first time.

Bangkok is expected to take second place, followed by Macao and Singapore, in the Top 100 City Destinations report

London is predicted to round out the top five, although it’s dropped two places amid an uncertain future as Brexit potentially leads to tighter visa restrictions for EU nationals.

Globally, inbound arrivals are expected to rise 4.2 percent in 2019, to 1.5 billion trips.

New York City, the most popular American destination with international travelers, is expected to sink from eighth spot to number 11, while Miami (29), Los Angeles (33) and Las Vegas (38) were the next highest US cities on the list. Competition from Asia and Europe has seen most American cities slip in recent years, despite positive growth in arrivals for most.

Growing trade tension with China is “one of the main concerns for the travel industry,” according to the report’s author, Rabia Yasmeen, who added that many US cities are actively attempting to tap the lucrative Chinese tourist market. 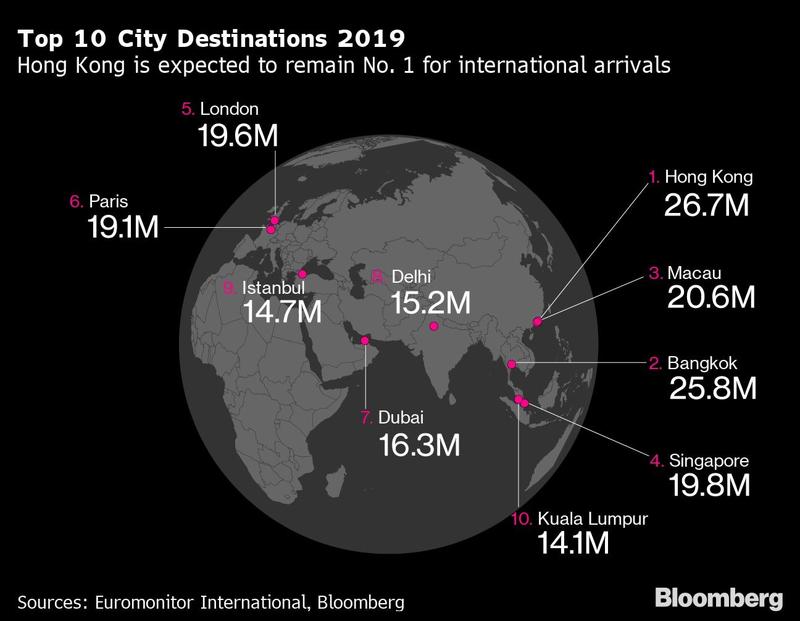 Euromonitor’s research covers overseas visitors, or “arrivals,” who stay longer than 24 hours and less than one year in over 400 cities around the world. Arrivals include people travelling for business, leisure and to visit family or friends, but excludes those in employment or education abroad as well as military personnel, transportation crew, cruise passengers and people displaced by war or natural disasters.

The 2019 rankings were calculated using estimates based on part-year arrivals data, meaning Hong Kong’s place as the global travelers’ capital could still change. The city’s tourist industry has been badly hit by protests that have raged almost every week since June.

However, Euromonitor senior analyst Simon Haven said strong arrivals numbers in the first half of the year would lessen the impact of the protests on total annual visitor numbers. “Over the period January to June of 2019, inbound arrivals grew by 14% versus the same period last year. In July, arrivals started to drop, with the most notable drop being in August, when the city experienced a 40% drop versus August 2018,” he wrote in an email.

“Based on the latest data available from the Hong Kong Tourism Board, as well as Euromonitor forecasts, total inbound arrivals into Hong Kong are expected to drop by 5% to 10% in 2019,” Haven wrote. This degree of decline would keep the Asian financial hub in pole position in 2019, given its lead over Bangkok and strong performance in 2018. 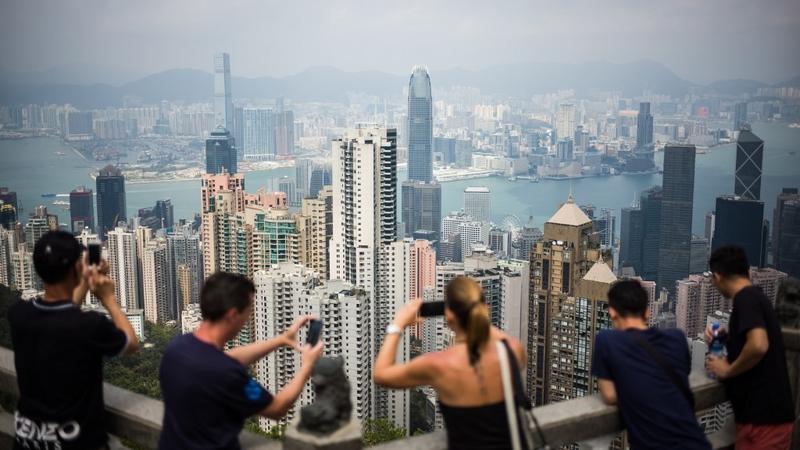 More broadly, the Euromonitor list shows that Asian tourism is booming. The region accounts for significantly more locations than any other, and the number has risen steadily since the first edition was published in 2013. Travelers within Asia are responsible for much of the growth, according to the report, as income levels rise and the numbers of Chinese visitors to other countries – as well as millennial travelers from around the region – increase.

The biggest leap up the rankings in 2019 is expected to come from Hurghada in Egypt, which is forecast to take 63rd position after joining the top 100 in 82nd place last year. Thanks in part to a tourism reform program and improving security, Egypt remains North Africa’s leading destination, with Cairo also enjoying strong growth. Other notable climbers among the top 100 include Indian cities such as Agra and Bangalore, and Cebu in the Philippines.

In Europe, more traditional travel hotspots like Barcelona, Milan and Vienna have slid down the rankings, while cities in “off the beaten path destinations such as Croatia, Slovenia and Sweden have moved up,” the report said. For the most part, however, such locations are yet to break the top 100.