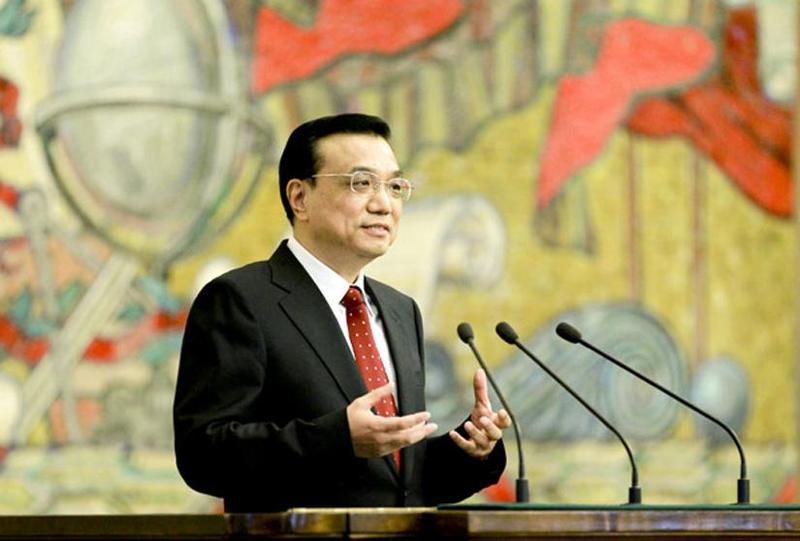 In this April 28, 2012 file photo, Chinese Premier Li Keqiang delivers a speech at Moscow State University in Moscow, Russia. Li arrived in Budapest on Nov 26, 2017 for an official visit to Hungary and for the sixth meeting of heads of government of China and 16 Central and Eastern European countries. (PHOTO XINHUA)

Li announced the establishment of China-CEEC Inter-Bank Association and the second phase of China-Central and Eastern Europe Investment Cooperation Fund in a keynote speech to the seventh China-CEEC Economic and Trade Forum held in the Hungarian capital city of Budapest.

The China Development Bank will provide an amount equivalent to 2 billion euros (US$2.4 billion) as development-oriented financial cooperation loans for the inter-bank association, Li said.

Meanwhile, the Chinese premier said the second phase of the investment cooperation fund that totaled US$1 billion will be mainly invested in Central and Eastern Europe.

Li arrived in Budapest on Sunday for an official visit to Hungary and for the sixth meeting of heads of government of China and 16 Central and Eastern European countries.

During his stay in Hungary, Li will hold bilateral meetings with CEEC leaders and work with them to outline future cooperation.

He will also witness the signing of a series of cooperation documents and celebrate the fifth anniversary of the establishment of the 16+1 cooperation.