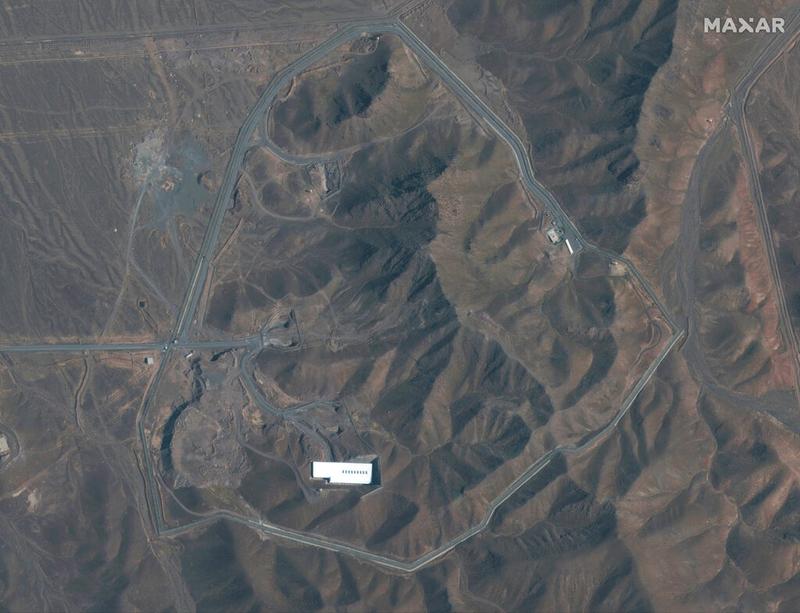 Tehran meanwhile also acknowledged blocking an official from the International Atomic Energy Agency from visiting its nuclear site at Natanz last week, the first known case of a United Nations inspector being blocked amid heightened tensions over its atomic program.

These latest steps put additional pressure on Europe to offer Iran a way to sell its crude oil abroad despite the US sanctions imposed on the country since US President Donald Trump unilaterally withdrew America from the nuclear deal over a year ago.

The state-run IRNA news agency, citing Iran's atomic agency, said the IAEA official was stopped "due to concerns over carrying suspicious materials." The inspector later left Iran without completing her visit, it said

The gas injection began after midnight at Fordo, a facility built under a mountain north of the Shi’ite holy city of Qom, the Atomic Energy Organization of Iran said. A UN official from the IAEA witnessed the injection, it said. The centrifuges ultimately will begin enriching uranium up to 4.5%, which is just beyond the limits of the nuclear deal, but nowhere near weapons-grade levels of 90%.

Fordo's 1,044 centrifuges previously spun without uranium gas for enrichment under the deal, which saw Iran limit its uranium enrichment in exchange for the lifting of economic sanctions. The deal had called for Fordo to become "a nuclear, physics and technology center."

ALSO READ: Rouhani: Iran will up uranium to 'any amount we want'

Iran acknowledged Fordo's existence in 2009 amid a major pressure campaign by Western powers over Tehran's nuclear program. The West feared Iran could use its program to build a nuclear weapon; Iran insists the program is for peaceful purposes.

Meanwhile, the Atomic Energy Organization of Iran said it had blocked a female IAEA inspector from its facility at Natanz, where centrifuges also enrich uranium. Iran said an alarm went off while the woman tried to enter the facility, causing officials there to stop her from going in. 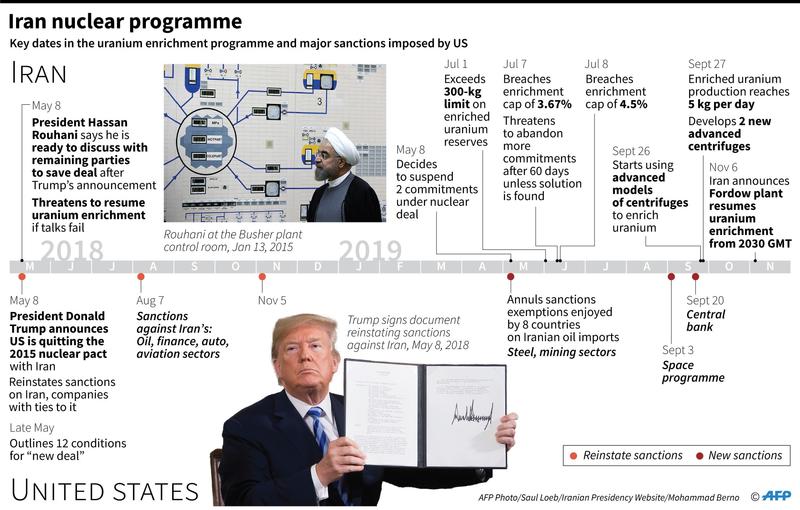 The state-run IRNA news agency, citing Iran's atomic agency, said the woman was stopped "due to concerns over carrying suspicious materials." The inspector later left Iran without completing her visit, it said.

This marks the first known time of Iran blocking an inspector amid the tensions. Iran said it planned to address its decision to block the inspector at a meeting of the IAEA Thursday in Vienna.

Iranian officials repeatedly have stressed the steps taken so far, including going beyond the deal's enrichment and stockpile limitations, could be reversed if Europe offers a way for it to avoid US sanctions choking off its crude oil sales abroad. However, a European trade mechanism has yet to take hold and a French-proposed US$15 billion line of credit has not emerged.

The collapse of the nuclear deal coincided with a tense summer of mysterious attacks on oil tankers and Saudi oil facilities that the US blamed on Iran. Tehran denied the allegation, though it did seize oil tankers and shoot down a US military surveillance drone.