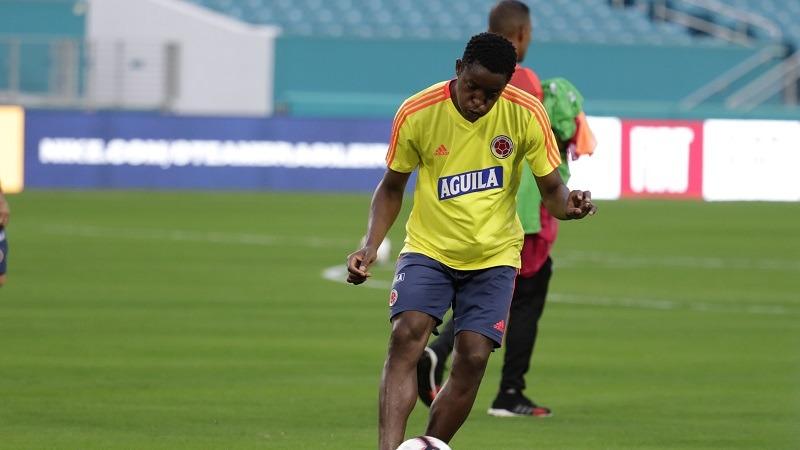 LONDON - Everton defender Yerry Mina has been fined and warned about his future conduct after appearing in an advertisement for a Colombian betting company.

Mina, a center back for Colombia's national team, admitted to a misconduct charge by the English Football Association.

Mina, a center back for Colombia's national team, admitted to a misconduct charge by the English Football Association

Mina breached the FA's betting rules by taking part in a promotional advert for Betjuego.

Everton said Mina demanded the ad, which was only broadcast in Colombia, be removed as soon as he was informed it breached betting rules in England, and that he did not profit directly from the ad because the fee was going to his charitable foundation for disadvantaged children in Colombia.

The club also said Mina hadn't understood the FA's rules on betting because his command of English was limited.

In another verdict announced Tuesday, Jordan Stevens of English club Leeds was given a six-week ban and fined 1,200 pounds (US$1,500) after admitting to placing 59 bets on soccer between August 2018 and May 2019 - five of which involved Leeds.